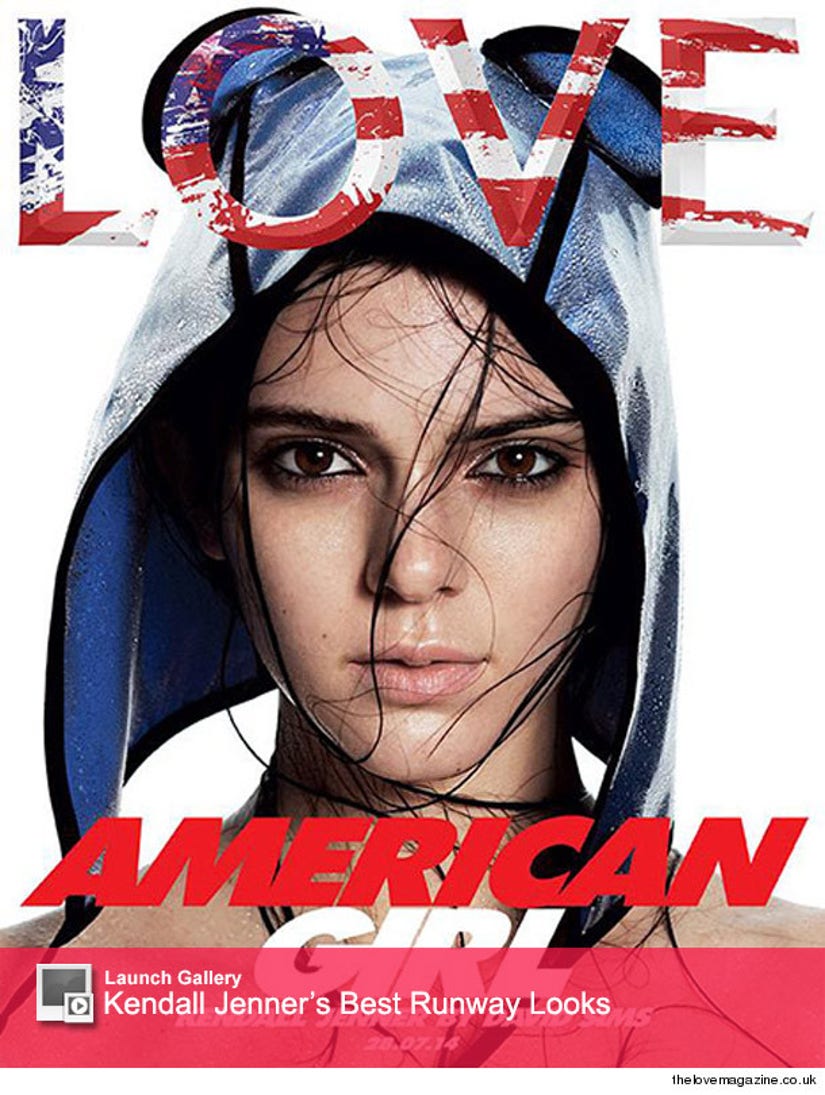 The "Keeping Up with the Kardashians" star covers the "American Girl" issue of Love magazine, where she opens up about making it in the modeling world, despite her reality TV background.

While the 18-year-old beauty loves the support she gets from her famous family, she doesn't want them at her runway shows!

Jenner -- who walked the runway for Marc Jacobs during New York Fashion week and the Chanel shows at Paris Fashion Week -- says she turned down half sister Kim Kardashian when she asked if she could watch her little sis hit the catwalk.

"Kim was invited to a lot of the shows that I was in," she explains (via The Cut). "She called me before and was like, 'Hey, I was invited to the show, I just wanted to let you know. Do you want me to come?' and I was like, 'No.'"

We can understand why Kendall didn't want the frenzy that comes with Kim at her fashion shows.

Jenner has tried to distance herself from the family's hit E! show, and tells that mag that when she was first getting started, her famous last name really worked against her.

"I was like, 'You know what? I want to be high fashion. I want to be taken seriously ... People think that [success] just came to me. But it didn't," she reveals. "What I have has almost worked against me. I had to work even harder to get where I wanted because people didn't take me seriously as a model. Because of the TV show. I went on castings and some people weren't feeling me because of my name. But it was great when people didn't recognize me. I was like, 'Thank you. Please don't recognize me.'"

Today, Kendall and her sister Kylie Jenner have a successful clothing line with PacSun, and the brunette beauty even landed her very own spread on Vogue.com. The model is also the new face of Givenchy.

We're definitely excited to see what the gorgeous starlet does next -- what do you think about Kendall's candid comments?

Tell toofab below and click "Launch Gallery" above to see Jenner's runway looks!