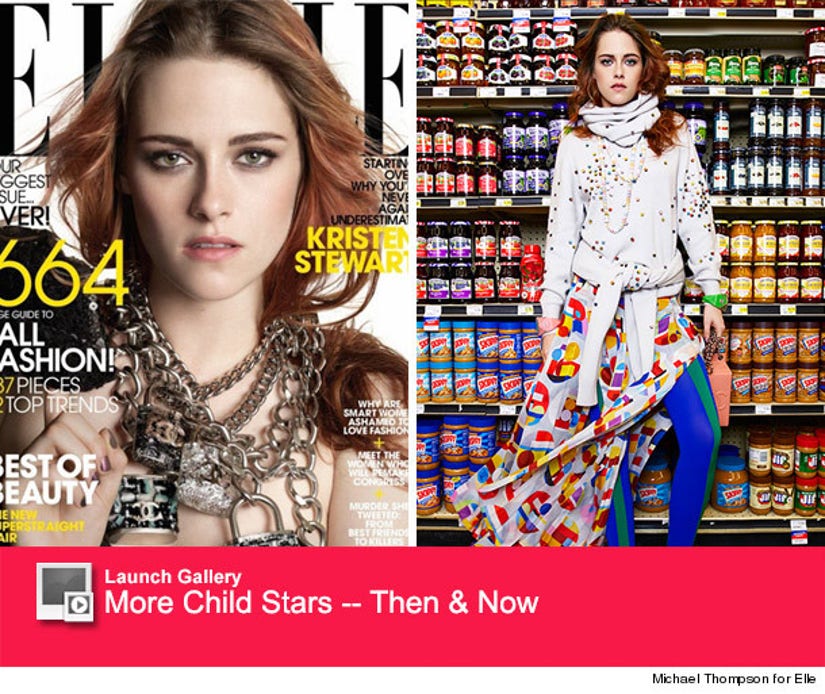 The "Twilight" star covers the September fashion issue of Elle magazine, where she opens up about her career and dealing with the limelight.

The brunette beauty also looks gorgeous in the accompanying photo spread -- she cleans up nice, right?!

While Kristen's only 24-years-old, it definitely sounds like she's wise beyond her years. And when it comes to Hollywood, she knows that the best thing she can do is to stay true to herself.

"Never at any point have I sat down and plotted how I should proceed from here on," she reveals.

"As soon as you start thinking about your career as a trajectory—like, as if you're going to miss out on some wave or momentum—then you're never doing anything for yourself anyway. Then you're truly, actually, specifically working for the public. You're turning yourself into a bag of chips."

Stewart's also had to deal with her fair share of drama in the spotlight -- in 2012 she was photographed getting intimate with "Snow White and the Huntsman" director Rupert Sanders. 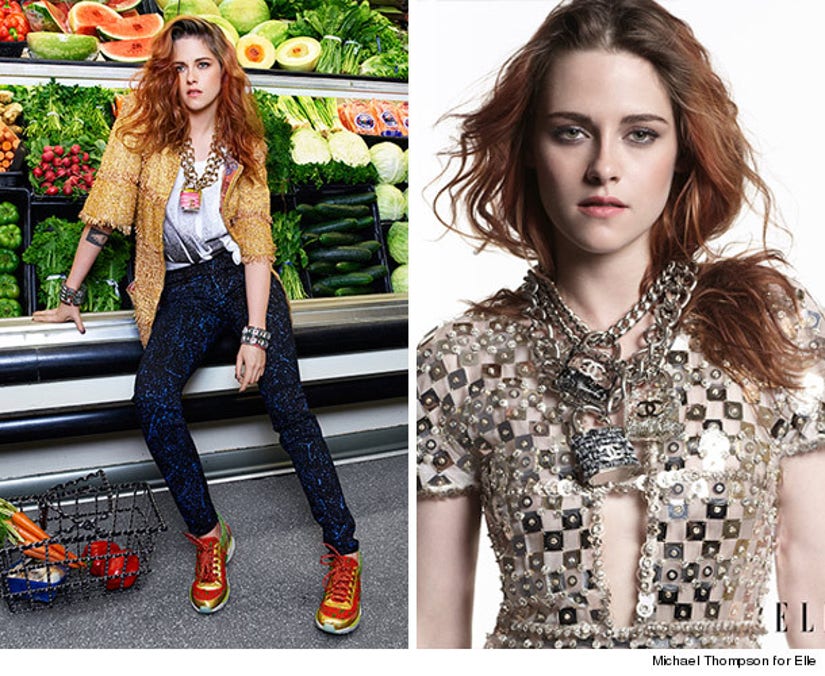 Today, the actress just tries to keep a low profile when it comes to the paparazzi.

"Now I feel like if I smiled for a paparazzi photo—not that I ever would—that's exactly what people would be desecrating me for. They'd be like, 'now you're going to give it up, now you're a sellout.' like, okay. What do you want? What would you like?," she reveals.

While the former child star has been in showbiz for a very long time, she definitely hit it big with the "Twilight" movies.

"The day the movie came out there was a picture of me—in the New York Post, I think. I was sitting on my front porch, smoking a pipe with my ex-boyfriend and dog. And I was like, Oh sh-t, well, I have to be aware of that," she confesses.

It definitely sounds like the "Panic Room" star has a good head on her shoulders -- what do you think about Kristen's candid comments?

Sound off below and click "Launch Gallery" above to see more child stars then and now!