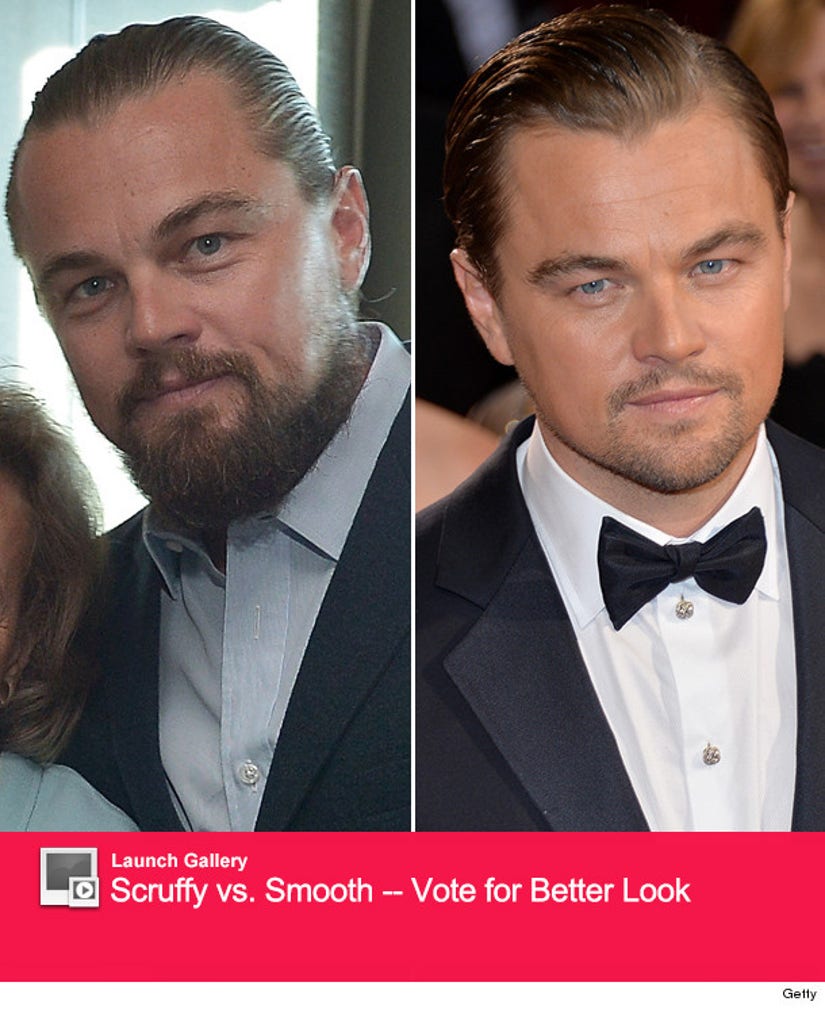 These beards are getting out of control.

It's clear we're in the middle of a beard renaissance these days -- but Leonardo DiCaprio and Jared Leto are definitely taking it to an extreme.

Leo showed off his bushy facial hair on Wednesday night at an advance screening of Netflix's upcoming documentary "Mission Blue." The actor's scruff has been growing all summer long and is likely for his upcoming role in "The Revenant," which finds him playing a frontiersman in the 1820s.

Leto put his equally grizzly appearance on display on Thursday in NYC, hitting the streets in a pink tank top, aviator sunglasses and his signature long locks.

These two have clearly transformed a bit in the last couple months -- but what do you think of their hairy new looks? Sound off below and see more smooth vs. scruffy stars in the gallery above!