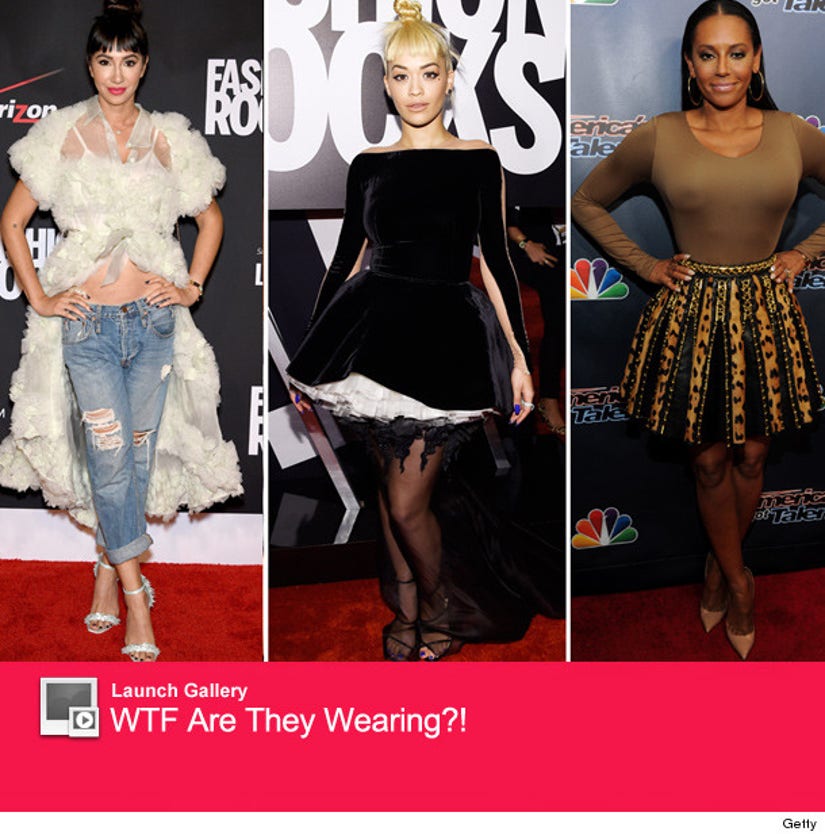 Distressed denim and fur, a french maid-inspired frock and an oh-so-tight top -- stars are rocking all the wrong trends this week!

Jackie Cruz raised some eyebrows at the 2014 Fashion Rocks concert in New York City on Tuesday, sporting distressed boyfriend jeans with a semi sheer, white fur kimono. The "Orange Is the New Black" star can look glamorous when she's not wearing her orange jumpsuit. However, the actress is proving that fashion doesn't always rock in this denim and fluff getup.

And Mel B landed on our WTF list this week for wearing a skintight green bodysuit with an elaborate leopard mini to an "America's Got Talent" event in New York City on Wednesday. The Spice Girl's waist looks tiny, but you can see her nipples through her ultra-tight top. She also went overboard with her bronzer!

But, these ladies weren't alone -- click "Launch Gallery" above to see more of this week's worst dressed stars.