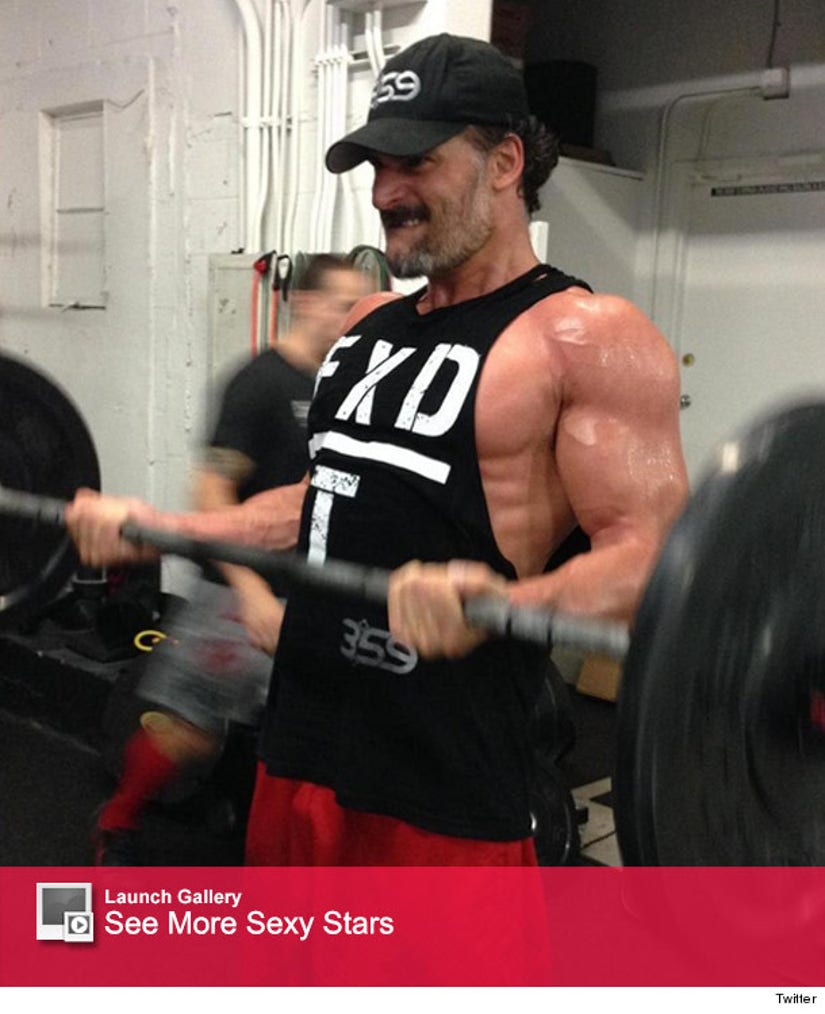 Joe Manganiello is working on his fitness for "Magic Mike XXL."

The actor took to Twitter to put his buff bod on display, posting a picture of himself pumping some serious iron in the gym.

"Getting ready for #MagicMikeXXL and shooting some new footage for https://evolution359.com with @Ron_MathewsLAB," he captioned the sweaty snapshot.

In an interview with Collider, Sofia Vergara's beau talked about filming the sequel to the popular exotic dancer flick.

"It's crazy. I didn't think that would be my first franchise," he said. "I never thought that would ever be the direction of my career. But that said, it's just proof that I don't know best, all the time. It was the most fun I've ever had, and I can't wait to get back in and mix it up with those guys."

Channing Tatum and Matt Bomer will return, but it looks like Matthew McConaughey, Alex Pettyfer and Cody Horn are out. Little is also known about the plot, though Tatum has described it as a "road movie."

We can't wait to see the sexy flick -- are you excited? Sound off below.