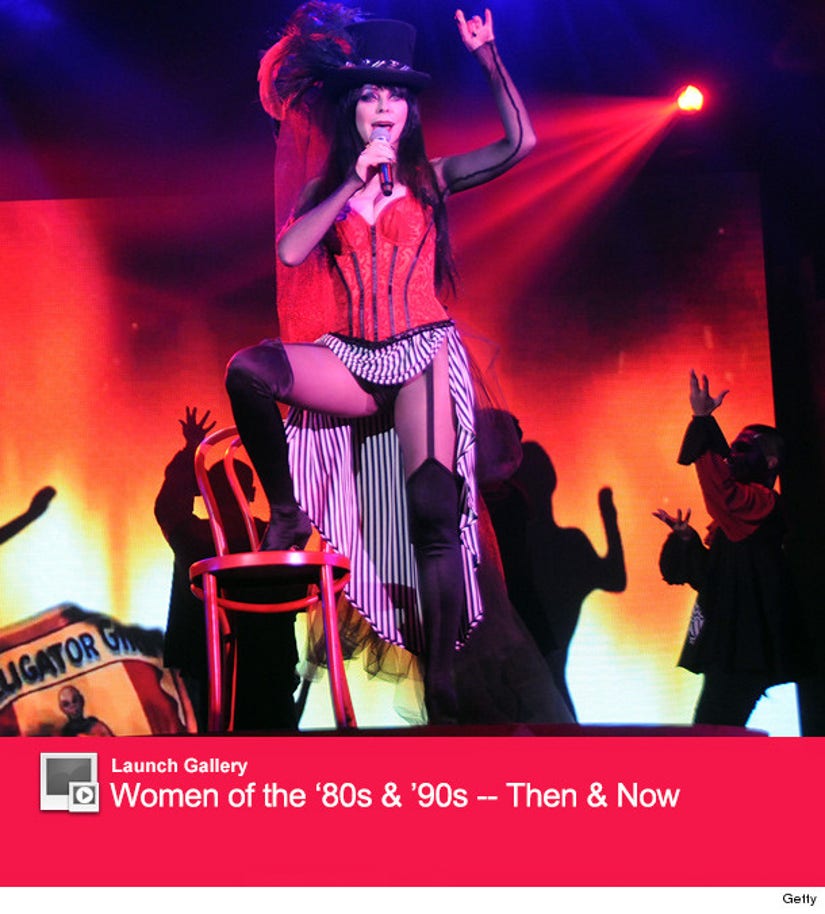 The Mistress of the Dark debuted her brand new stage show at Knott's Scary Farm on Thursday night, appropriately named "Elvira's Big Top," and she's back to her old tricks.

Garters, corsets and her infamous black dress were all part of the circus-themed show, which proved that age ain't nothing but a number for this scream queen.

Need further proof? Check out the side-by-side below. The pic on the left was taken back in 1983 ... the one on the right, last night. 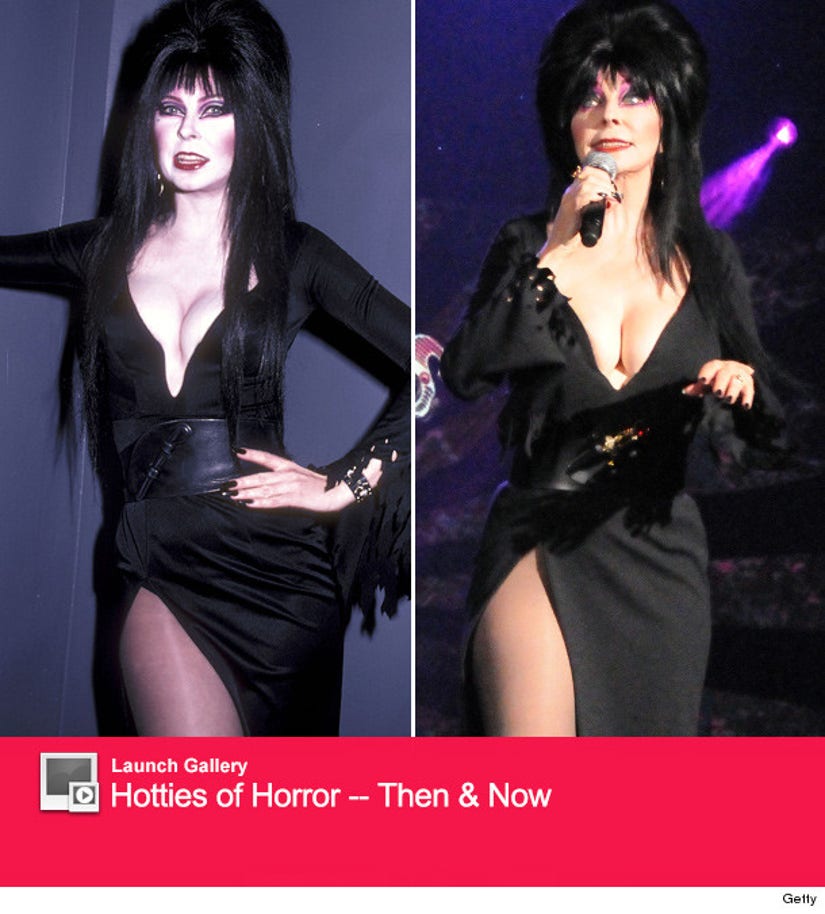 It's been a busy few months for the hostess with the mostess, who recently filmed a music video with Ryan Adams.

"It's so bizarre, Ryan is a client of my accountant's and I didn't really know about him," she tells toofab about the random collaboration. "I heard his name before, but didn't know much about him. He had initially approached me about a year ago to do a pinball machine, because he's a pinball freak. That didn't work out, but he called me up and said 'How about you do this music video with me.'"

We also stopped by her Scary Farm stage in 2013, where Elvira opened up about her industrial bra, makeup tips and her favorite Scream Queens.