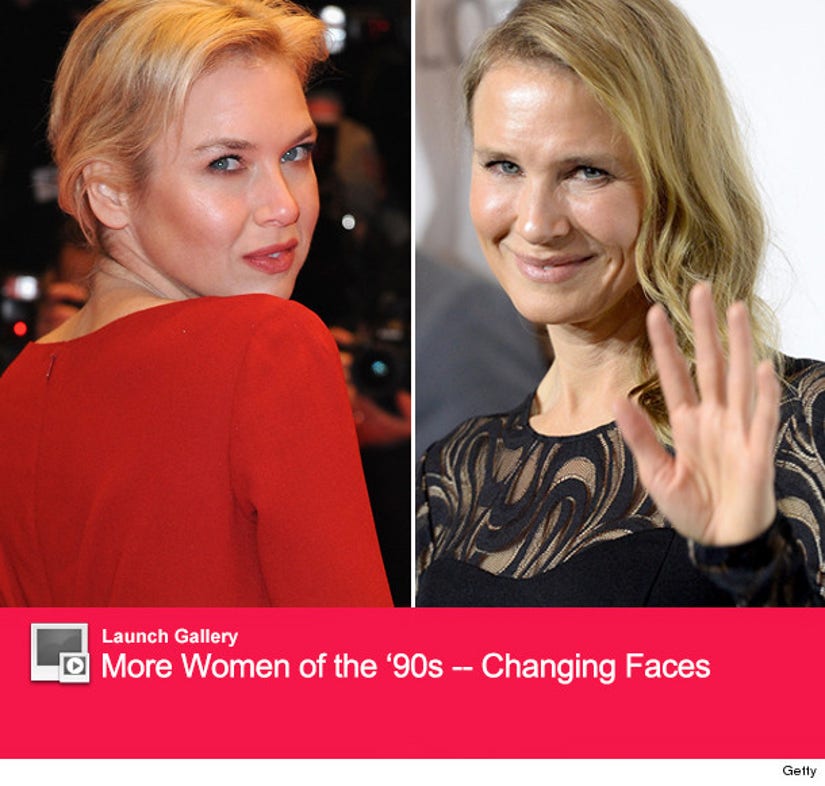 Renee Zellweger knows everyone is talking about her face -- and she thinks all the attention is nothing short of "silly."

The actress was trending all day on Twitter after she showed up to the Elle Women In Hollywood event on Tuesday night looking a little different. While many claimed plastic surgery, others noticed a difference in her hair and eyebrows.

So, what's going on here? According to Renee, she's just living a healthier lifestyle now.

"I'm glad folks think I look different! I'm living a different, happy, more fulfilling life, and I'm thrilled that perhaps it shows," she tells PEOPLE. "My friends say that I look peaceful. I am healthy. For a long time I wasn't doing such a good job with that. I took on a schedule that is not realistically sustainable and didn't allow for taking care of myself. Rather than stopping to recalibrate, I kept running until I was depleted and made bad choices about how to conceal the exhaustion. I was aware of the chaos and finally chose different things."

The "Jerry Maguire" star doesn't do much press anymore, so of course she's going to look a little different if her red carpet appearances are few and far between.

"Perhaps I look different. Who doesn't as they get older?! Ha. But I am different. I'm happy," she concludes. And for that we say, good for you!

One reason she could be so happy? Her new man! See the guy she showed up with to the Elle event here!

Now can we get back to more important things ... like the return of "Growing Up Gotti"?