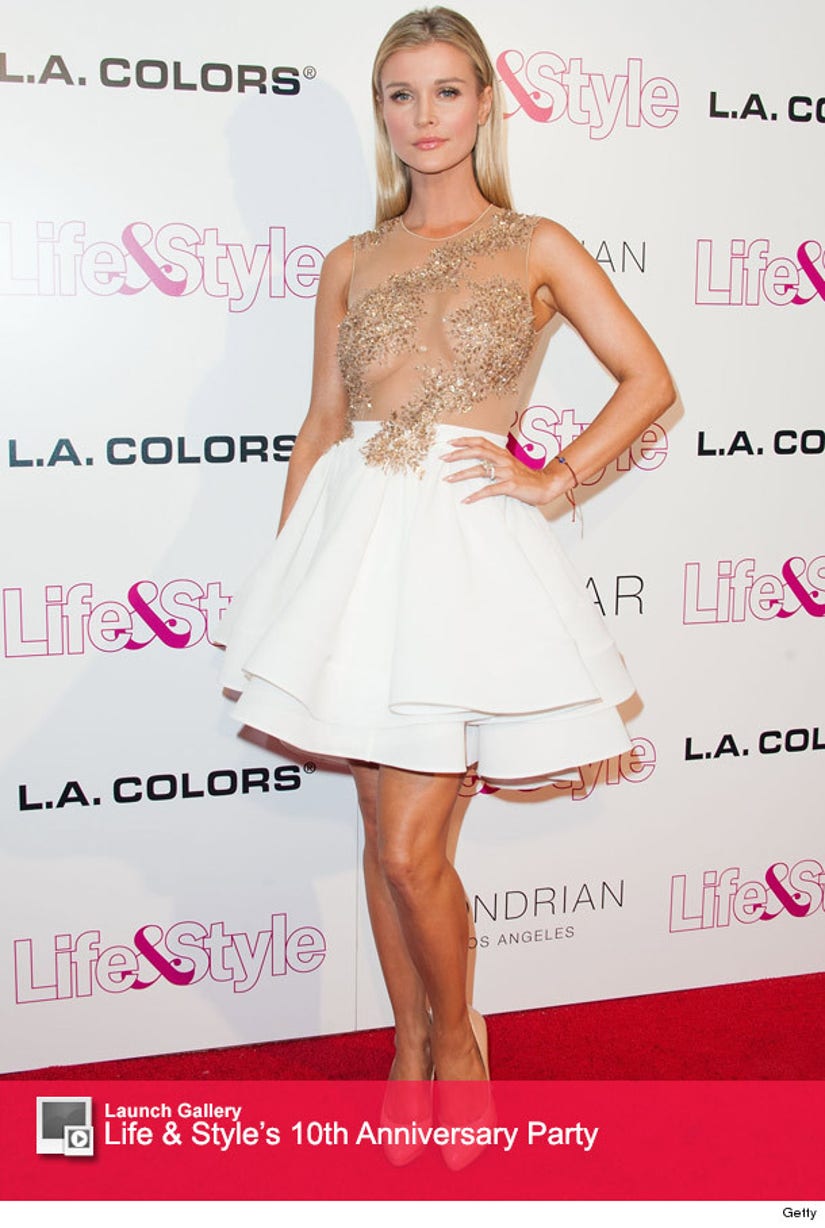 Joanna Krupa just loves to show off her assets!

Rocking a skin-colored mesh top with sequins preserving her modesty and a fluffy white A-line skirt, the blonde beauty looked like a sexy pageant girl.

Krupa finished her look with nude pumps and styled her hair straight, parted down the middle.

It was definitely a reality star-studded night, with tons of red carpet appearances from MTV and Bravo celebs. 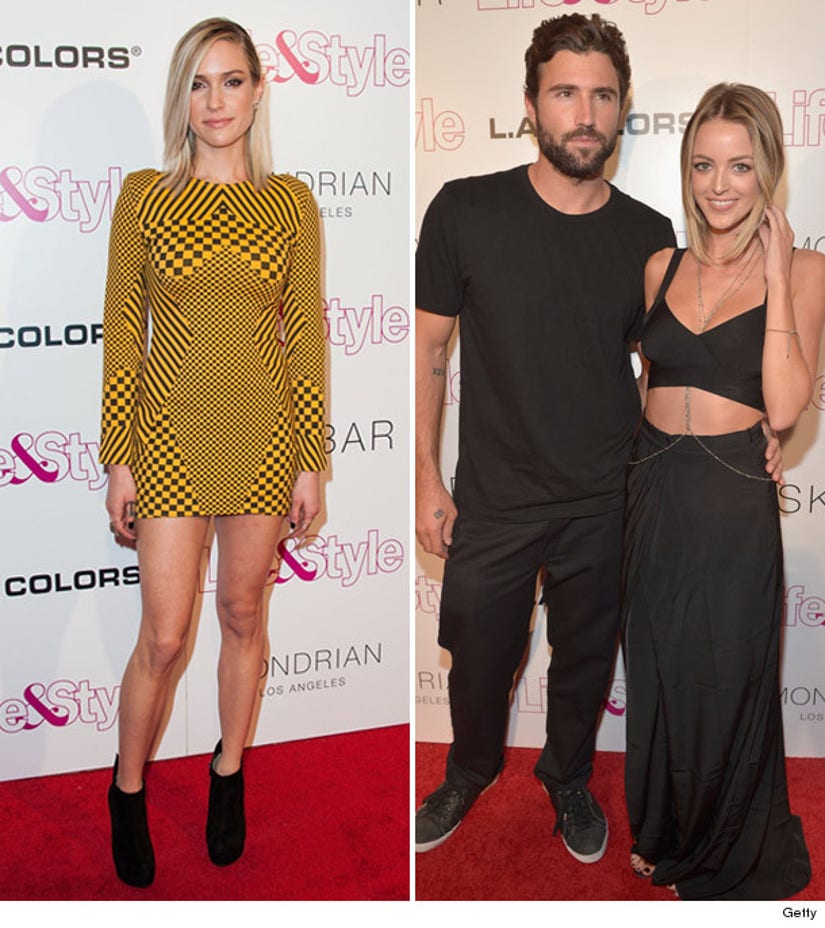 Kristin Cavallari and Brody Jenner also had a mini "The Hills" reunion at the party! The mother-of-two flaunted her post-baby bod in a yellow and black checkard mini dress and finished her look with black booties and sleek hair. Jenner looked causal and cool wearing black head-to-toe.

"The Keeping Up with the Kardashians" star also posed for pics on the red carpet with his girlfriend Kaitlynn Carter.

It was definitely one sexy night in Hollywood -- what do you think about Krupa's revealing look? Sound off below and click "Launch Gallery" above to Aubrey O'Day, Heidi Montag, Janice Dickinson, Gretchen Rossi and more celeb party pics!