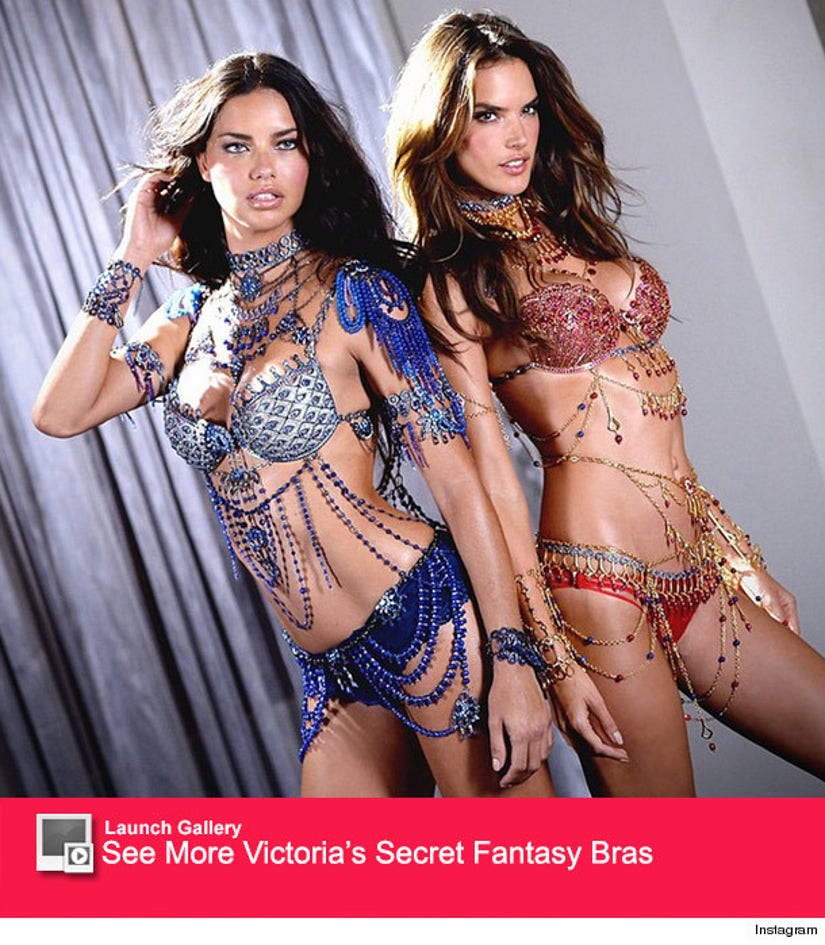 Each undergarment is worth a cool $2 million and decked out with 16,000 different gemstones. The brunette beauties unveiled the new Victoria's Secret Dream Fantasy Bras during an appearance on "Good Morning America," on Monday.

"This year it's really exciting because it's the first time that we're going to have two Fantasy Bras on the fashion show," Lima revealed.

We'll get a better look at the pricey pieces when Adriana and Alessandra walk the runway together at this year's Victoria's Secret fashion show in December.

"We work out really hard for the show so we may as well have fun in those beautiful, amazing Dream Angel Fantasy Bras," Ambrosio told "GMA." "It's going to be the sexiest night on television." 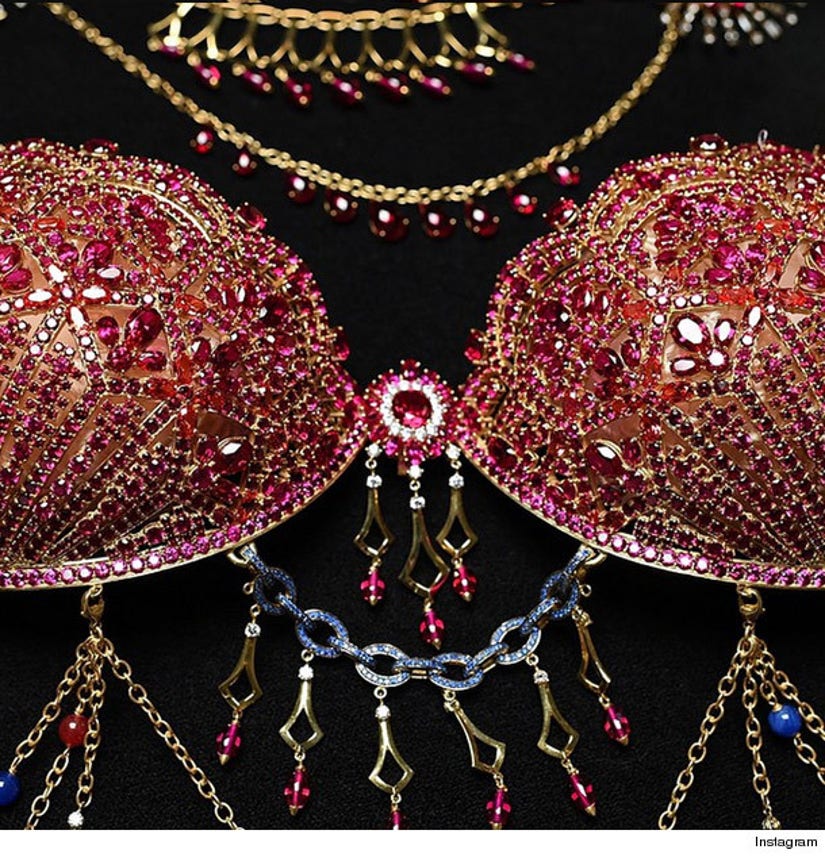 The gorgeous pieces were made by Mouawad jewelers, and each bra's made up of 16,000 rubies, diamonds and sapphires, which is held in place by18 karat gold.

While $2 million is a lot to spend on a piece of lingerie, Candice Swanepoel sported a $10 million Fantasy Bra at the runway show in 2013. See that one in the gallery above.

What do you think about the new Fantasy Bras? Sound off below and check out the gallery above to see even more of Victoria's Secret's luxury lingerie!