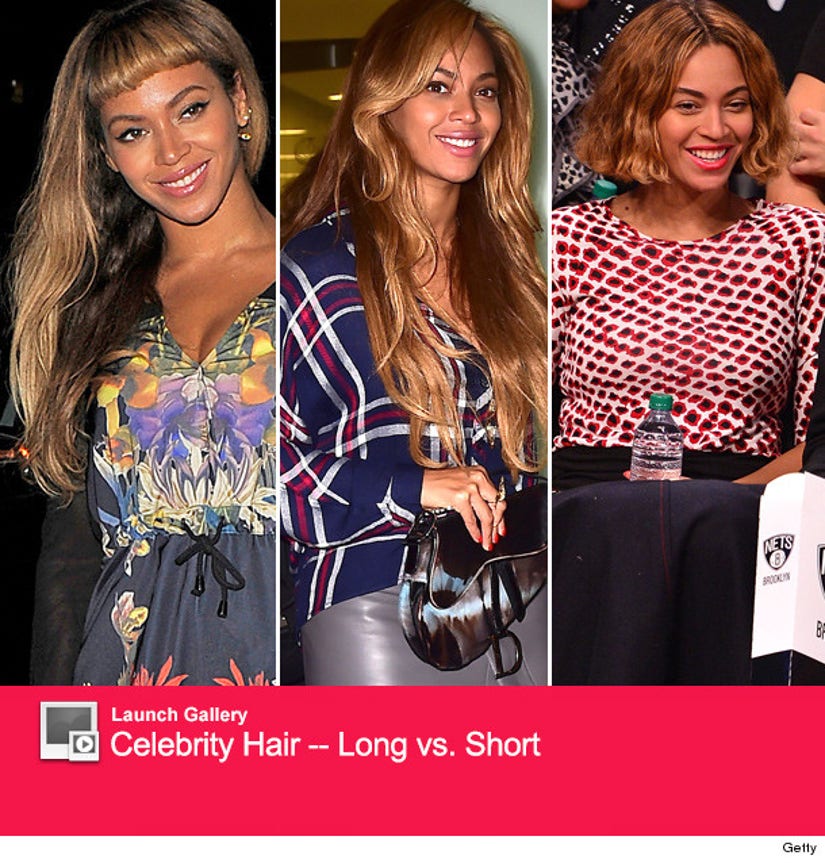 Beyonce made headlines everywhere when she made the shocking decision to get blunt bangs, a move that made the Internet explode while she spending time in London in mid-October.

Thankfully, the look didn't last long -- and she was seen with a beautiful blowout a week and a half later in New Orleans and NYC.

Cut to last night, and she's got yet another new 'do!

Bey and Jay Z were spotted courtside at the Brooklyn Nets game on Monday night, where she debuted a short new bob. While it's definitely drastically shorter than what she's been sporting lately, it's also not anything new to Beyonce -- who rocked the cut for most of 2013 and earlier this year.

It's clear she really likes to switch things up -- and, while the new 'do is cute, we prefer her longer tresses. Of the three looks above, which is your favorite? Sound off below!