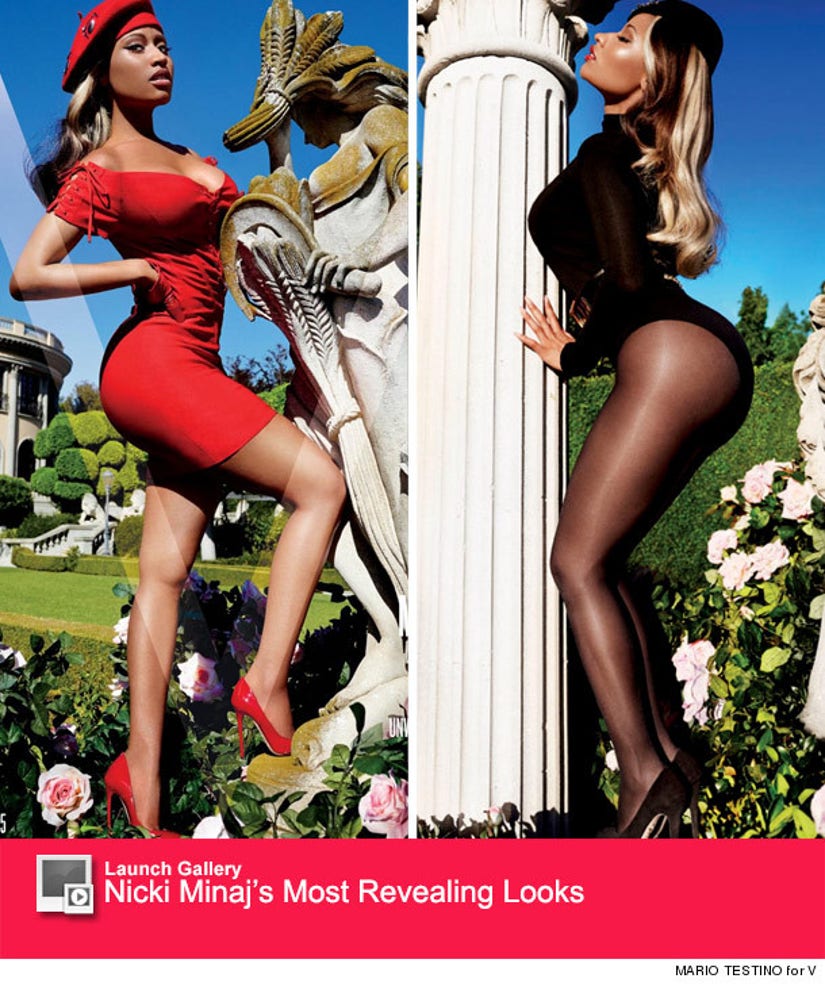 Nicki Minaj is one strong female!

The rapper covers the latest issue of V magazine, where she opens up about inspiring women, her image and fashion.

The "Starships" singer is one of the few powerful women in the mostly male-dominated genre, and Minaj says she's been able to be so successful because she is always pushing herself to do better.

"I always push the envelope because I'm Nicki Minaj. I have to. No matter who I'm on a song with, I feel like I have to say at least one thing that no one else is willing to say. Whether it's Madonna or Britney or Beyoncé, they always tell me, 'YES. Be yourself. Talk your s**t,'" she tells the mag.

The brunette beauty also reveals that she loves to see her fans, and women in general, follow her lead and believe in themselves.

"I love women who take control, who set standards, and who believe in themselves enough to lead the way in terms of their career. I've done that. When I win and when I lose, I take ownership of it, because I really am in charge of what I do. There are a lot of strong male rappers, who've influenced me a great deal in terms of my skill, my flow, and my business-savvy side. But at the end of the day, I still want to inspire women," she explains. 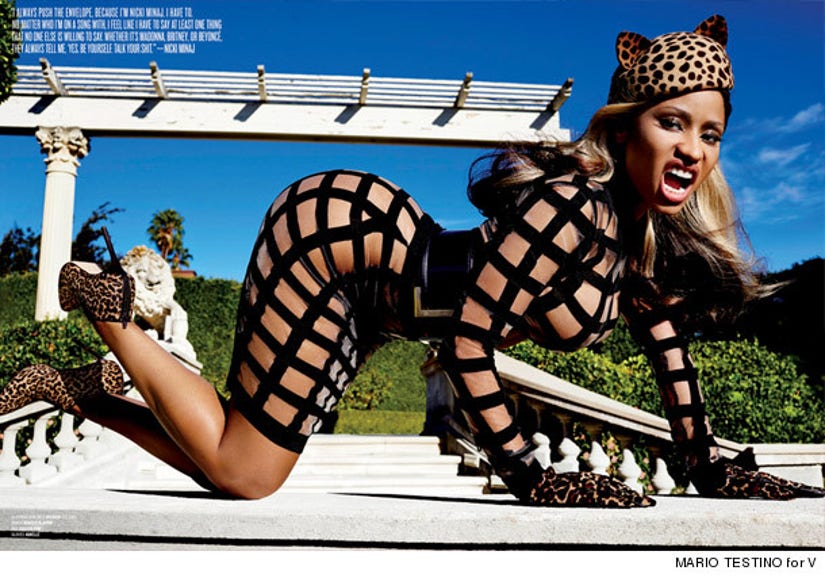 The pop star doesn't just push the boundaries with her music, she also makes plenty of bold statements when it comes to her fashion choices. So who is Minaj's favorite designer?

"There are attitudes in fashion and in hip-hop that match each other…it's an almost snobby type of feeling. It's fun! It's like showing off! I think rap is a lot of showing off, and fashion is too. Versace is like, Look at me, bitch. I'm here," she confesses.

Gotta love the "Anaconda" singer for always keeping it real -- what do you think about Nicki's candid comments? Sound off below and click "Launch Gallery" above to see more of the hip-hop star's wildest fashions!