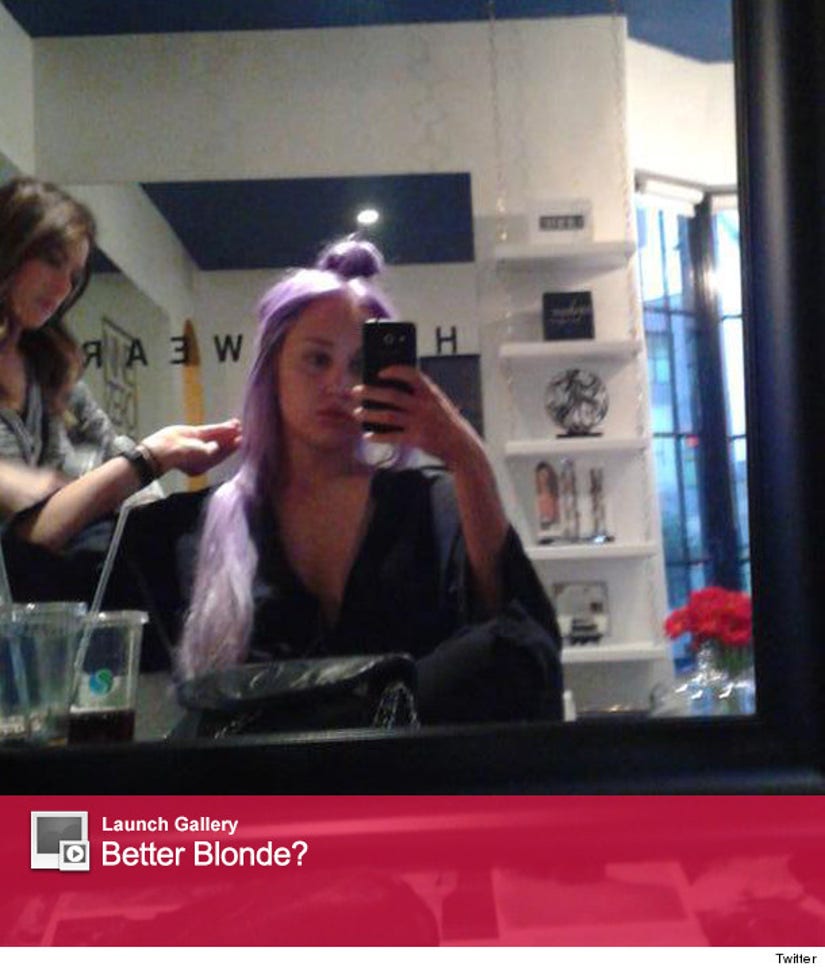 The "Easy A" star took to Twitter on Friday to debut her new purple 'do by posting a picture from the salon.

It seems strange that the troubled actress had enough money to pay for her beauty treatment, after she revealed that she didn't the funds to pay for a hotel room.

Earlier this week, TMZ posted a pic of Amanda sleeping on a couch at the Beverly Center shopping mall in Los Angeles.

"I was not given money for a hotel so I have been staying with friends and I didn't get enough sleep last night so I fell asleep on a couch @ the Beverly center and a paparazzi snuck in and took pictures of me," she tweeted in response to the photos.

"FYI! I hate my parents for still not giving me money for a hotel," she added. "What is wrong with them? My lawyer is working to have them fully removed from being my conservator, because they don't deserve control over my money - They are miserable in their life and I will fight to get control of my finances taken away from them!"

Sounds like Amanda needs more of a change than just her new 'do, right?! 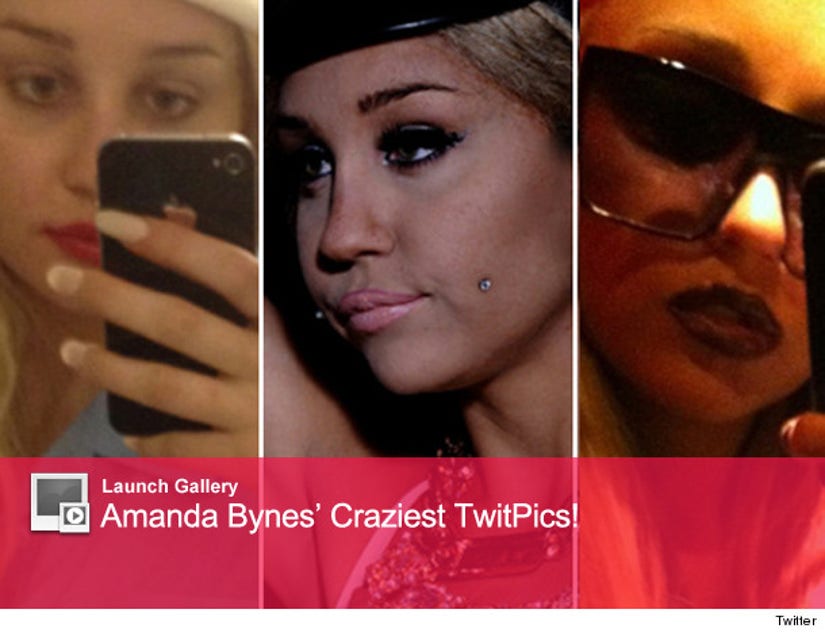