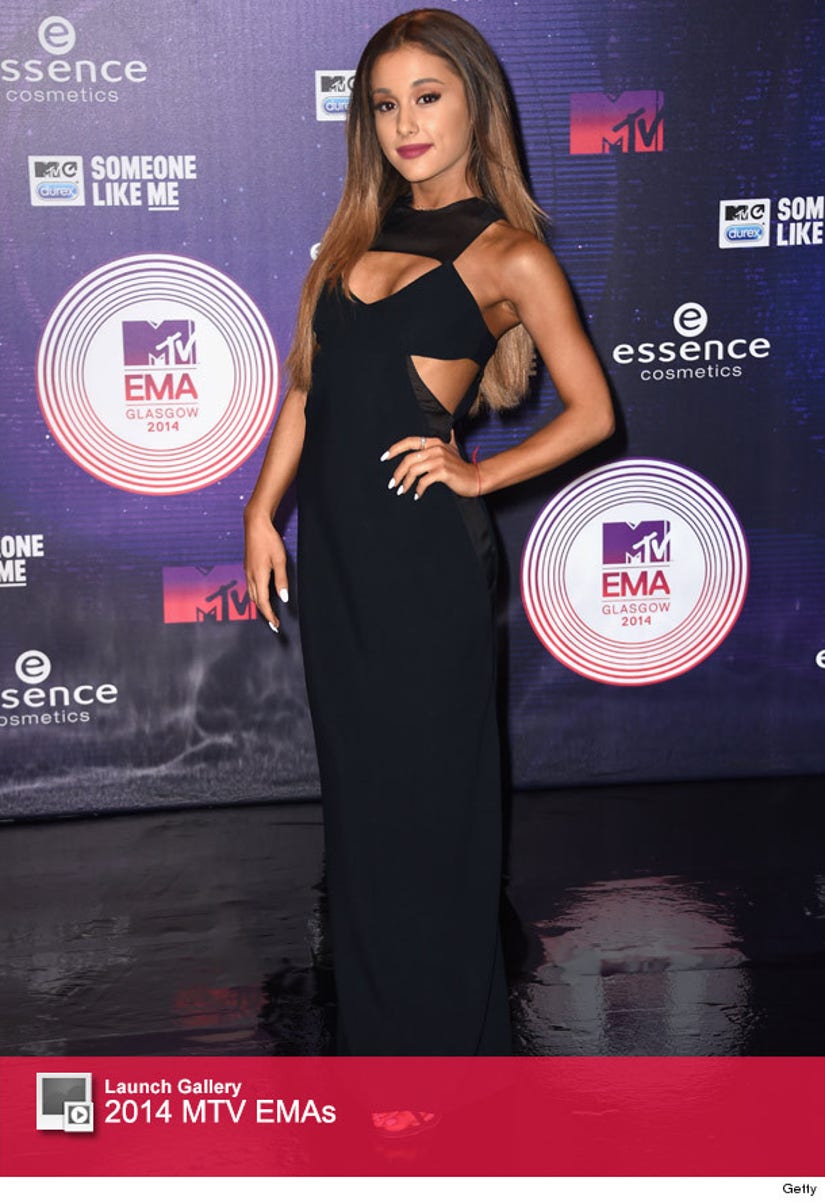 Ariana Grande ﻿traded her signature hairstyle for a mature, sleek 'do at the MTV European Music Awards on Sunday in Glasgow, Scotland.

The 21-year-old pop star paired her long locks with a low-cut navy gown with huge side cutouts and sheer detailing on the red carpet.

She took the stage in another sexy ensemble, sporting a light grey bustier with matching hot pants, as she performed "Problem" and "Break Free" for the crowd. 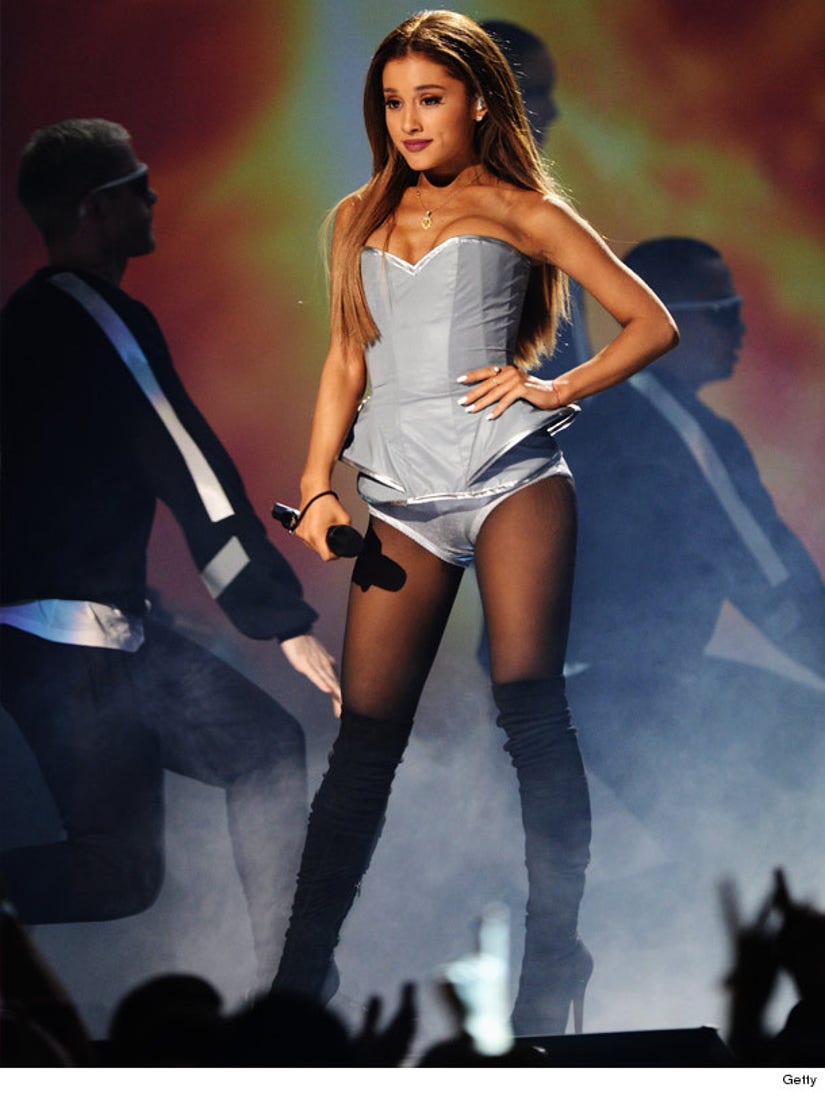 Ariana recently admitted that she wore a ponytail to conceal the hair damage she incurred from working on "Sam & Cat."

"I had to bleach my hair and dye it every other week for the first four years of playing Cat… as one would assume, that completely destroyed my hair," she explained on Instagram in January 2014. "My real hair is back to brown and I wear extensions, but I wear it in a ponytail because my actual hair is so broken that it looks absolutely ratchet and absurd when I let it down."

We are really digging Grande's new 'do -- what do you think of her hair makeover? Sound off below!