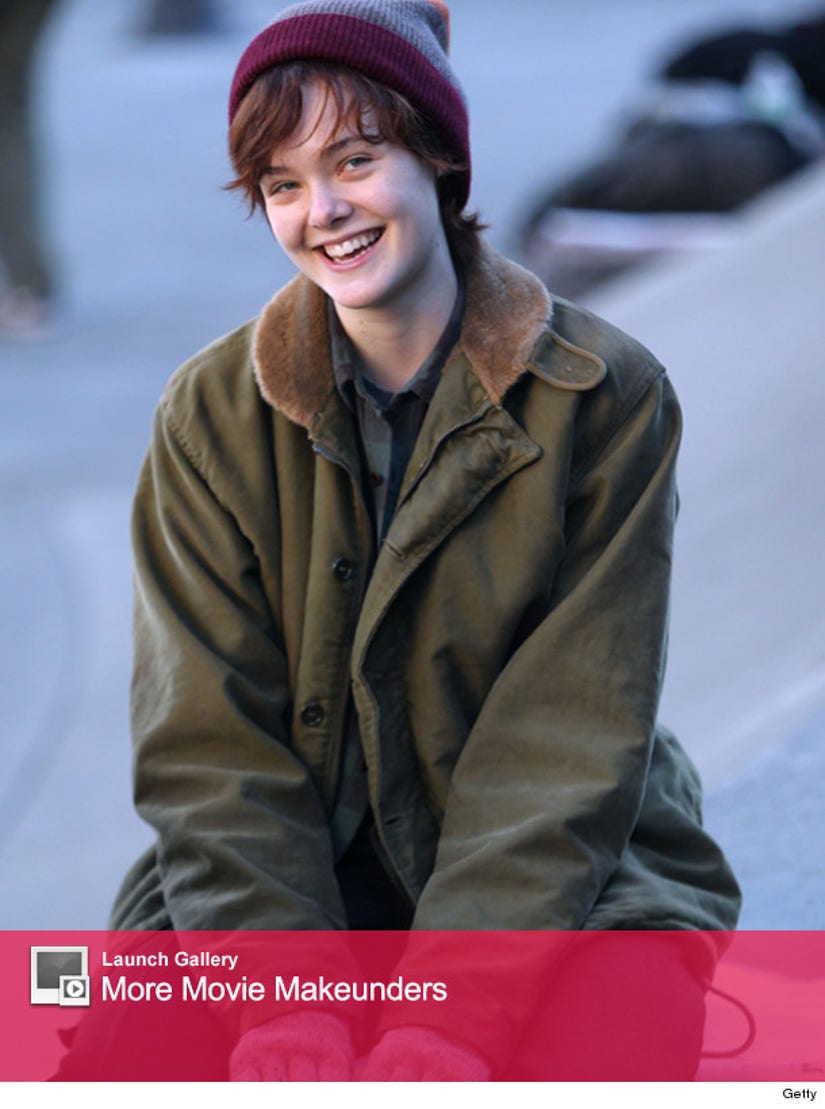 Can you believe that's Elle Fanning?!

The 16-year-old actress is nearly unrecognizable on the set of her upcoming movie, "Three Generations," where she's set to play a New York City teen (Ray) who is transitioning from female to male.

In the pic, the usually-glam starlet is sporting short brown hair, an oversized green utility jacket and a red-brimmed beanie.

We never would have guessed it was the "Maleficient" ﻿beauty, if it weren't for her signature smile!

It's unclear if Elle decided to chop off her hair for this role -- we've already seen her rocking some longer brunette locks on the red carpet -- or if it's a wig. 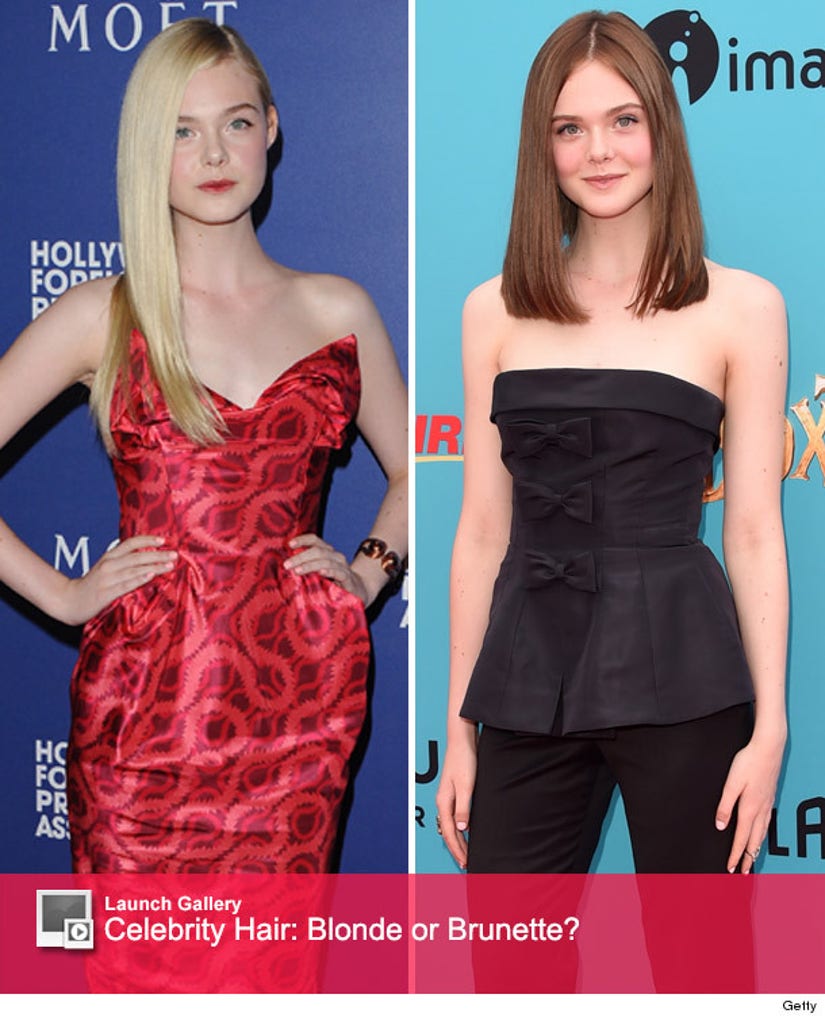 Fanning debuted her darker 'do at the premiere of "The Boxtrolls" at Universal City Walk in September. She paired her new hair color with a more mature look than we're accustomed to seeing from the veteran actress.

"I take a lot of risks. I like to stand out and look unique," she recently told Seventeen.

What do you think of Elle's new look? Sound off below!