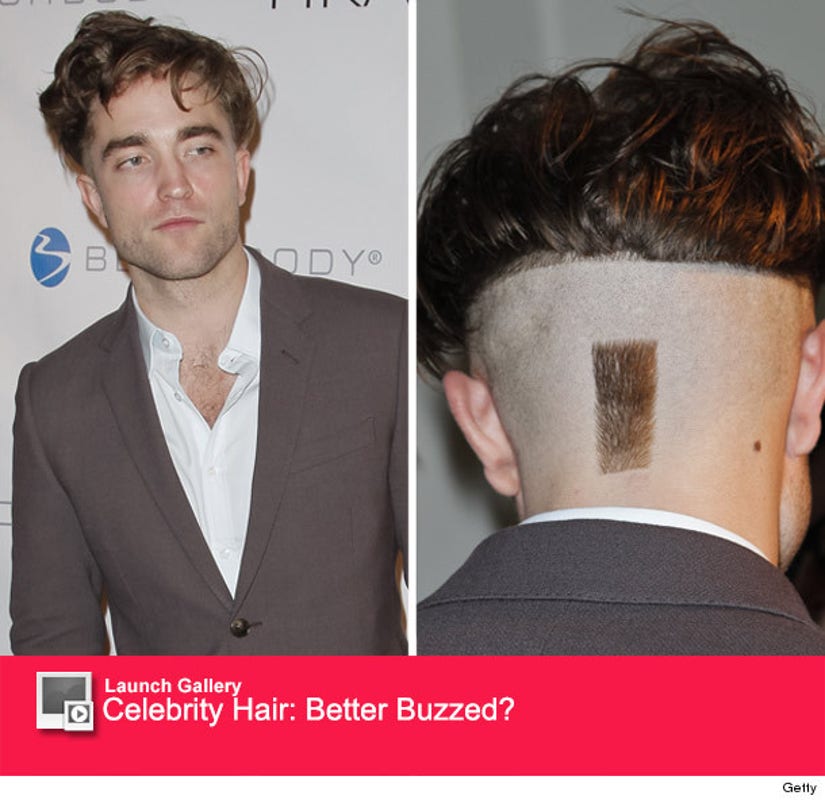 Robert Pattinson's changing up his look!

The sexy star looked handsome in his taupe suit and white button down, but revealed his interesting new cut when he was photographed from the back.

Half of the 28-year-old's head is completely shaved, except for one rectangular patch just above his neck.

Maybe Pattinson's going for the "business in the front, party in the back" look?

Whatever the inspiration was for the cut, it's definitely a drastic change for "The Rover" star, who's known for his luscious brown locks. It's gotta be for a movie, right?!

We're not loving Rob's new 'do -- what do you think about his shaved head? Sound off below and click "Launch Gallery" above to see more stars who've been buzzed!