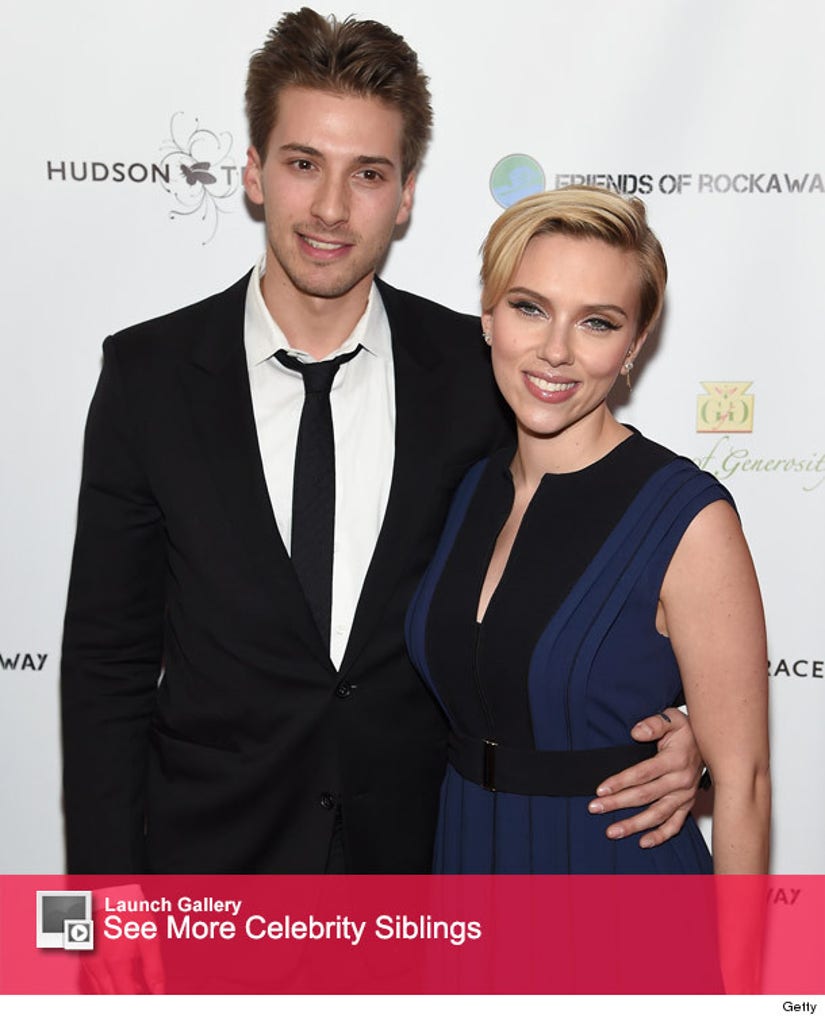 Just two months after giving birth to baby Rose Dorothy, the "Captain America" star showed off her slim silhouette in a black and blue Proenza Schouler dress. She completed her look with a metallic clutch and Sophia Webster heels.

ScarJo always looks radiant, but we still aren't used to her cropped 'do. Did you know it was buzzed underneath? Take a closer look below. 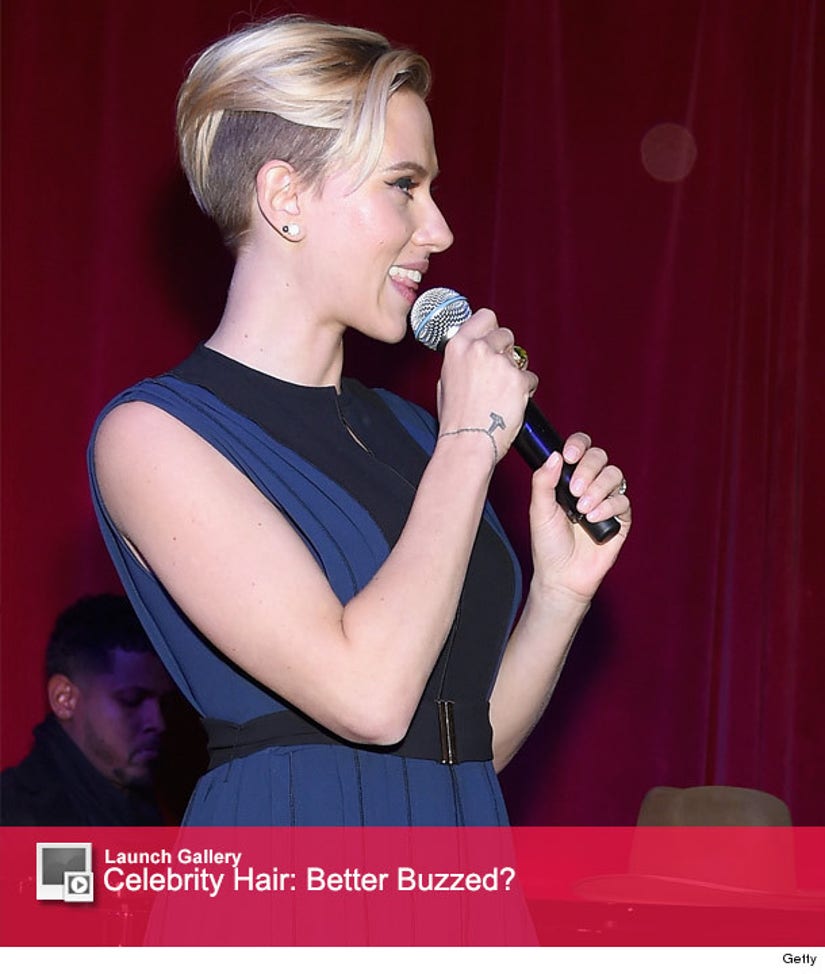 While the blonde beauty turned heads at the event, we can't look away from her handsome bro!

The siblings, who grew up in the Big Apple, attended the event together to show their support for their city.

"Hunter and I were here in New York -- we were 15 years old when September 11 happened, and that was pretty shocking," Johansson told Us Weekly at the benefit. "We thought the city that we grew up in was rock solid, and it shook the foundation of the city --- for very different reasons obviously."

"Seeing the city shaken once more [by Hurricane Sandy]; it was totally totally shocking for the people that were living here," she added, which is why she and her brother wanted to get involved. "Two years later, people are feeling huge effects of this devastating loss."