The actress, who got implants in her 20s, took a trip to the plastic surgeon's office on Tuesday's episode of "True Tori" to find out what's wrong with her breasts.

"There's different degrees of the breast hardening, you're at three. It's almost as bad as it can be," the surgeon warned her after taking a look under the hood. "I wouldn't be surprised if you had a little micro-rupture in there."

He then told her it's time to pull those puppies outta there and presented her with two options: They remove them and replace them with smaller implants in one sitting ... or, she could take them out and then live without any implants for 3-4 months. She'd then come back for another augmentation, "just as if it was your first."

"It's going to be a little bit pancakey, I'm not gonna lie," he then told her after she asked what they'd look like if she removed them entirely.

This set off some alarms in Tori's head, as she was really concerned about her appearance and what Dean McDermott would think if she just had "two flaps" hanging off her chest.

Check out the video above to see what Dean thinks about Tori sporting "pancake titties." If that's not love, we don't know what is. 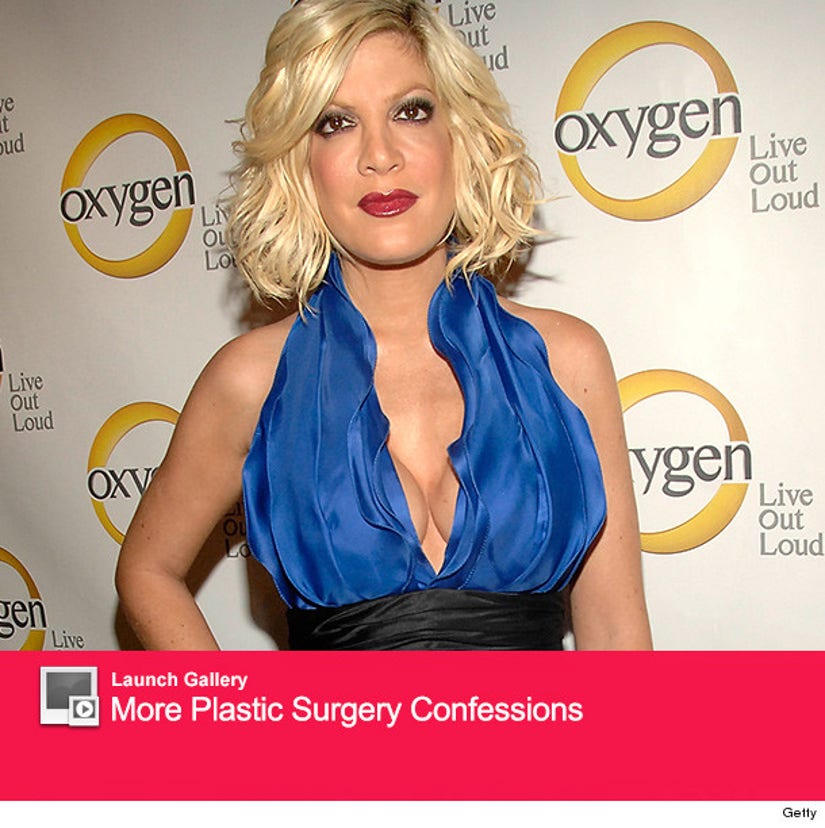