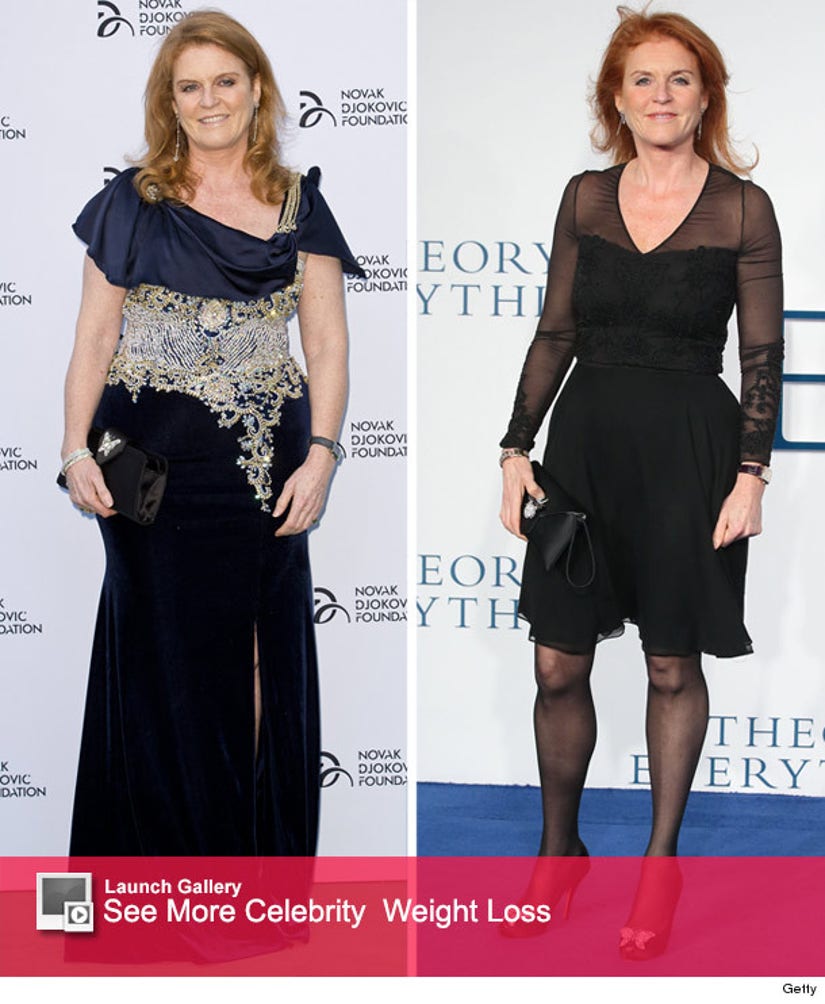 The Duchess of York has dropped more than 50 pounds!

Sarah Ferguson showed off her super-slim figure at the London premiere of "The Theory of Everything" earlier this week, flaunting her trim waist in a black LBD with sheer sleeves.

The former Weight Watchers brand ambassador has been very open about her ongoing struggle with her weight for years.

"I used to be so angry," she told Hello! magazine. "I believed I was never going to lose the weight, that I had lost control. I couldn't fit into any of my clothes. I was just drowning in eating, drowning in food." The 55-year-old even had to brave British tabloids labeling her "Duchess of Pork."

So, how did she lose all the weight?

The mother-of-two cut out sugar and stuck to an exercise regime, helping her lose 50 pounds in five months, according to Us Weekly.

"It took courage to go out in public in all the years I have been overweight. Every time there was a 'Duchess of Pork' or 'Fat Frumpy Fergie' headline, they didn't have any idea they were reaching to the depths of my soul," she said.

All that work has paid off -- Fergie looks incredible!

What do you think of her new bod? Tell toofab in the comment section below, and click "Launch Gallery" above to see more celebrity weight loss success stories.