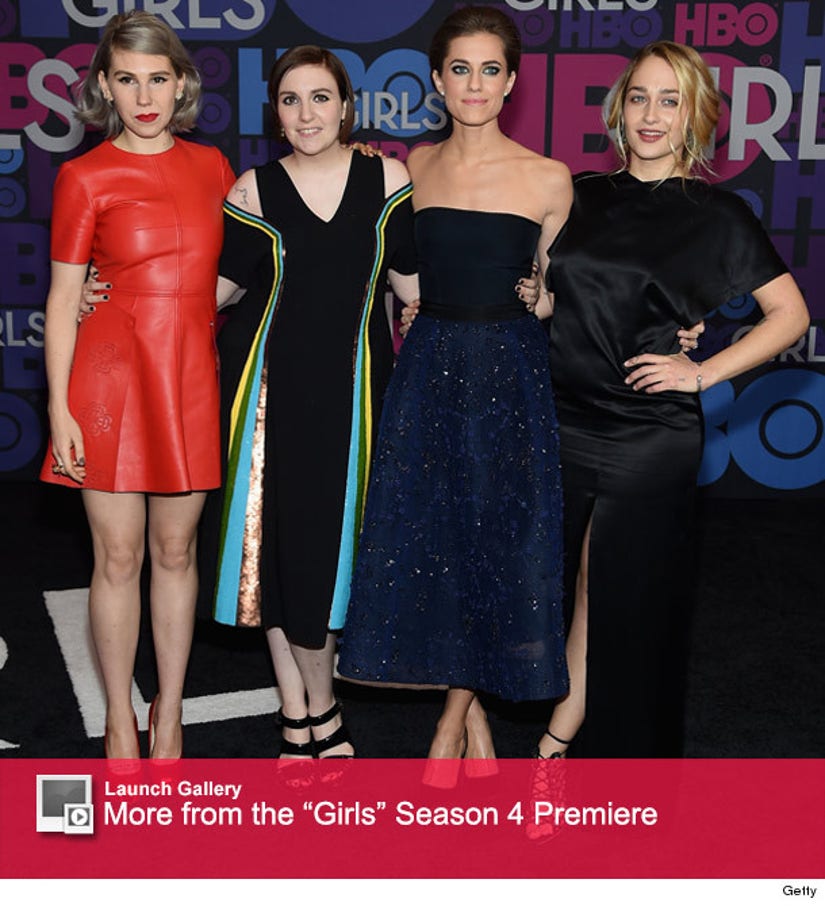 It was girls night out at the premiere of season four of HBO's hit series "Girls".

Stars Lena Dunham, Allison Williams﻿, Zosia Mamet and Jemima Kirke were all in attendance for the event at The Museum of Natural History in New York City on Monday.

We absolutely loved Allison's midnight blue crop top and matching tea-length skirt. She looked chic in the sophisticated Monique Lhuillier design, which was by far our favorite look.

Zosia also looked stylish in her choice for the night, opting for a red leather Alexander McQueen mini and matching red pumps for an edgy vibe.

But they weren't the only ones who showed up for the event. The carpet was filled with celebs, while the after-party featured a bevy of totally random stars. Jon Hamm, Kirstie Alley, Nicky Hilton and a ton of the "Orange Is the New Black" cast members were just a few who showed up to support the series.

Whose look did you like best? Tell toofab in the comments section below then click "Launch Galley" to see more photos from the event!