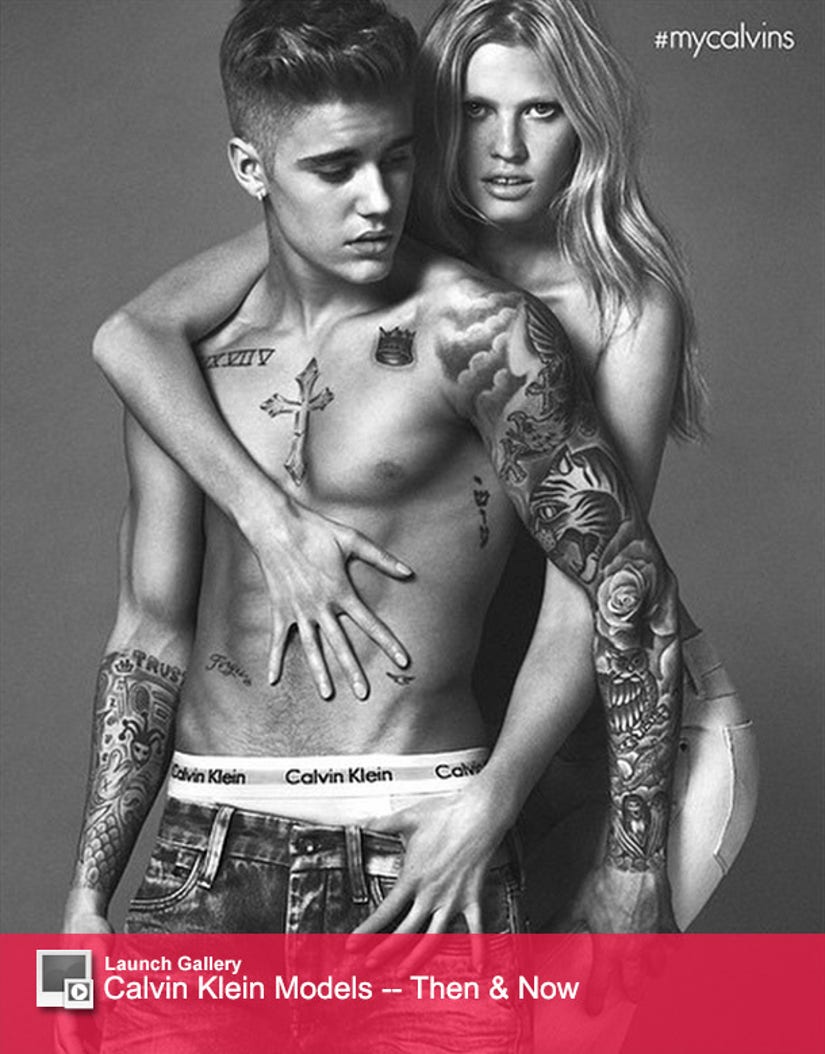 The singer was just revealed as the new face (and bulge) of the famous underwear company, with the Biebs posting the first two ads on his Instagram page.

"This is just the start of the year #mycalvins #beallyoucanbe #learnfromyourfaults #risetosuccess #dontbeashamedredeem #thebestisyet2come," he captioned the pic above, where he's seen posing seductively with model Lara Stone.

"Officially a part of the legacy. Check out @calvinklein for more. #mycalvins. #newfaceofcalvinklein," he added with the additional photo below. 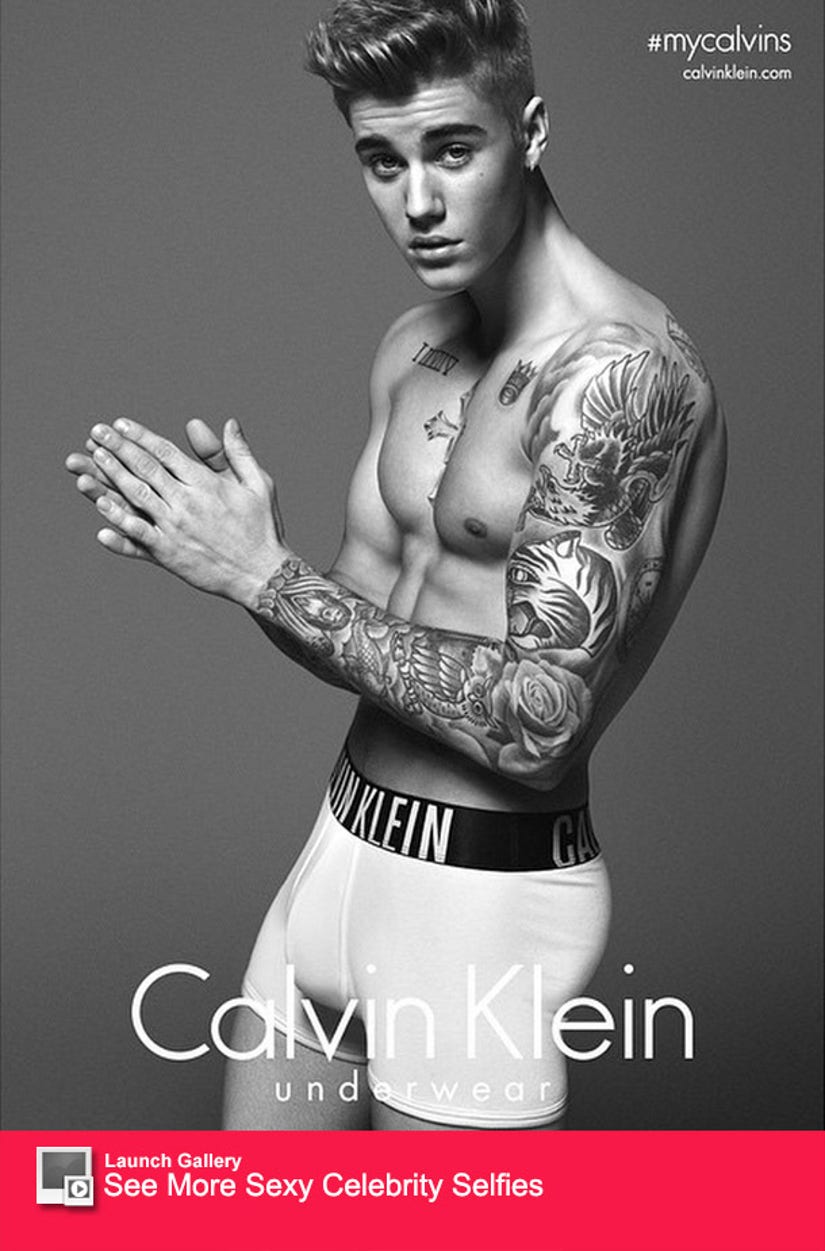 Now, regardless of what you think about the 20-year-old singer, how do you feel about the photos themselves?

It's clear Justin's been working on his body lately, as he's definitely more ripped than he has been in years past. His collection of tattoos has clearly grown as well.

Between those abs and all that ink, it looks like he's trying to give David Beckham a run for his money!

Let us know what you think about the shots in the comments below -- and check out the gallery above to see how other CK models have aged through the years!