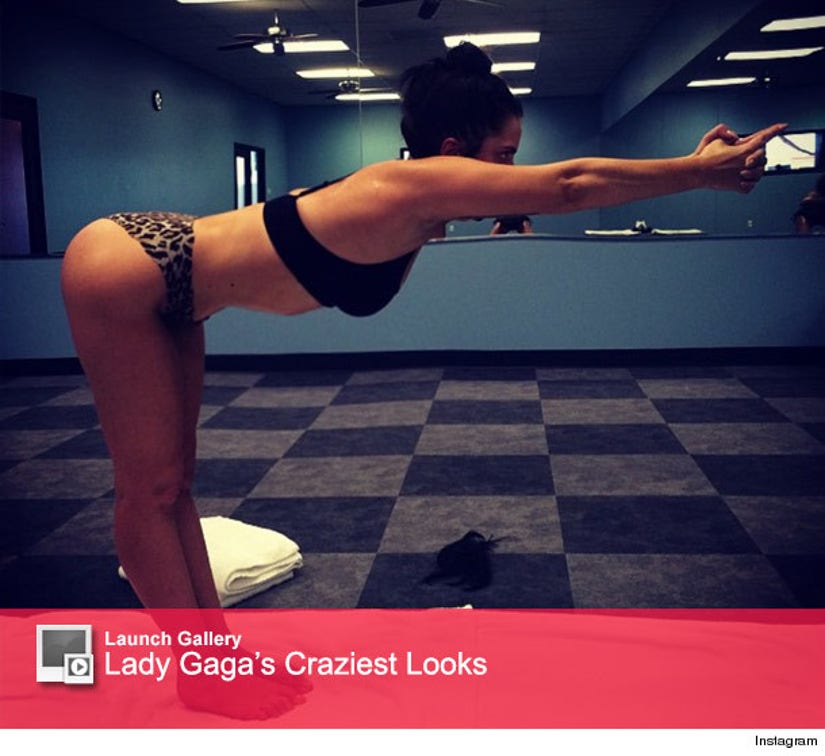 Lady Gaga's giving the Kardashians a run for their money in this pic!

Mother Monster took to Instagram on Tuesday, to show off her amazing butt bod while doing some intense yoga poses.

"Starting my day off feeling strong, gotta sweat out the whiskey from last nights jam session. And can u spot my abandoned weave? Bang front 6 oclock!!! Thank u @triciadonegan," she captioned the sexy snap.

Rocking leopard-print booty shorts and a black bra, the 28-year-old's body is fully on display in the photo -- she does look pretty great, right?!

We can also spot that "abandoned weave" in the pic, too -- check out that pile of hair just in front of her white towels.

The "Do What You Want" singer has been hard at work in the studio and touring these days. She recently completed an album with the legendary Tony Bennett, titled "Cheek to Cheek," which stole the number one spot on the Billboard 200 charts.

We think Gaga looks pretty darn great -- what do you think about her sexy yoga pic? Tell toofab in the comment section below and click "Launch Gallery" above to see more sexy celebrity TwitPics!