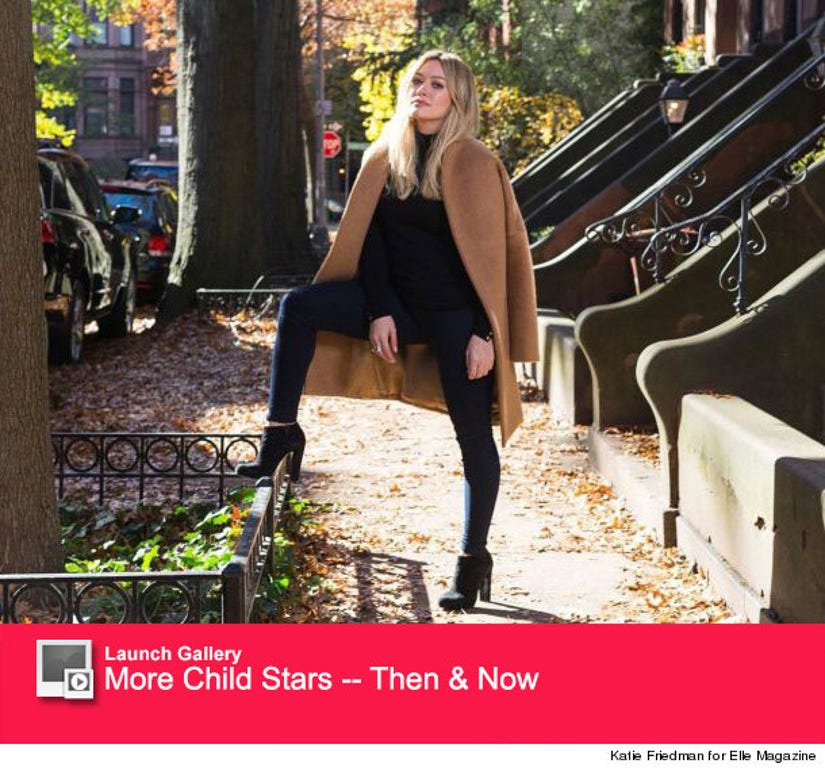 Hilary Duff isn't letting the pressure to be thin in Hollywood get to her.

The 27-year-old opens up to Elle magazine about growing up in the spotlight, her return to TV and why she is just not "concerned" with being the skinniest person around.

"I just tell myself, 'I'm 5'2", I'm really fit, killing it in the gym, and doing crazy things,'" she says of weight struggles. "I love to work out, but I'm just not that concerned with being the skinniest person."

"I'm not a model; I'm an actress. I always feel like I'm in the five to ten pound struggle, but my life is so busy," she continues. "I'm just not that concerned, really. I'm normal and I'm perfectly happy being that way. Some weeks I'm like, 'Man, my clothes are fitting so good' and then some weeks I'm like, 'I need to cut back on a few things,' but that's it. I don't fall into the trap of having to be 110 pounds."

The "Lizzie McGuire" alum, who grew up in the industry, managed to avoid the controversies that some of her fellow child stars fell into, but even Hilary needed to take a break from the spotlight. 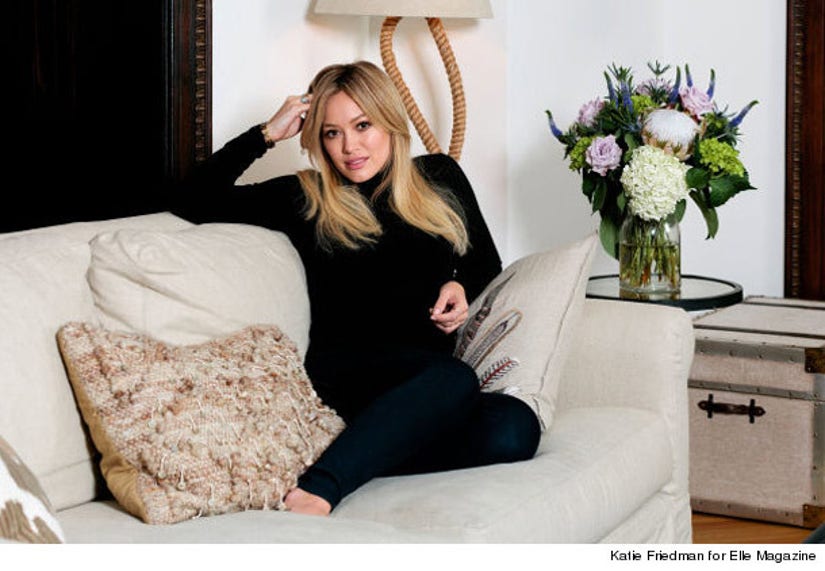 "A lot of people have compared me to other people who came up when I came up and I don't know what it is," she admitted. "I think part of it is just me, maybe my family, and the friends that I've kept."

"I definitely had rough patches. I grew up in the industry. Being an 18-year-old doing what I was doing, even a 20-year-old, you're searching for your identity. I did it in a public way and it kind of messed with my privacy. I had to take a really long break from everything."

Duff, who is mom to 2-year-old son, Luca, is currently in Brooklyn filming the new TV Land series "Younger," her first television role in 10 years.

She says her new project has given her a break from her everyday obligations.

"It's fun! Because it's never gonna be my real life," Duff said. "Obviously, I'm a well-known person and people watch everything I do. Sometimes it's annoying, but, for the most part, I live the way I want and do the things I want. I obviously try to be respectful of myself and my son and my family. I do care what people think. But I'm 27, and I know that it's important to have fun."

Head on over to Elle's website for all of Hilary's interview than click "Launch Gallery to see more child stars then and now.