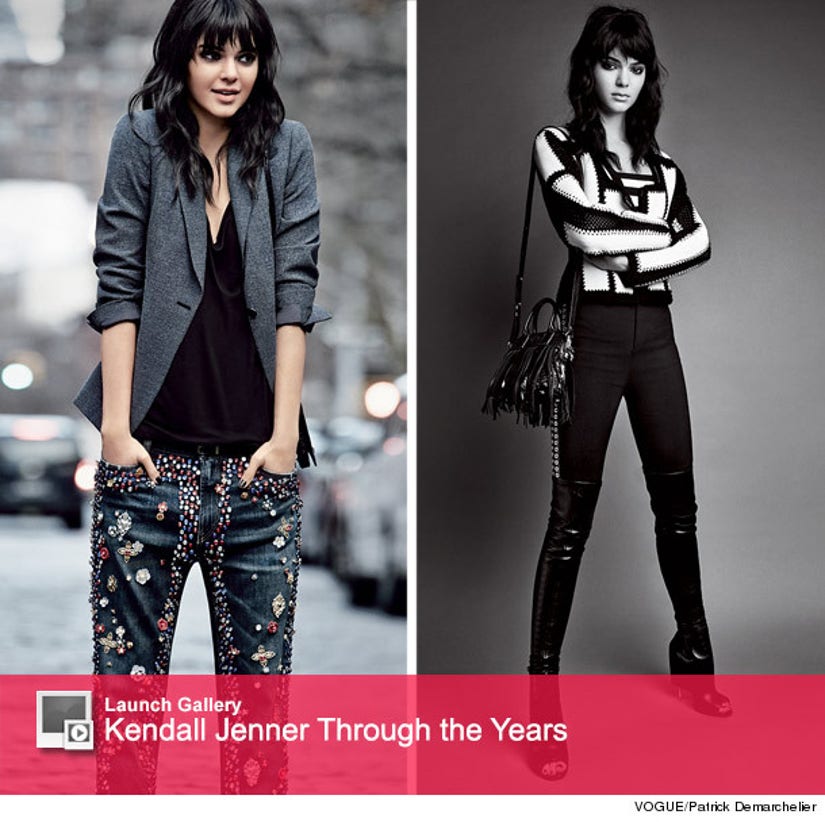 After appearing in the mag twice last year, the "Keeping Up With the Kardashians" star is gracing the pages of the fashion bible again in the February issue.

From disco-ball pants to bejeweled denim, the 19-year-old beauty flaunts her enviable bod in the season's most versatile statement-making trousers from designers like Givenchy, Calvin Klein and Emporio Armani.

With the heavy eye makeup and bangs in the pics above, doesn't she look A LOT like a young Kim? 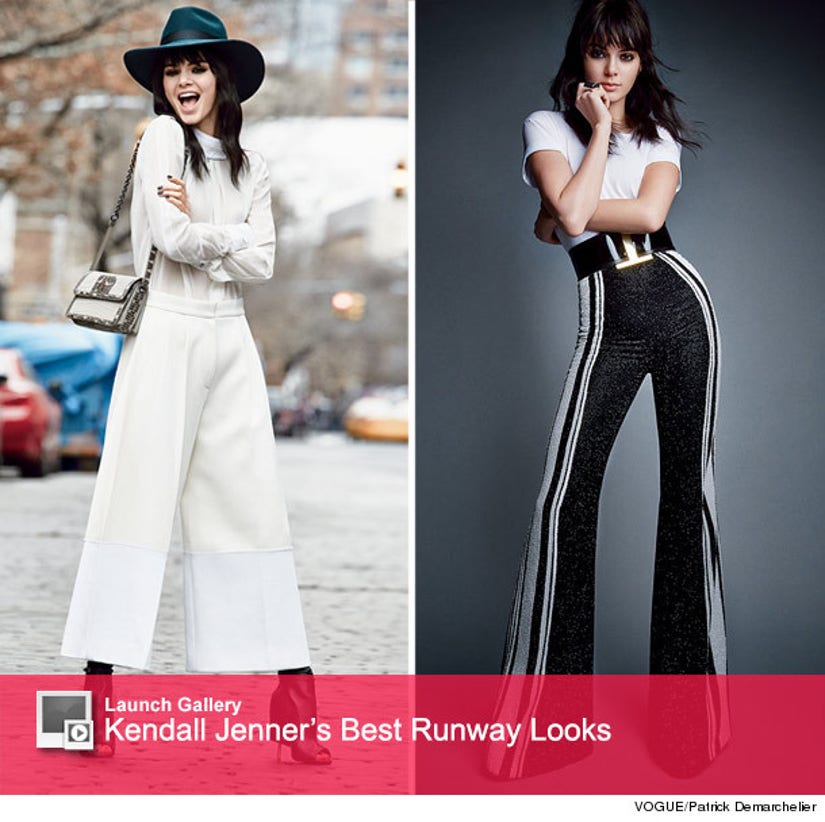 The seasoned model also was just named the new face of Estée Lauder -- and she showed off her skills (yet again!) in her first video for the cosmetics company earlier this week.

The reality starlet opened up about her new gig in an interview with fellow model Joan Smalls. "It's amazing -- it's such an honor to be part of one of the most prestigious cosmetic brands and to be involved with amazing girls, like you," she said. 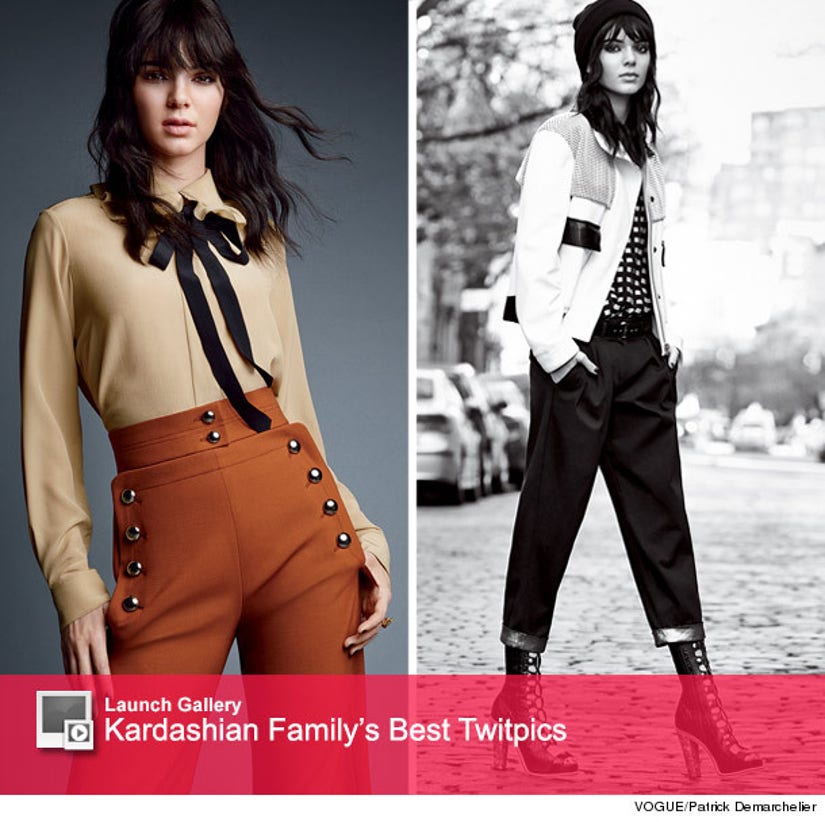 "I've grown up with Estée, that was all my mom would use," she added. "I remember the old lipstick cases that were gold and mirrored. It's such a family brand for me because it's been there my whole life so it is crazy to actually be doing this today."

While Kendall has blossomed into a model right before our eyes, she does try to remind herself that she's still a kid.

"I feel like I grew up too fast a long time ago. Having older siblings, you grow up around adults, so you mature more quickly," she told the Wall Street Journal. "I saw my sisters and parents working every day, so I was pretty much brought up to be a workaholic." 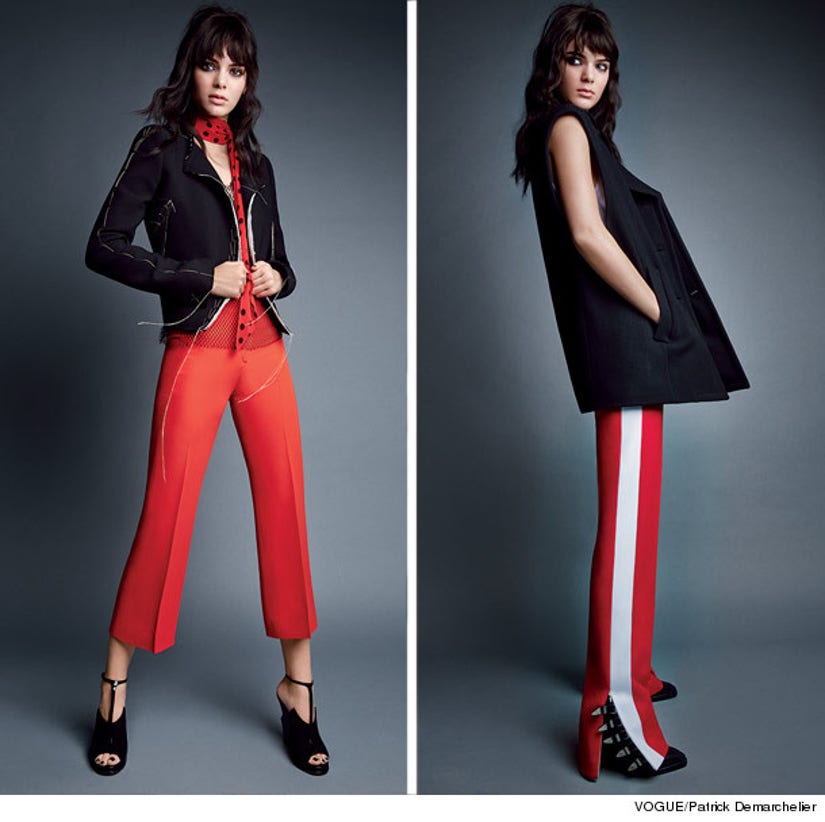 While the 19-year-old is still young, the idea of actually being an adult intimidates her.

"I just turned 19 a couple weeks ago, and I'm scared to be 20—it's the first step out of being a teenager," she admitted. "My sister Khloé [Kardashian] always says to me and my younger sister, Kylie [Jenner]: You have your whole life to be an adult but only so long to be a kid."

We can't wait to see what she does next!

What do you think of Jenner's latest modeling gigs? Tell toofab in the comment section below, and don't forget to check out the February issue of Vogue, on stands now. 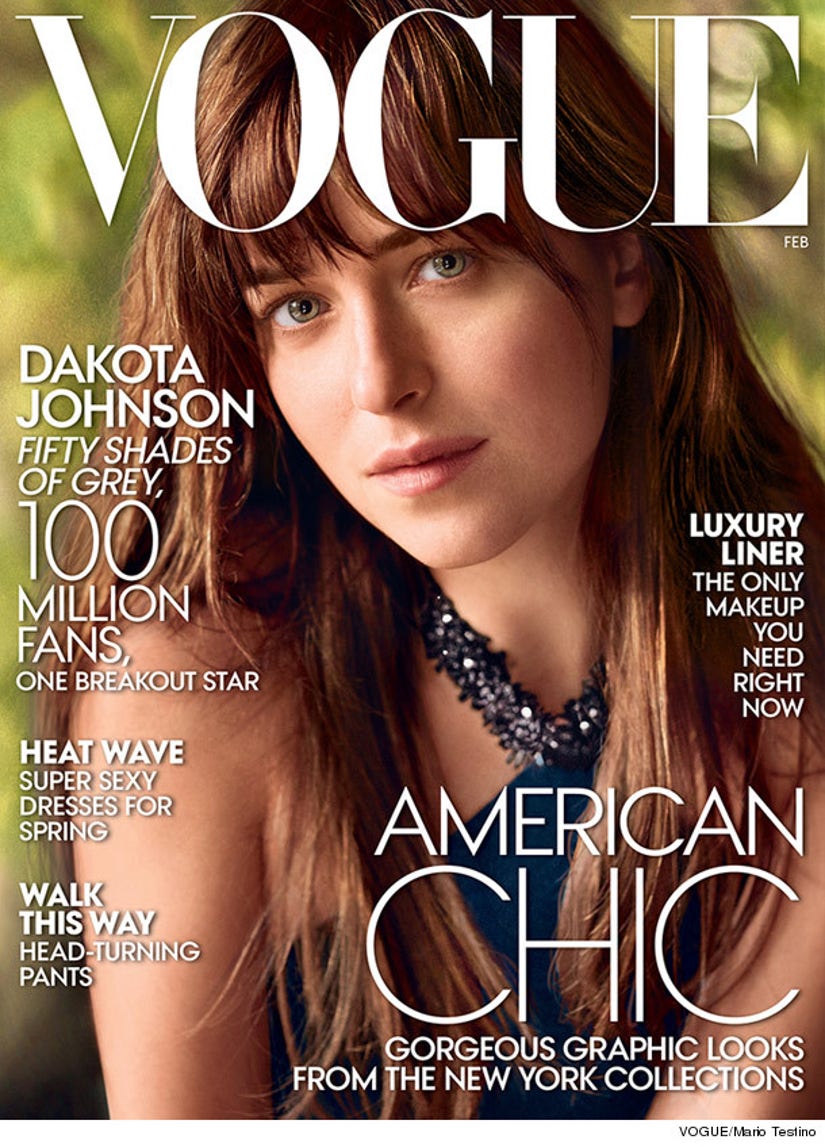