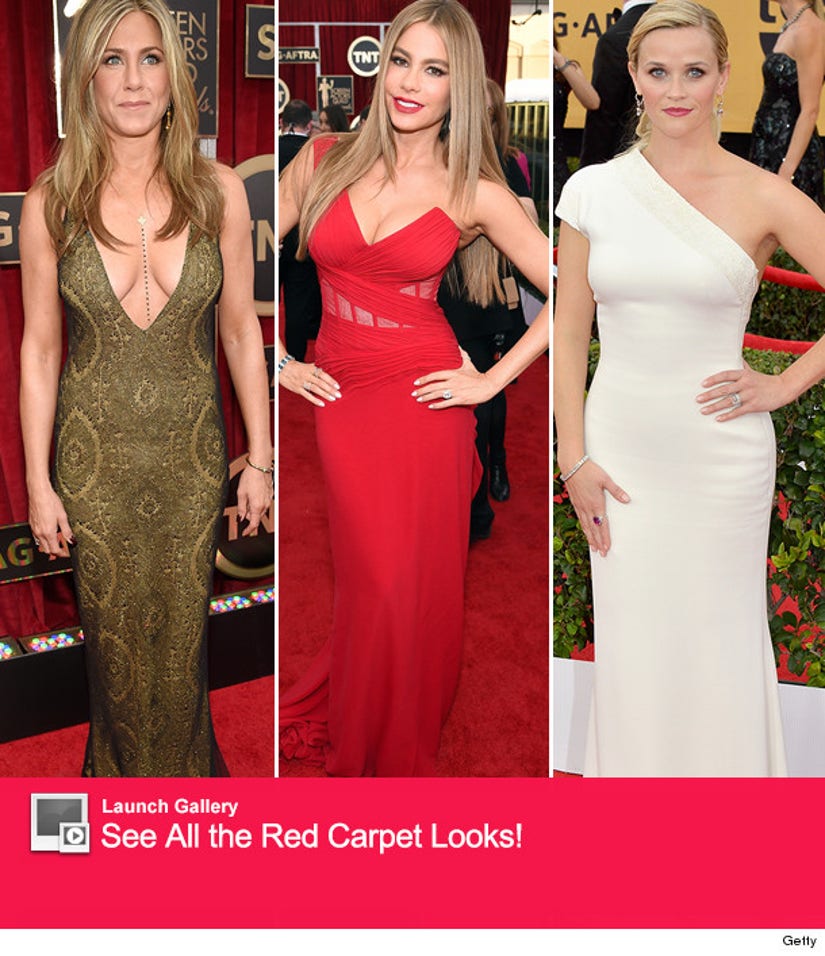 Hollywood's sexiest stars came out for the 2015 Screen Actors Guild Awards at the Shrine Auditorium on Sunday -- and it was one hot red carpet!

Jennifer Aniston once again showed some serious cleavage in a vintage John Galliano gown with a plunging neckline. She accessorized with Fred Leighton jewels on her chest and with fiance Justin Theroux by her side.

And Reese Witherspoon stunned in an asymmetrical white Giorgio Armani dress that made her look classically beautiful. We're "Wild" about this one on her!

Emma Stone's ensemble was one of the most talked about, as she stepped out in a Dior blazer with a long sheer skirt underneath. Her hair and makeup were perfection, but what do you think of her look?

The train of Emma's dress was so long, "Birdman" costar Naomi Watts tripped on it while accepting their award later in the evening. Stone's mortified reaction is priceless.

As for the outfits we didn't care for: Rosamund Pike's dress did nothing for her amazing figure, Sophia Bush's shiny number had an awkward fit as well ... and Emilia Clarke's Donna Karan creation aged her considerably. Sorry Khaleesi!

Who Won a SAG Award? See the List of Winners!

The stars of "Orange Is the New Black" transformed as well -- Laverne Cox flaunted her killer curves in a satin Johanna Johnson gown with crystal embellishments as Uzo Aduba dazzled in yellow.

Once the show got started, there was one person everyone was talking about: Zach Galifianakis.

The actor showed off his surprising new frame, looking barely recognizable as he appeared in the show's annual "I'm an Actor" opening. His appearance quickly started to trend on Twitter, with many saying he looked just like Joaquin Phoenix. 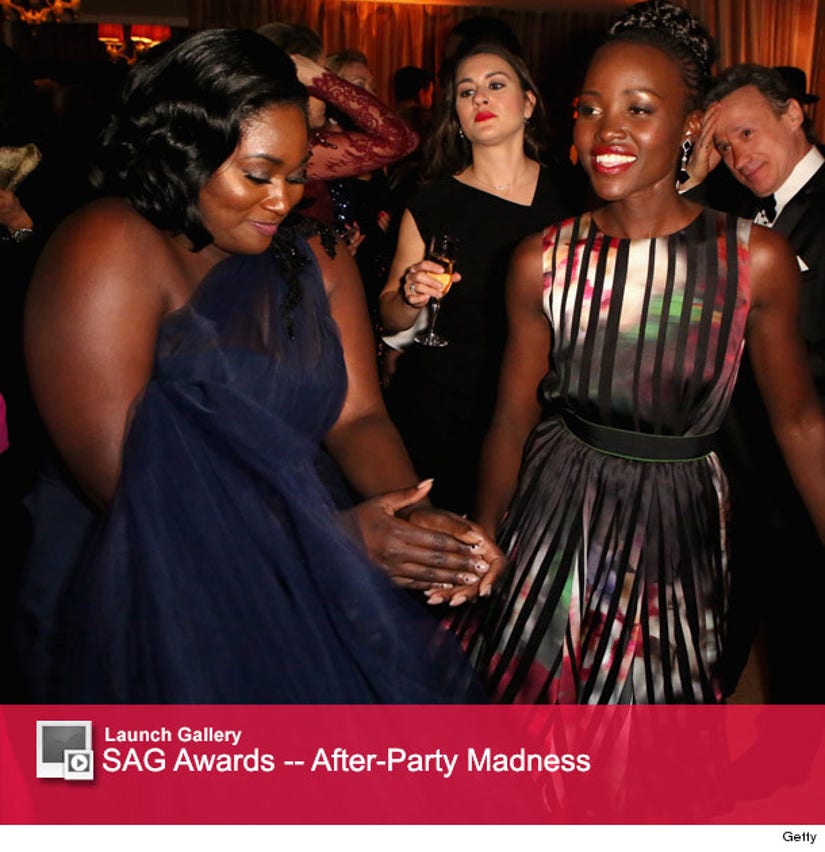 When the telecast was over, the stars all flocked to the wild after-parties, where the cast of "Orange Is the New Black" was seen celebrating with their statuettes. We just love seeing Danielle Brooks get down with Lupita Nyong'o -- and Lupita's short version of her red carpet look was downright adorable.

And be sure to check out more photos from behind-the-scenes in the gallery below ... and find out what really went down off-camera! 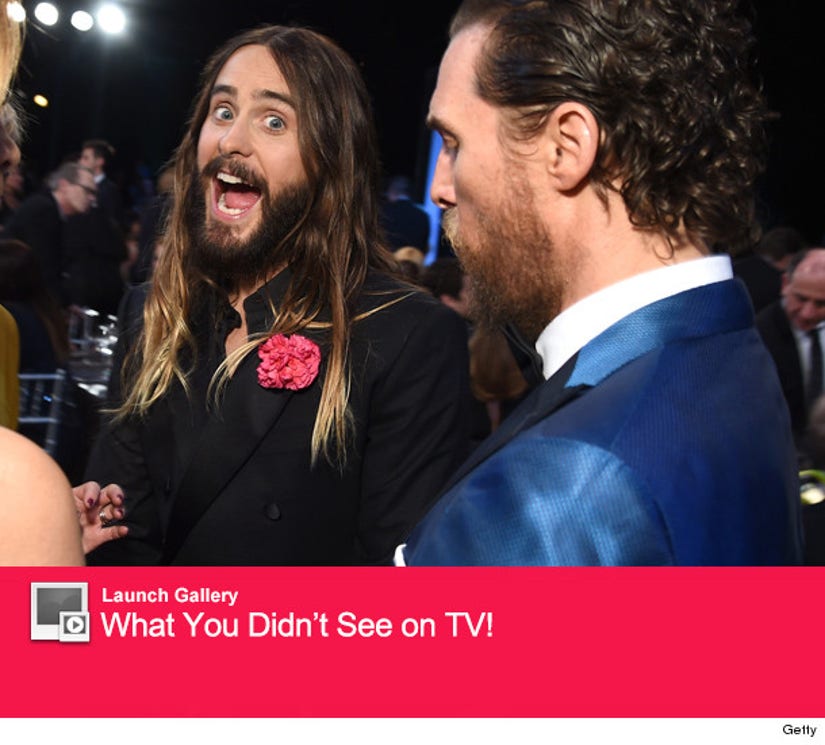