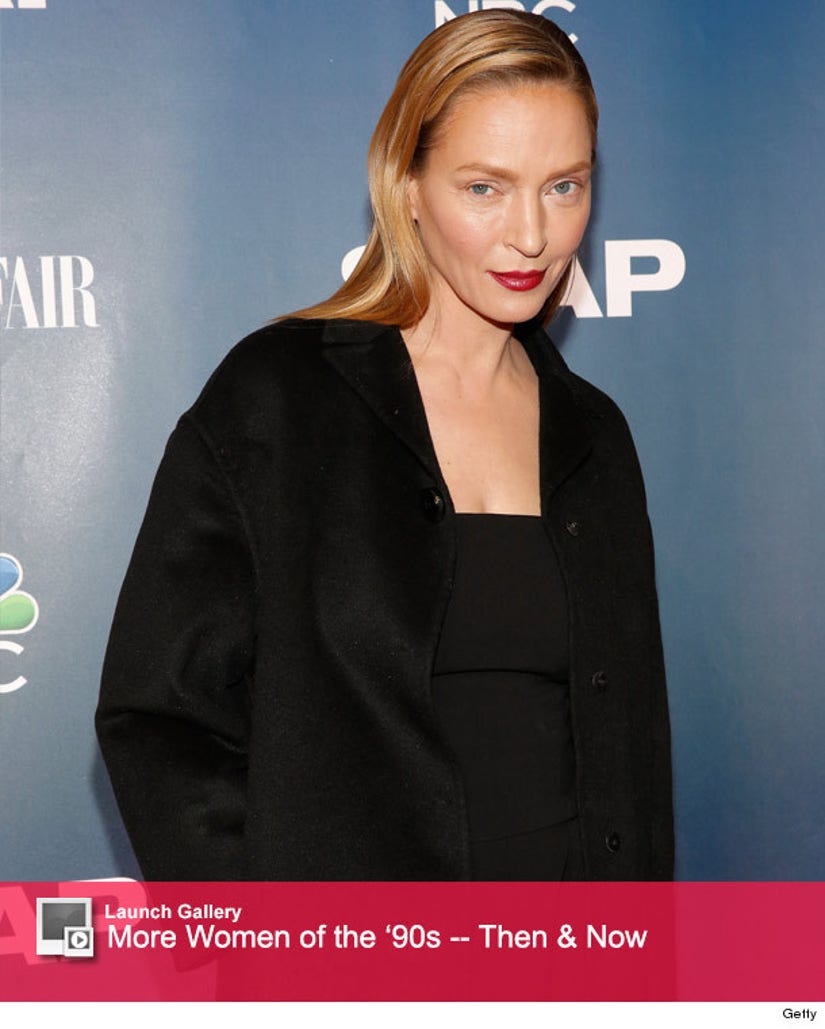 Even Uma Thurman admits she looked "weird" the other night.

The star of "The Slap" appeared on "Today" this morning, where talk quickly turned to the online reaction to her face at the show's premiere earlier this week. The actress made headlines by looking a little, uh, different ... as she stepped out with lighter eyebrows and without bangs, fake eyelashes or eyeliner.

When asked what she thought about all the hubbub, Thurman replied "Um, I don't know. I guess nobody liked my makeup."

The 44-year-old -- who looked like her normal self again -- was a good sport about the entire situation though.

Thurman's own makeup artist, Troy Surrat, also opened up about her interesting look.

"I wanted to give Uma a statement lip balanced by a more feathered brow," he revealed about the mascara-free technique. "Uma and I discussed creating a look that was more editorial with soft natural lashes. As a makeup artist I've grown a bit tired of all of the lash-y looks and fake eyelashes that we've been seeing on the red carpet for some time now."

And now, it's time to officially put this subject to rest!