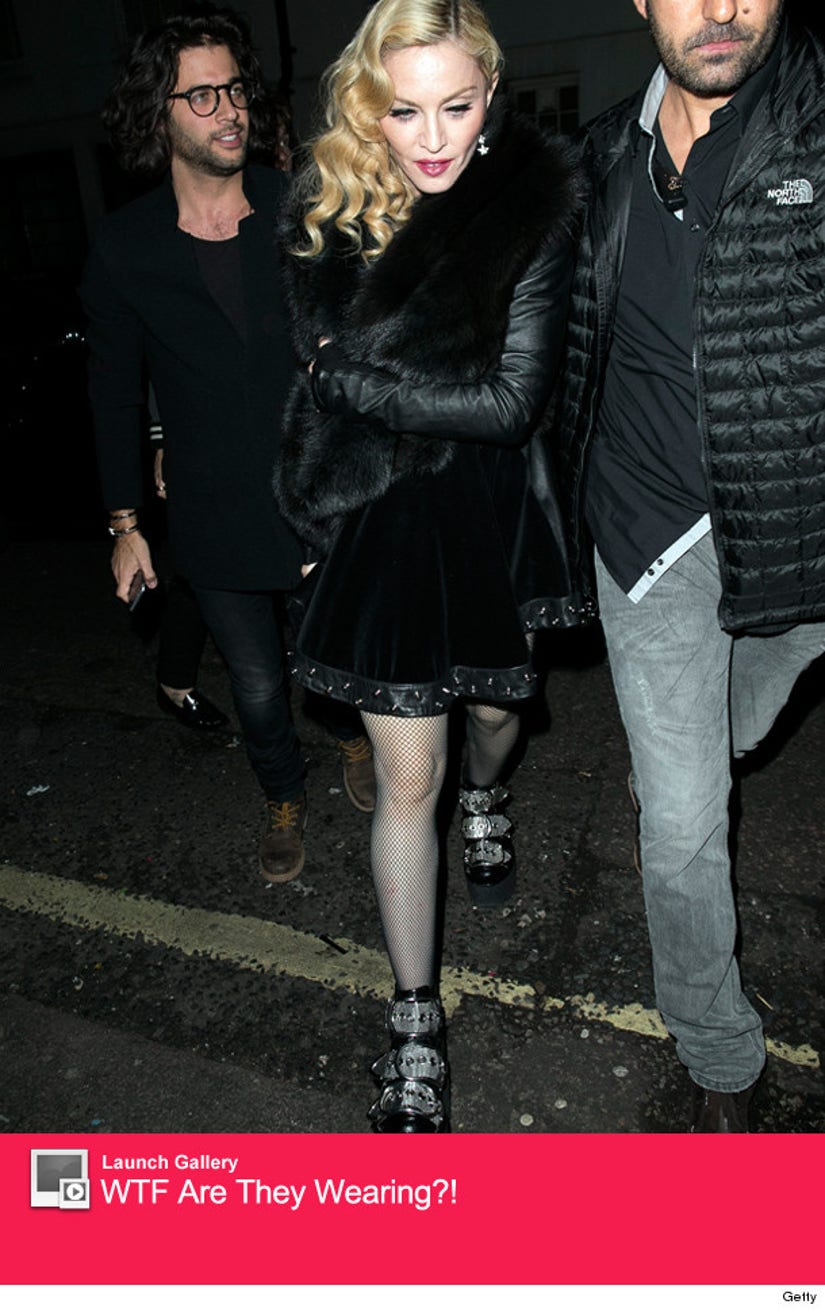 Madonna isn't letting anything get in the way of fashion!

The 56-year-old Queen of Pop proved she wasn't fazed by her infamous fall at the 2015 Brit Awards, stepping out on Thursday in dangerously-high (and hideous!) platform boots.

Madge paired her outrageous footwear with fishnet stockings and a leather and fur jacket with spikes along the hem as she headed the Mert & Marcus House of Love party on Thursday night in London.

While the music veteran felt well enough to hit the star-studded bash, she admitted that she hurt herself more than she had previously let on.

"I had a little bit of whiplash, I smacked the back of my head," she told Britain's "Jonathan Ross Show," (via the Associated Press). "So there was a man standing over me with a flashlight until about 3 a.m., making sure I was still conscious."

The "Living For Love" singer blamed her fall on a wardrobe malfunction, saying that her Armani cape had been tied too tightly at the neck "and my two lovely Japanese dancers basically strangled me off the stage."

We're just happy to see she's on the mend after #capegate ... but those shoes have to go!