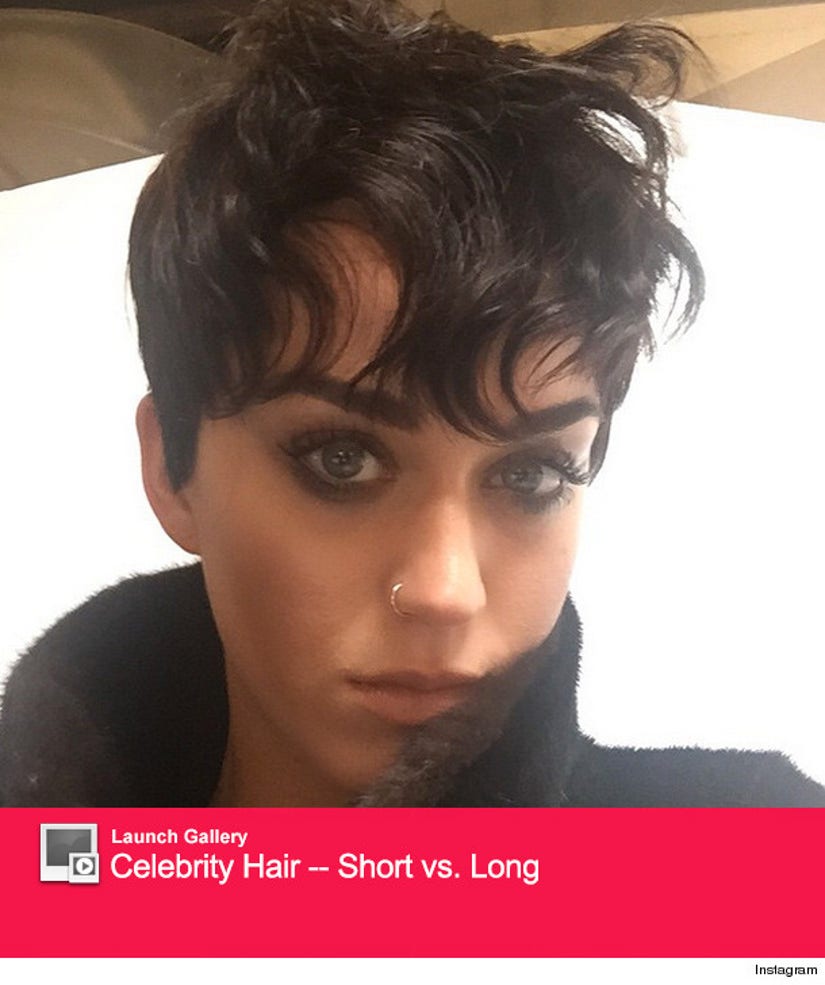 This has to be a prank, right?

Katy Perry surprised her fans on April Fool's Day by posting the photo above -- showing the singer with shockingly short tresses. "I asked for the Kris Jenner," she captioned the snap, where she's also sporting dramatic eye makeup and a nose ring.

The new look comes just days after the "Dark Horse" singer spent some time with the Kardashian family matriarch in NYC, so maybe (just maybe) Jenner's signature style rubbed off on Katy.

So far, most of Perry's fans aren't buying it -- with many of them saying it's all just a joke for April 1 -- but a lot of them agree she still totally rocks the look.

We have to admit, it wouldn't be the worst thing she's ever done to her hair. We appreciate the dark, natural color over some of the other hues she's rocked lately and she's got a face to pull off the cropped locks.

What do you think of her new (and probably very temporary) 'do? Sound off below!