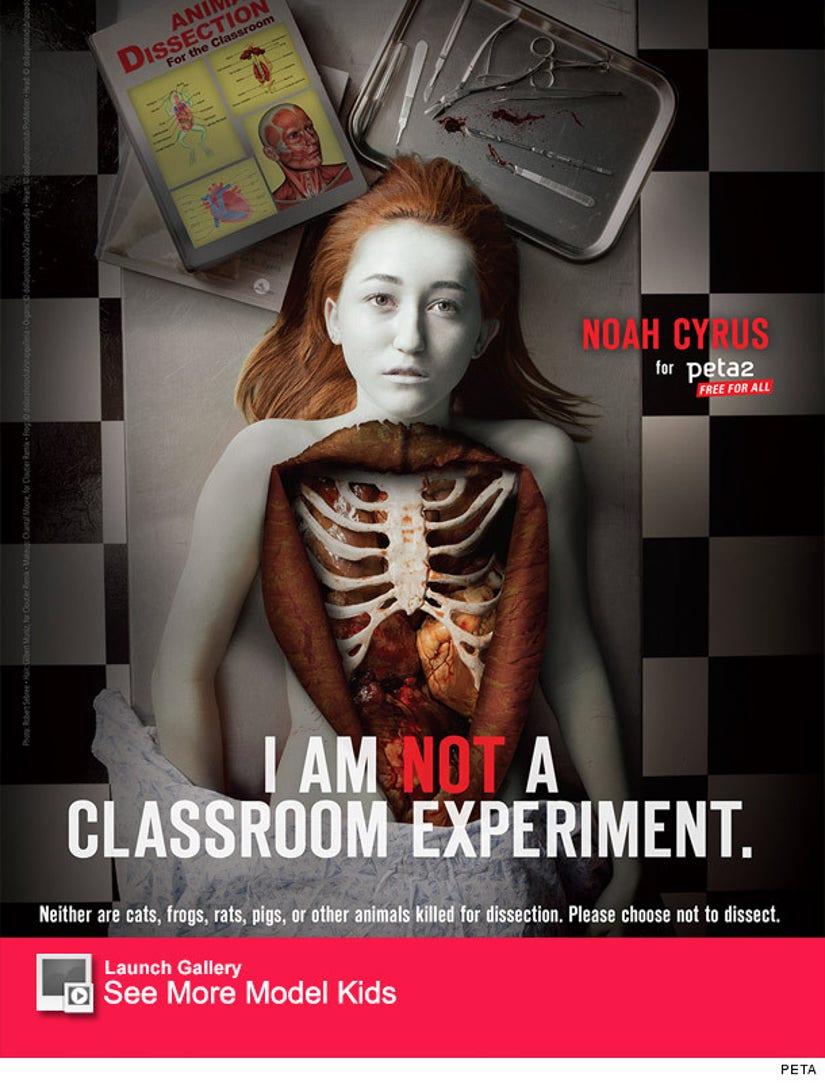 Miley Cyrus' 15-year-old sister is the latest star to appear in a controversial campaign for PETA, ﻿which is intended to bring attention to the truth about animals being used in classroom science experiments.

In the shocking ad, the young model is laying on a cold metal table with her chest cut open, exposing all of her internal organs.

The caption reads, "I Am Not a Classroom Experiment. Neither Are Cats, Frogs, Rats, Pigs, or Other Animals Killed for Dissection. #DissectionKills."

"Every year, more than 10 million animals are dissected in secondary school and college science classes," PETA said in a statement. "Most of them come from biological supply houses that sell cats obtained from animal shelters, fetal piglets cut from the wombs of pigs killed in slaughterhouses, and frogs who are taken from the wild—a practice that wreaks havoc on local ecosystems. Studies have repeatedly shown that virtual dissection is more effective in teaching biology than cutting up dead animals."

Noah also commented on the controversial campaign, revealing that her love of animals led to her involvement in the cause.

"Because I love all animals so much, people should realize they don't have to cut into something to learn about it," she said in a statement. "You should ask your teacher for other humane alternatives...You'll learn so much more off of the computer. If you have the other option, why not take it?"

Check out the clip above to see a behind-the-scenes look at the gory photo shoot! 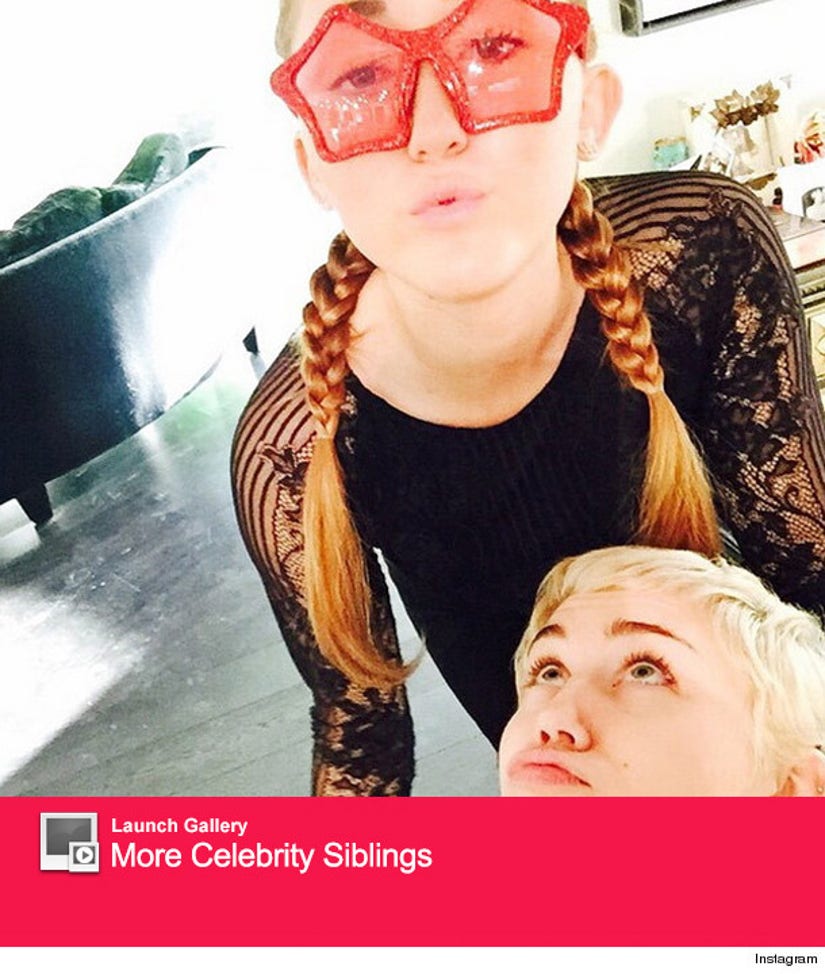