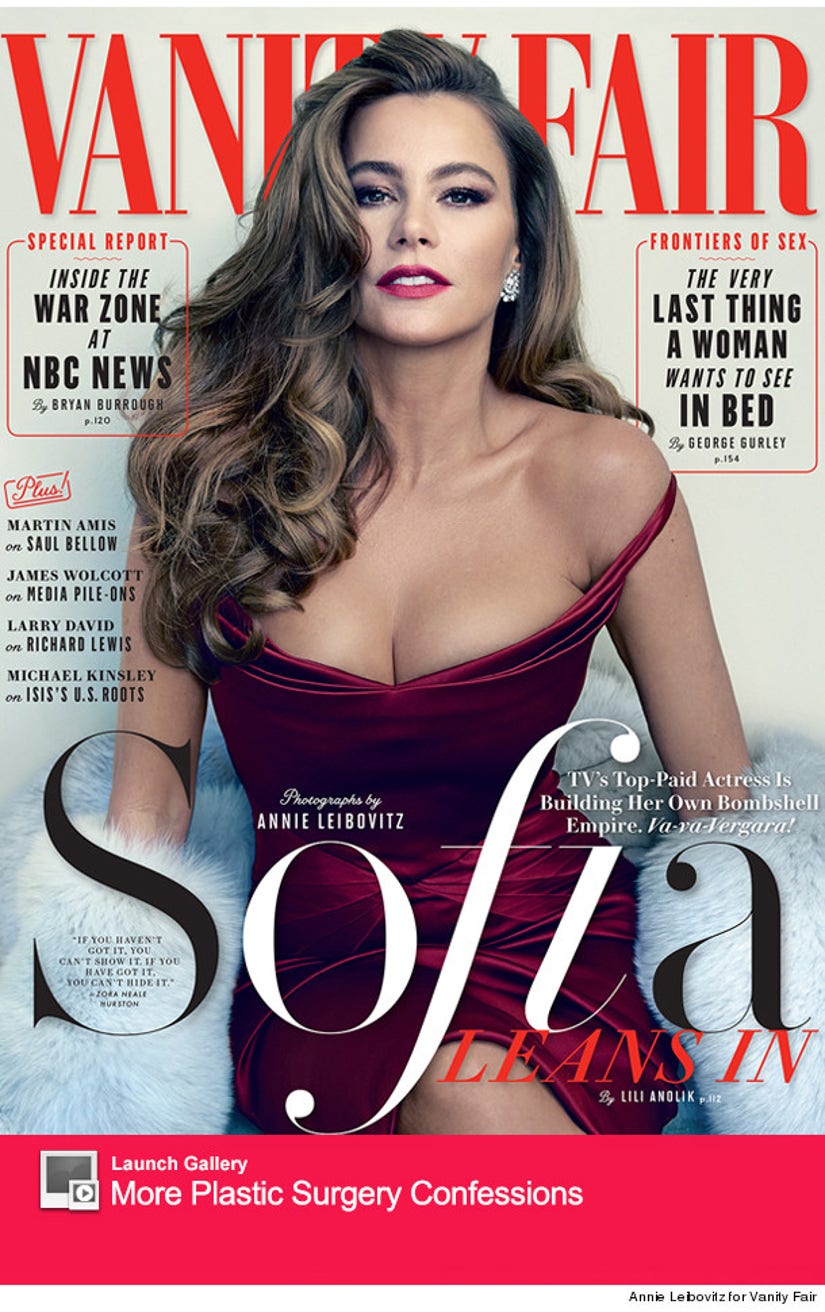 Sofia Vergara may have one of the best bods in the business, but she even admits to having insecurities about her breasts!

"My boobs are, like, huge," she says in a new interview in the May issue of Vanity Fair. "My whole life, buying a bra was a nightmare. What I used to do when I moved to L.A., I found places like Frederick's of Hollywood that make bras for [strippers]."

"Believe me, I wish I had fake boobs," she continues. "I lay down and they completely go down like all the way, like here. It's not fun."

The "Modern Family" star, who flaunts some serious cleavage on the cover of the mag, admits that her assets are always a factor when she's picking a red carpet dress. In fact, she often gets criticized for wearing the same silhouette, which is something that bothers the actress.

"Sometimes you read in the press like, 'Oh, Sofía is wearing again the same shape dress,' and I want to answer them and say, 'What the f--k do you want me to wear?'" she complains. "Obviously there's a reason why that's what I go for." 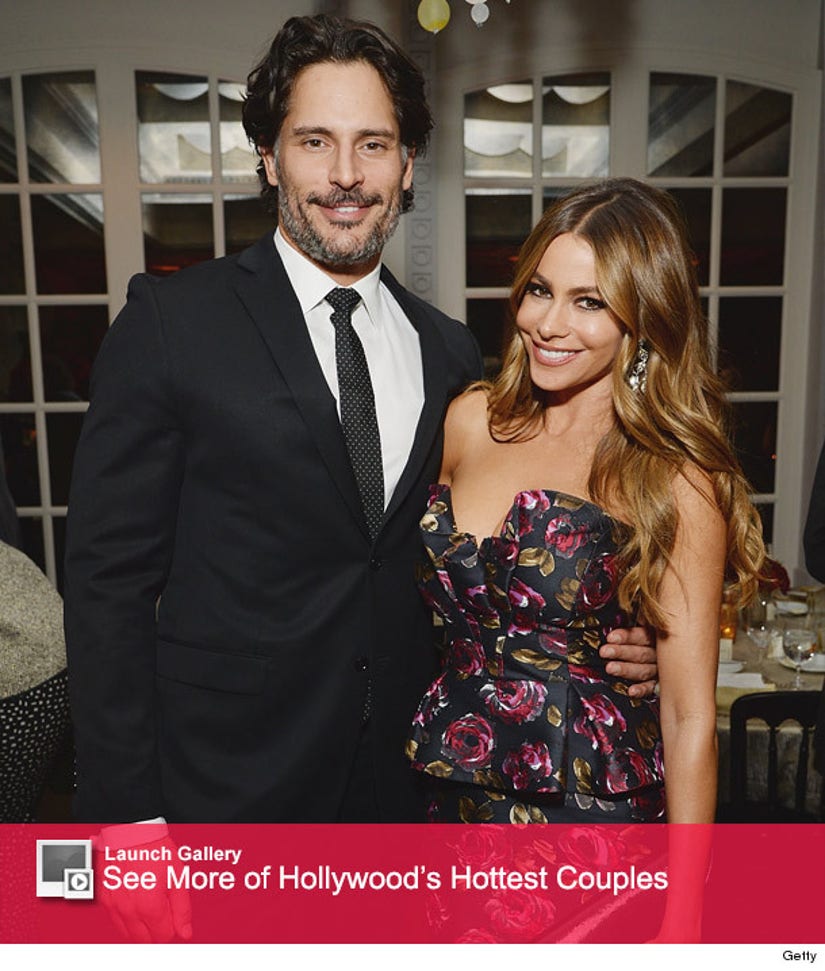 The brunette bombshell clearly knows what works for her when it comes to fashion ... and men!

Sofia is set to marry Joe Manganiello, who popped the question after a whirlwind romance. "The day that I sent the press release [announcing my split with fiance Nick Loeb], Joe immediately contacted Jesse Tyler Ferguson, like, 'Please, please, please tell her I want her number.' And I'm like, 'Jesse, no. He's too handsome,'" Vergara says.

"Then, after two days of Jesse trying to convince me, I'm like, 'OK. Give him my number.' I'm thinking, 'I'm in New Orleans shooting [Hot Pursuit], and he's in L.A. [getting ready to film Magic Mike XXL]. Nothing's going to happen,'" she adds. "But we started talking a lot, and then he showed up in New Orleans. Since then we've been inseparable."

"There's nothing about him I'd change other than the fact that he's four years younger than me," she adds.

Will Vergara, 42, and Manganiello, 38, have kids someday?

"My son, Manolo, is 23 years old, which is going to be really weird if I have another baby. But, you know, Joe wants babies and if it's going to make him super-happy, then—" she says.

Check out Sofia's full interview in Vanity Fair when it hits newsstands on April 14.