The actress was spotted soaking up the sun and swimming in the ocean while vacationing at the Standard Hotel in Miami Beach, Florida on Tuesday.

The "Kill Bill" star put her fit physique on display in her black bikini as she hit the water with her 16-year-old daughter Maya-Thurman Hawke.

The 44-year-old's reportedly dating hotel tycoon Andre Balazs, whose empire includes the Standard Hotel chain which can be found in major cities all across the U.S.

It definitely looks like the actress is enjoying her time off!

In October, Thurman and ex-hubby Ethan Hawke's daughter Maya made headlines while attending the premiere of the "Theory of Everything" with her famous momma. 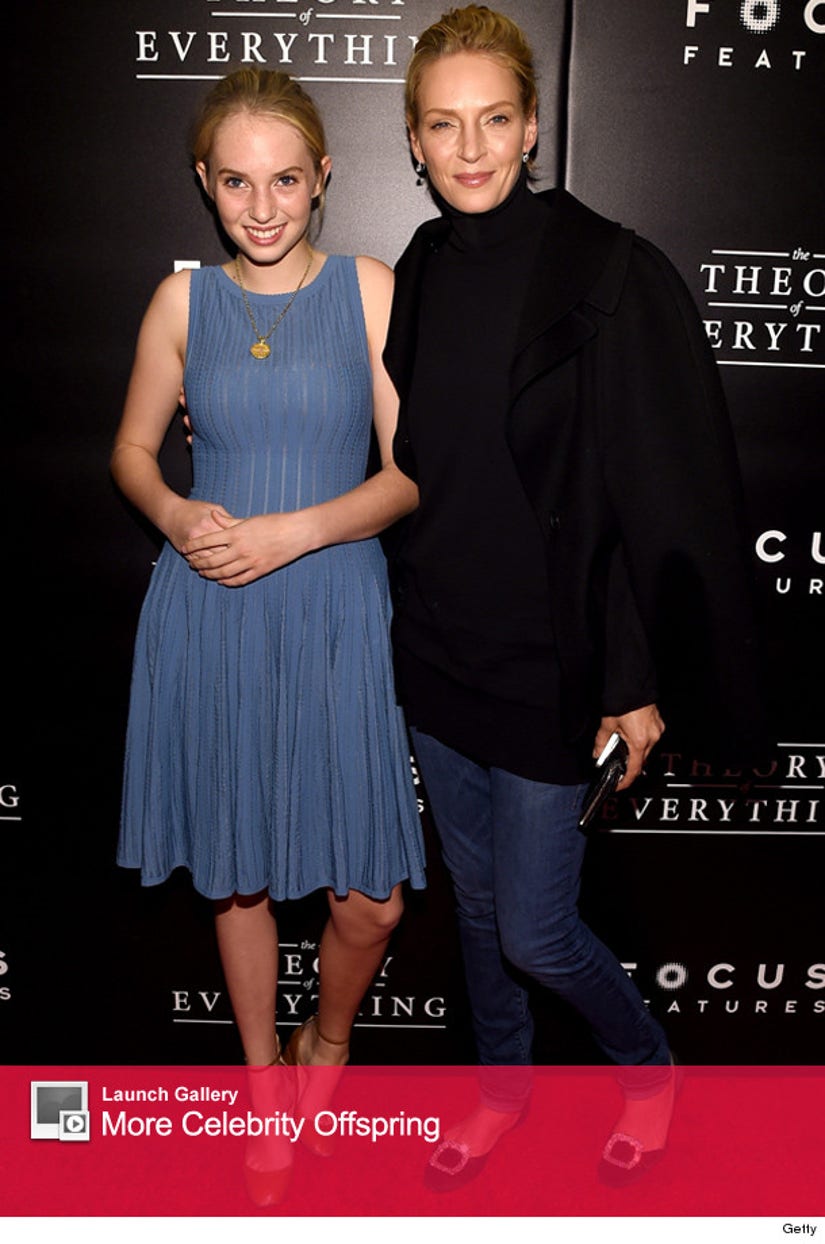 We can't believe how grown up she is now -- doesn't Maya look just like the "Pulp Fiction" star?!

After three kids, we think Uma looks pretty damn good -- what do you think about the actress' bikini bod? Tell toofab in the comment section below and check out the gallery above to see more celebs hit the beach!