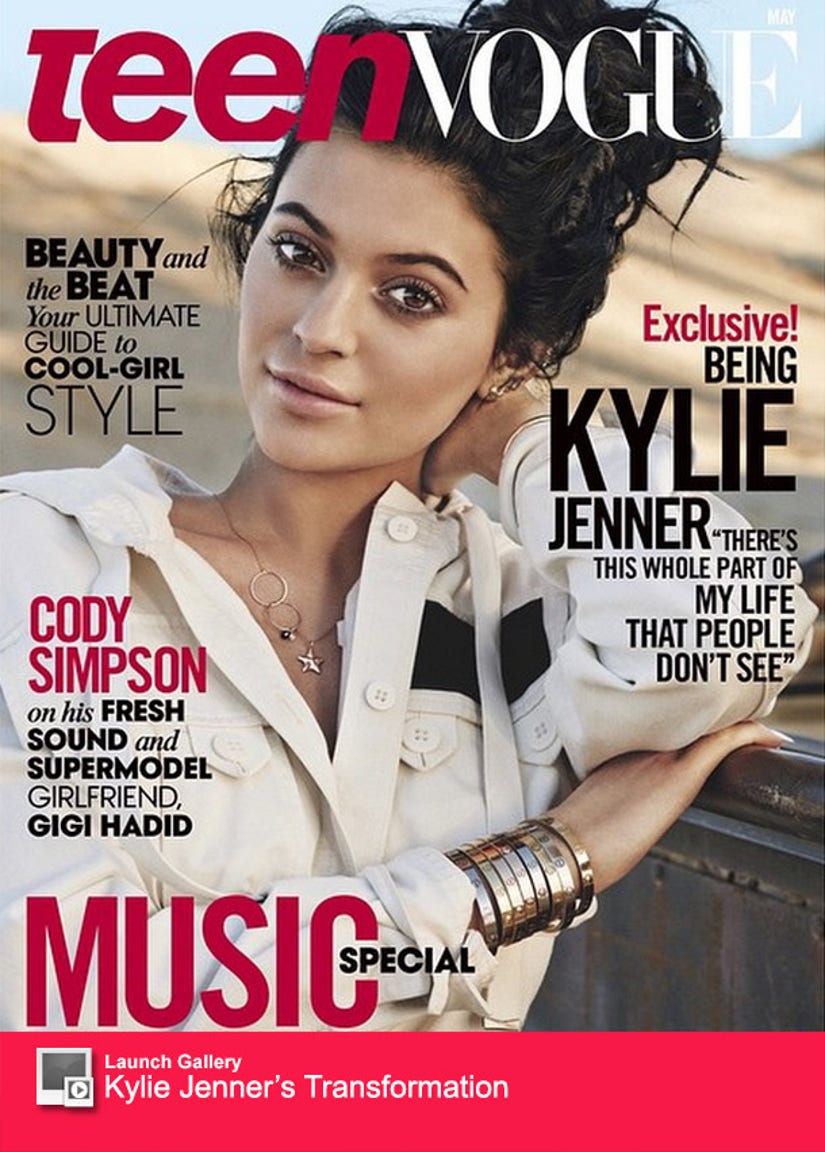 They grow up so fast: Kylie Jenner already has babies on the brain.

The youngest of the Kardashian/Jenner clan cover the May issue of Teen Vogue, where she reveals when she wants to have her first child, opens up about moving out and talks about her makeup secrets.

The 17-year-old “Keeping Up with the Kardashians” looks just like a young Kim on the magazine's cover, sporting an off-white jacket and more natural makeup than we usually see on her.

And just like Kim, she hopes to be a mom one day ... just not anytime in the immediate future.

While she's still technically a kid herself, the teenager has her sights set on independence. Kylie says she's not moving out until she turns 18 -- adding "I'm ready to live on my own. It's a really big step, but I'm ready."

Jenner also gives some insider info about her beauty routine.

"I never really wear makeup unless I need to, because when I do my makeup I like to really do my makeup," she says. "I'm never going to just spend 20 minutes, you know? A good night out is, like, two and a half hours for full makeup, curling hair, whatever. I love false lashes.”

Check out more of Kylie's Coachella-meets-Mad Mad fashion in a video from the shoot below!