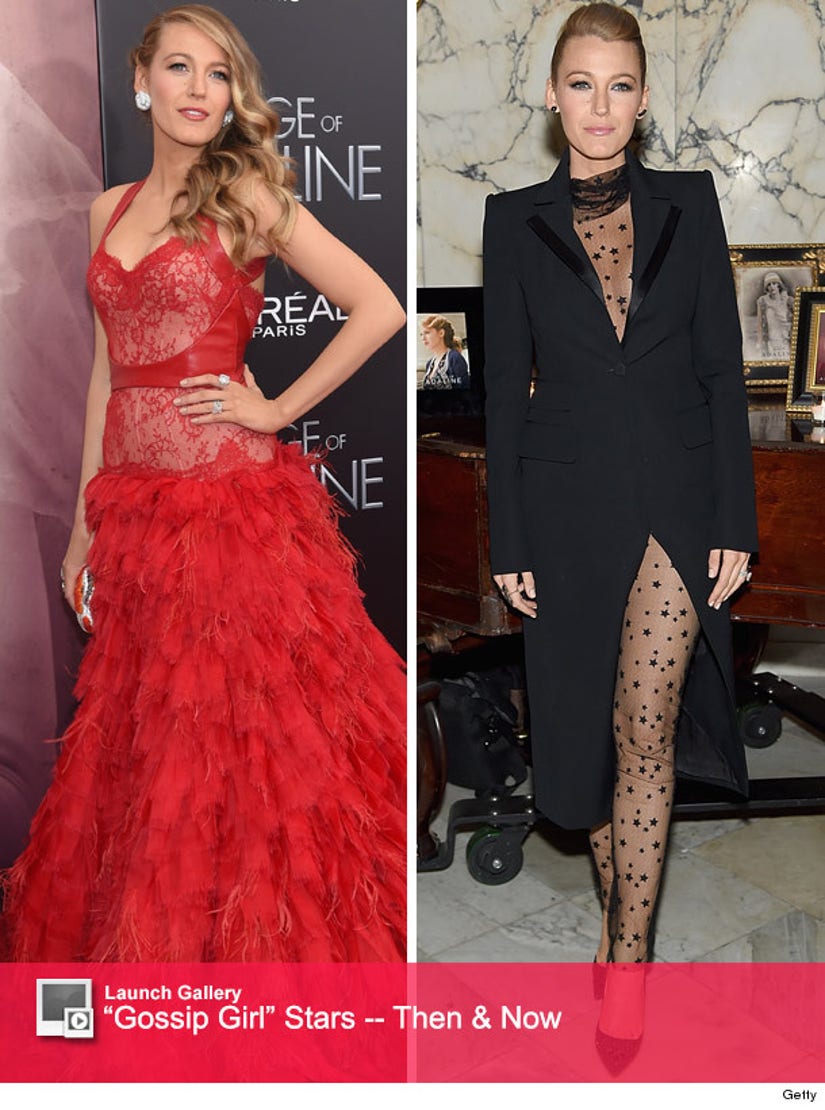 Has Blake Lively ever looked this good?!

The former "Gossip Girl" stunner dazzled on the red carpet at the New York City premiere of "The Age of Adaline" on Sunday, donning a red hot Monique Lhuillier gown.

After she slayed on the red carpet, Blake switched it up for the after-party in a star-covered sheer body suit with a plunging black blazer. She pulled her long locks back into a chic chignon and softened the look with a pretty pink lip.

Between that trim waist and those toned legs, can you believe Blake gave birth back in January?

The actress recently made headlines for some comments she made about her role as Serena Van Der Woodsen on "Gossip Girl."

“It's a weird thing when people feel like they know you really well, and they don't,” Lively admits, adding that the lines between her role and reality got “blurred.”

“It doesn't help when everybody is dating who they're dating on the show, and you're also saying to the costume designer, 'Hey, can I take that home?'"

“People loved it, but it always felt a little personally compromising—you want to be putting a better message out there,” she continues. “I would not be proud to be the person who gave someone the cocaine that made them overdose and then shot someone and slept with someone else's boyfriend.”

Well ... we still loved it! Check out the gallery above to see what some of her former co-stars look like now!