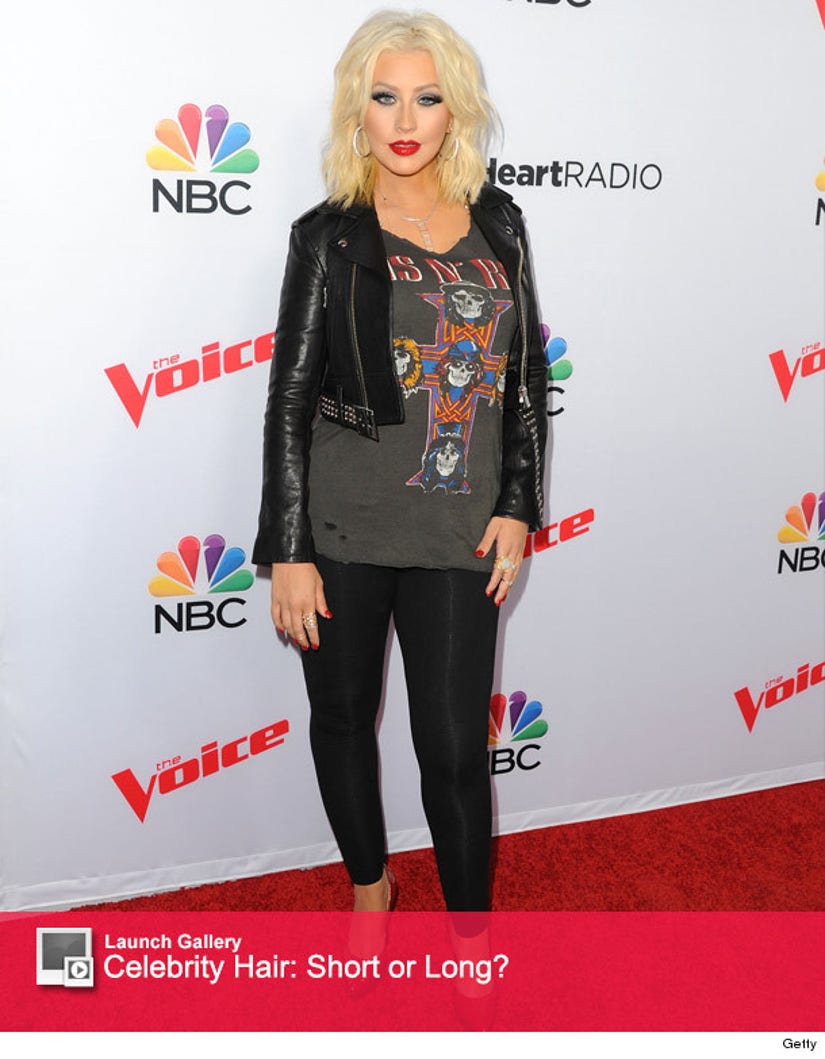 Christina Aguilera stepped out on Thursday night for "The Voice" Top 8 finalists event in West Hollywood -- and debuted an edgy look.

Gone are the "Dirrty" singer's long blonde extensions, as the singer appears to have ditched them in favor of her natural hair, which she styled in a wavy lob.

The mom to son Max, 7, and daughter Summer Rain, who she welcomed in August, has never looked better since debuting her post baby bod.

The new hair is such an improvement over this: 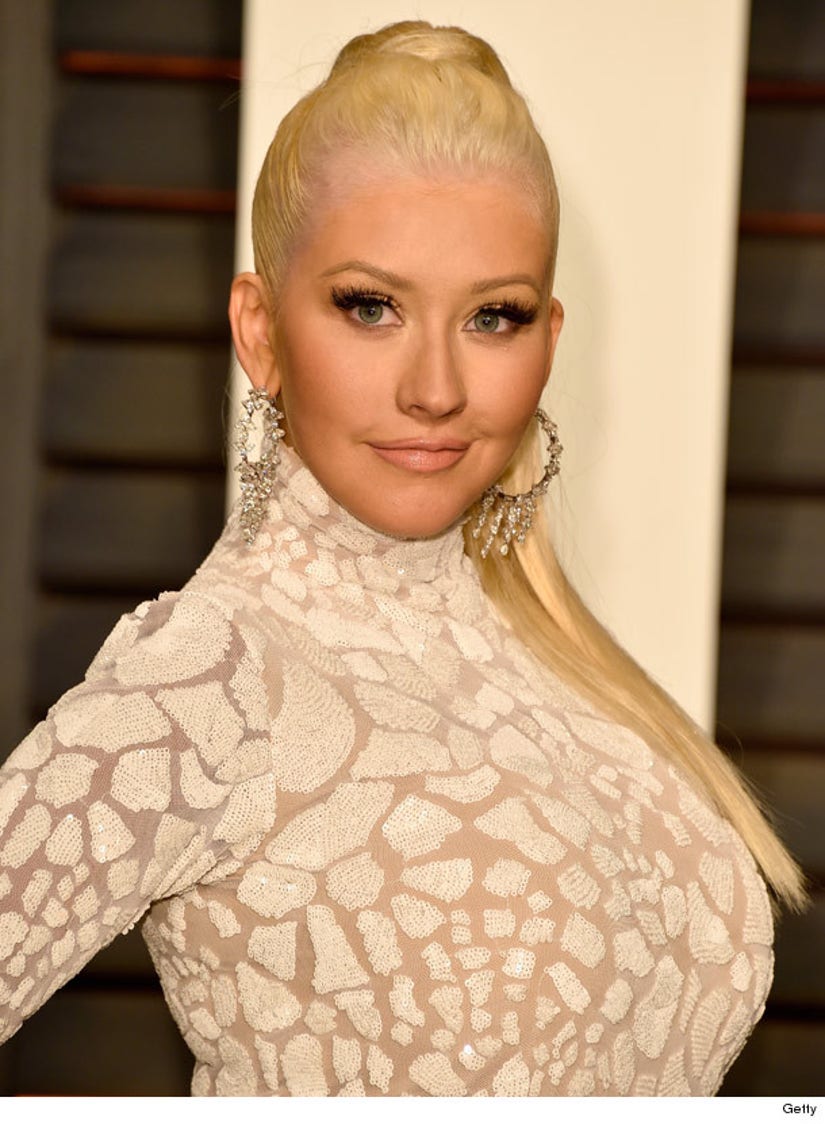 We still wish she would take it down a few notches with all that makeup -- the 34-year-old is such a beauty, she doesn't need all the face paint!

Aguilera has been all about changing up her looks recently. The soulful singer is in the middle of her guest stint on "Nashville," where she rocks both dark brown and even pink hair as pop star Jade St. John.

Christina recently opened up about staring on the musical drama and going at it with Hayden Panettiere's character Juliette Barnes.

"I don't think I've been told off, maybe ever, the way that her character tells me off on the show," she said in a recent interview with E! News. "It's well-written, and my character gets it handed to her. It's sad, but keep watching. It's really good."

What do you think of the pop diva's latest look? Sound off below then click "Launch Gallery" for more stars who've gone from long to short!