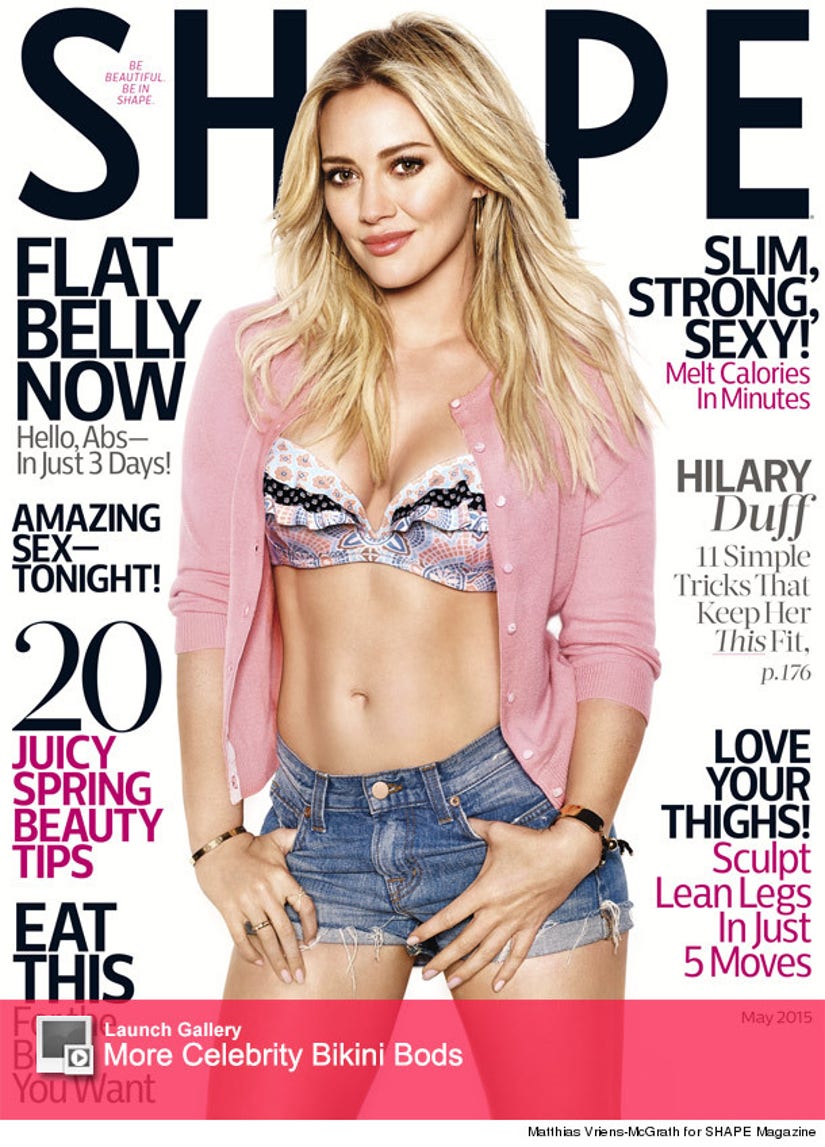 Hilary Duff flaunts her toned abs and fit body in the May issue of Shape Magazine -- and the former Disney girl has never looked better.

The "Younger" star is making a big return to the spotlight following her three year hiatus after giving birth to son Luca. In her new interview, with the mag she opens up about how she juggles fitness with a busy schedule and why she feels no pressure to be perfect.

With a new television series, a 3-year-old and an upcoming album (her first in eight years!) Hil's got her hands pretty full. So, how is the star able to look so good with so little time?

"I rely on real-life exercise. Carrying my son, for one. He weighs 35 pounds," she reveals. "The other day we went to Disneyland and he fell asleep in my arms, and I had to carry him back to my car, which was a 30-minute walk. I was dying." 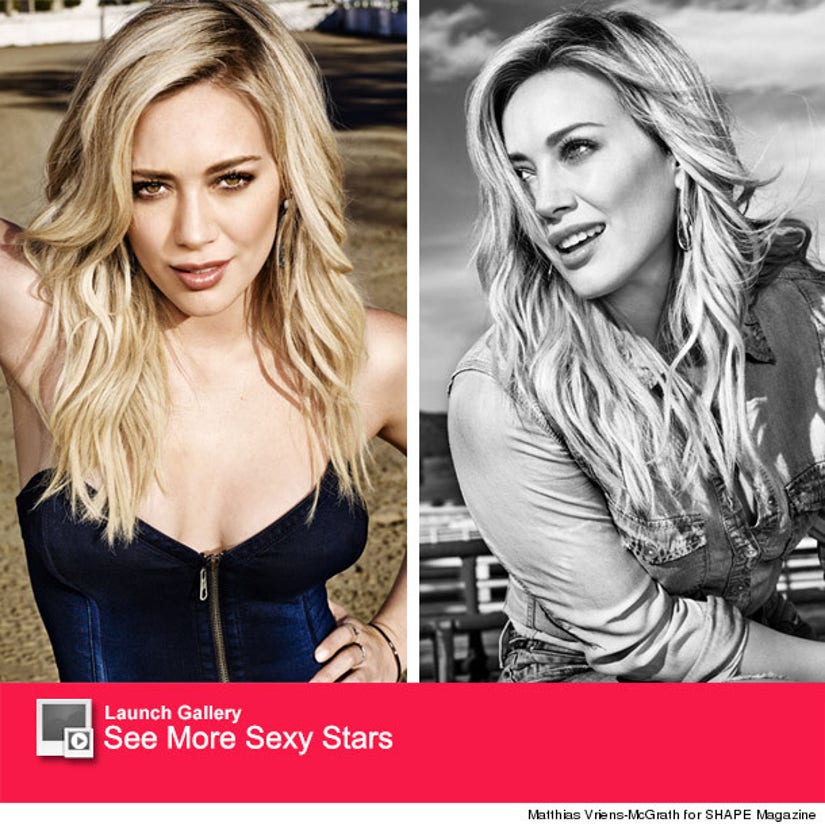 Aside from toting the tiny tot around, the newly single star hits the gym when she can and switches it up to keep things interesting.

"I don't do auto-gym. I go three times a week and mix it up every time. I work out with weighted balls, battle ropes, and big rubber bands," she explains. "I do this thing with a sledge-hammer where I swing it and hit a rubber block, and it get out all of my aggressions. Everyone is like, 'Uh-oh, Hilary's got the hammer—get out of the way!'"

The 27-year-old also keeps healthy by sticking to a meal plan -- but you won't catch her trying out the latest crazy diet fad!

"I rely on grown-woman food. I'd rather have someone pull my fingernails off than hunker down and go on an actual diet," she joked. "It's so hard for me! My sister Haylie and I once considered doing a baby-food diet, but it just sounded too disgusting."

Unlike many celebs in the spotlight, the "Sparks" singer makes it clear that when it comes to her body, she feels no need to be perfect. 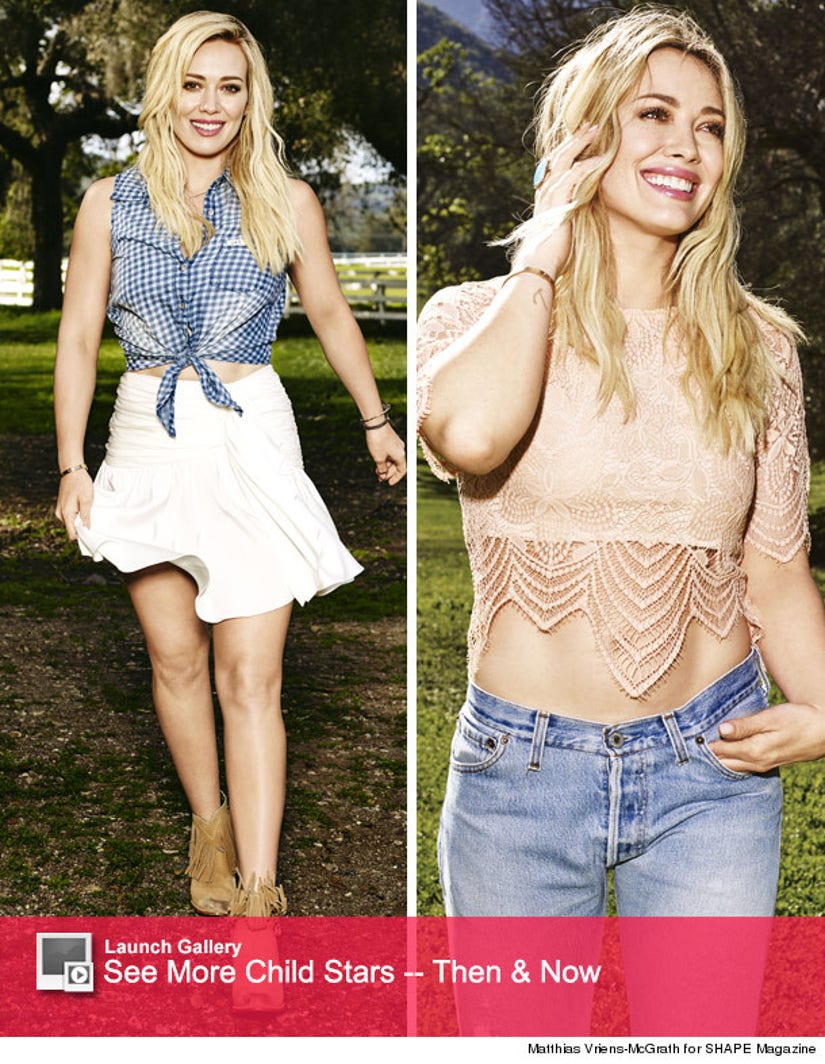 "There's so much pressure to always have it together, and I'm not falling for it," she confesses. "You see supermodels who have babies, and the next week they look as if they were never pregnant. That was not the case with me. Some days I feel great, others I feel pretty normal, and that's acceptable."

Something else that's "acceptable" to the star is indulging -- and there's one treat Hilary cannot refuse!

"The key to a happy life is cheese. It's a real problem. I can't say no to it! There's a cheese shop in Beverly Hills, and my car is like a magnet to it. Luca is crazy about it, too. Love the cheese!"

How amazing does Hilary look in the spread?! Tell toofab in the comments section below and be sure to grab the new issue of Shape Magazine on newsstands now!