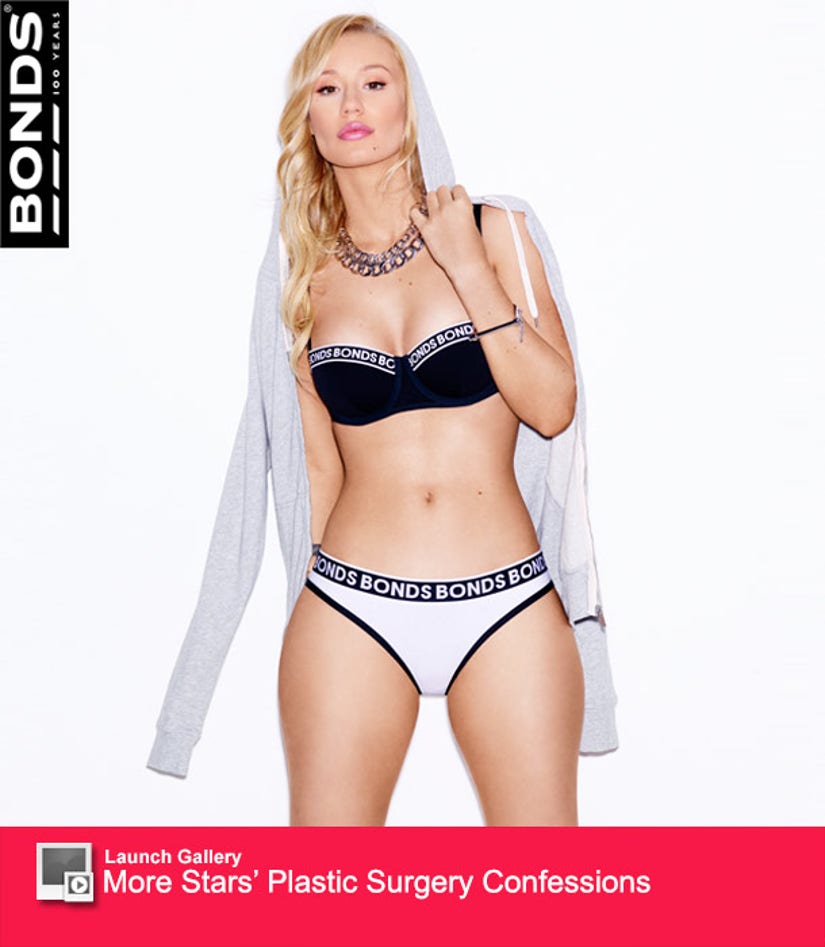 Iggy Azalea is a Bonds girl. No, not 007, but the Australian underwear line.

The rapper is the new face (and body) for the company and shows off her impressive physique in some just-released images for the brand.

"As a great role model for women and a long-time fan of Bonds, who grew up wearing Bonds hoodies and undies, Iggy's down-to-earth attitude makes her the perfect fit for Bonds," the company said in a statement.

"So excited to be a part of the @bondsaus #bonds100 campaign," Iggy adds.

This is the first time we've seen Azalea in so little clothing since she got her new breast implants a few months back. 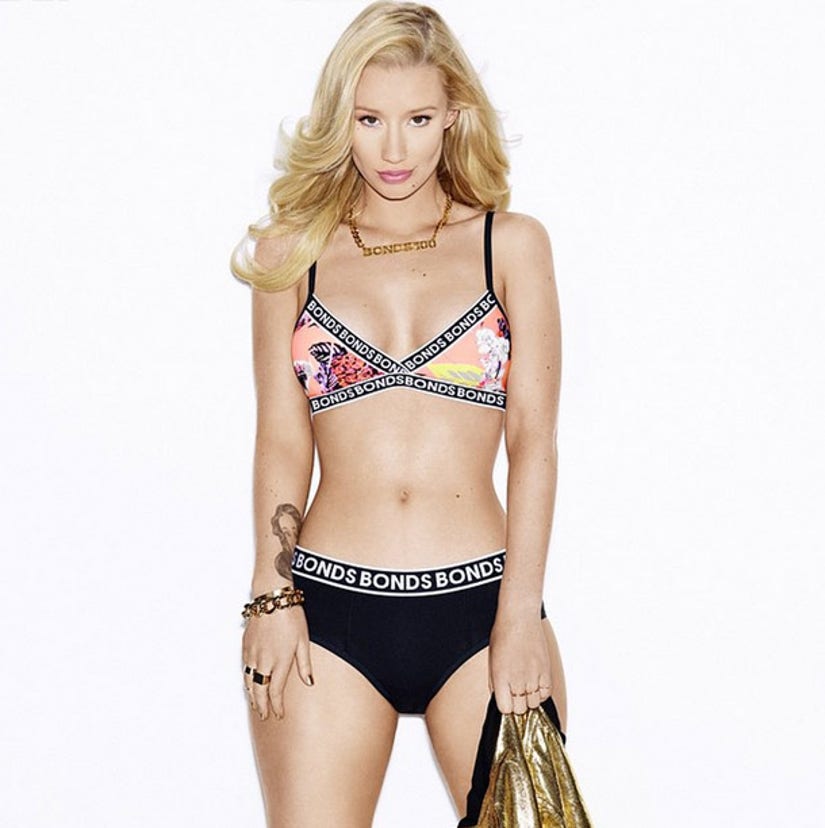 "I did change something: Four months ago, I got bigger boobs! I'd thought about it my entire life," she told Vogue back in March.

"I love them so much I had to talk about them," she later told E!. "Everybody did say, 'I don't think you need to say it because no one will ever know because they're so small.' I said, 'I know but I'm just going to say it [because] I'm a blabber mouth!'"

"I'd feel better not to have some secret," she added. "It's much freer to say it and then you don't have to worry someone will dig it up."

We gotta say, whoever worked on her did a great job -- doesn't she look gooood?