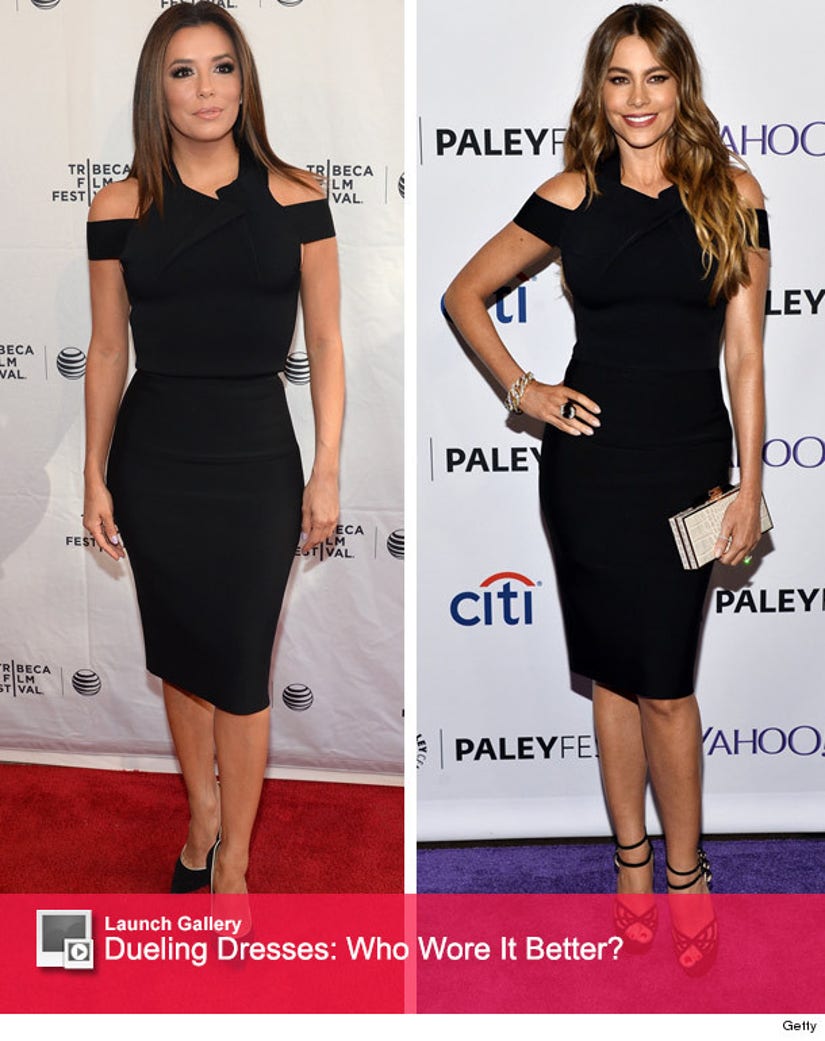 It's a style showdown between two silver screen sirens!

But, the brunette bombshell wasn't the only star to wear this anything-but-basic LDB!

Sofia Vergara put her curves on display in the same designer duds at Paleyfest in Los Angeles last month. The "Modern Family" star made it her own with Charlotte Olympia cutout sandals, an Amanda Wakeley clutch and a killer red lip.

Both women looked fantastic in the show-stopping threads, but we have to give the nod to Sofia. We love how she added some edge with her accessories ... and that body doesn't hurt either!

Who do you think wore it better? Cast your vote in the gallery above.