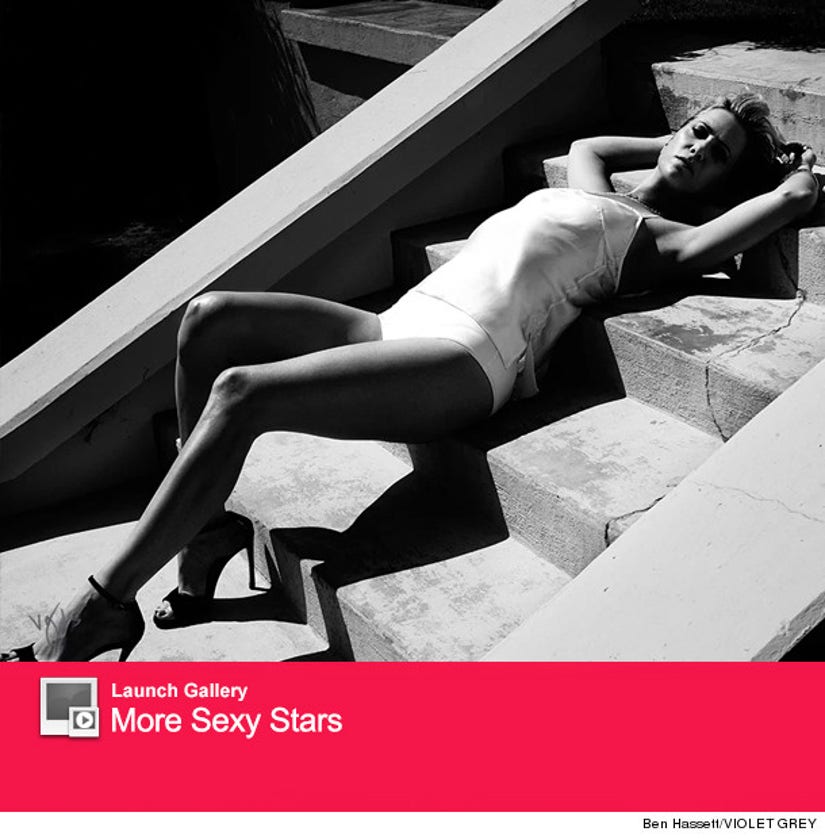 This is Kristen Wiig like you've never seen her before!

The actress strips down to her skivvies for Violet Grey's latest issue of The Violet Files, where she shows off her curves in a series of steamy snapshots.

In one pic, the "Saturday Night Live" alum puts her fit figure on display in a white tank and briefs as she lays on the steps. Another photo shows Wiig in a cleavage-baring sheer one-piece that leaves little to the imagination.

While Kristen is famous for her comedic chops, fans will be seeing her serious side in her upcoming film, "Welcome To Me." She plays a woman who quits her psychiatric meds and buys a talk show after winning the lottery.

"I didn't want to make it too light," she says of her character. "And that was hard because there are funny things in this movie but I never wanted it to seem like I was making fun of her ... I was more nervous about the comedy in the film than I was the drama for that reason." 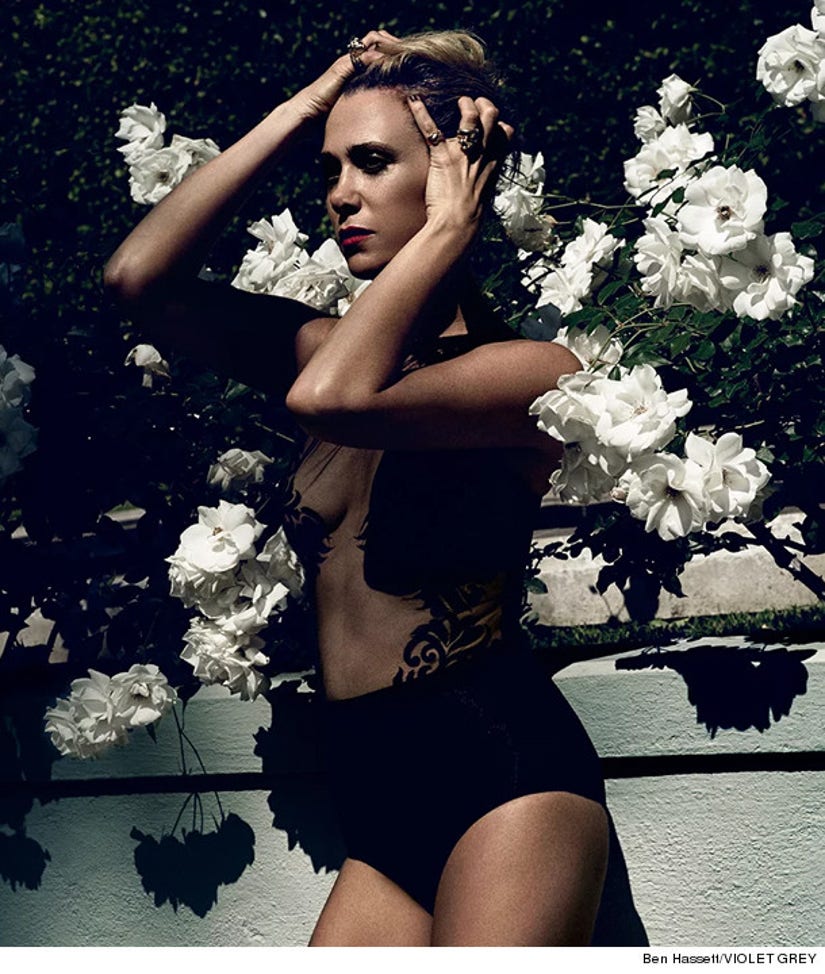 Wiig also goes nude in the movie. "Being naked in a film or on stage isn't always supposed to be sexy. It was the part and it felt right, so I did it," she explains. "Of course you're nervous, and you know people are gonna make comments but if you care about that, your job instantly becomes more difficult. You have to do things for you."

The 41-year-old star admits that fans expect her to be funny on-and-off screen, but she worries about how it translates into the way she's viewed in her roles.

"I always say people know you how they know you and I think people know me probably from 'SNL' and 'Bridesmaids,'" Wiig declares. "I've done a couple of things that have been dramatic and sometimes I get frustrated because...there was a scene I shot once where it was like, 'Oh this woman is so sad that she's doing this thing' and when we screened it people laughed."

To read the rest of Wiig's interview, check out Violet Grey.

While we wait to see Kristen's serious side in her new flick, she brought out the laughs on Wednesday during an appearance on "The Tonight Show."

Rather than appear as herself, she came as Daenerys Targaryen from "Game of Thrones" ... complete with Emilia Clarke's accent and a dragon of her shoulder!

"This is so exciting for me," Jimmy Fallon said. "Khaleesi, of course, means queen." "Yes it does," she said with a laugh. "Remind me again, what was your real name?" Fallon asked. "Karen," she replied.

Kristen broke character a few times, but the segment was hilarious.

The best part? Wiig introduced Fallon to one of her dragons, named "Carl." Check out the funny clip above to see these two in action ... you don't want to miss the rapid fire questions!