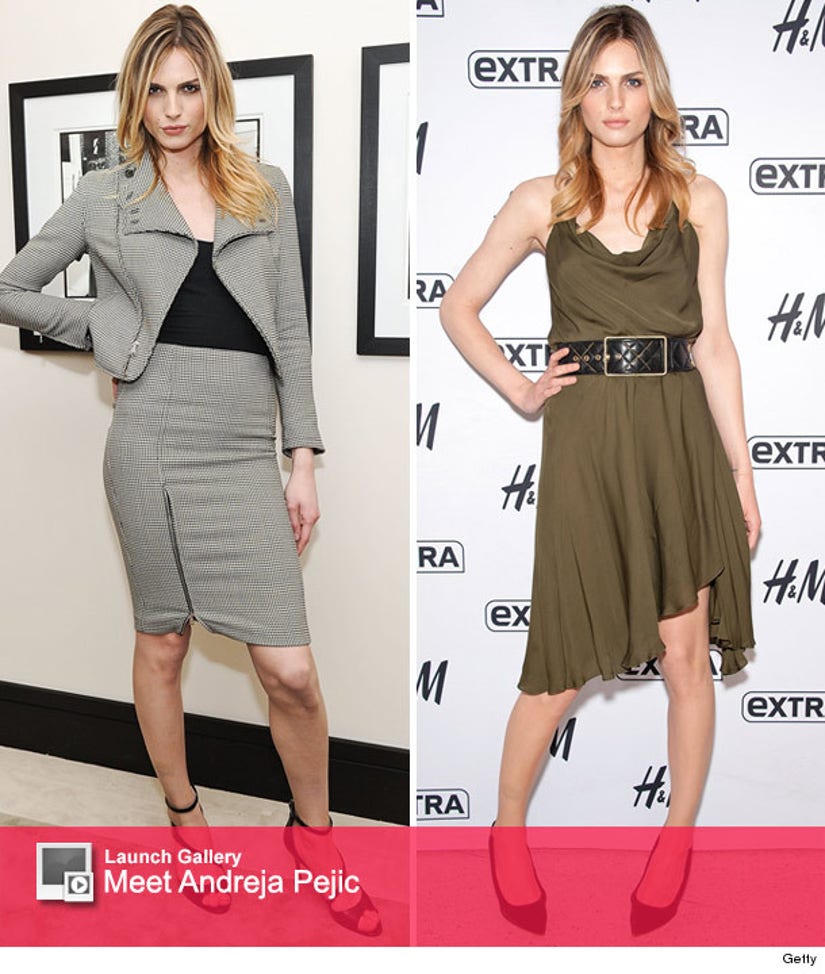 It's a big week for transgender women everywhere.

First, Caitlyn Jenner made her big debut on Vanity Fair, then "Orange Is the New Black" star Laverne Cox slayed on the cover of Essence ... now, Andreja Pejic is making history for being the first trans model to sign a makeup deal.

Make Up For Ever released their first photos of Pejic as the face of the brand this week -- and she looks absolutely stunning.

"It's the first time a major cosmetics company has taken on any trans woman, it's incredible, for me, it's obviously a huge success in my career," Andreja tells EXTRA. "I feel like we're doing something very brave, and I feel like a lot of companies should follow their example."

Pejic, who used to model in both male and female clothing as Andrej Pejic, underwent gender reassignment surgery last year and made her runway debut back in February. She then became the first trans woman to get a spread in Vogue.

"You feel freer than ever," Andreja says of her transition. "Everything that was holding you back, you don't have anymore."

The 23-year-old Serbian model also opened up about Caitlynn's Vanity Fair spread, calling it both "tasteful" and "elegant."

See more of Andreja's stunning style in the gallery above!