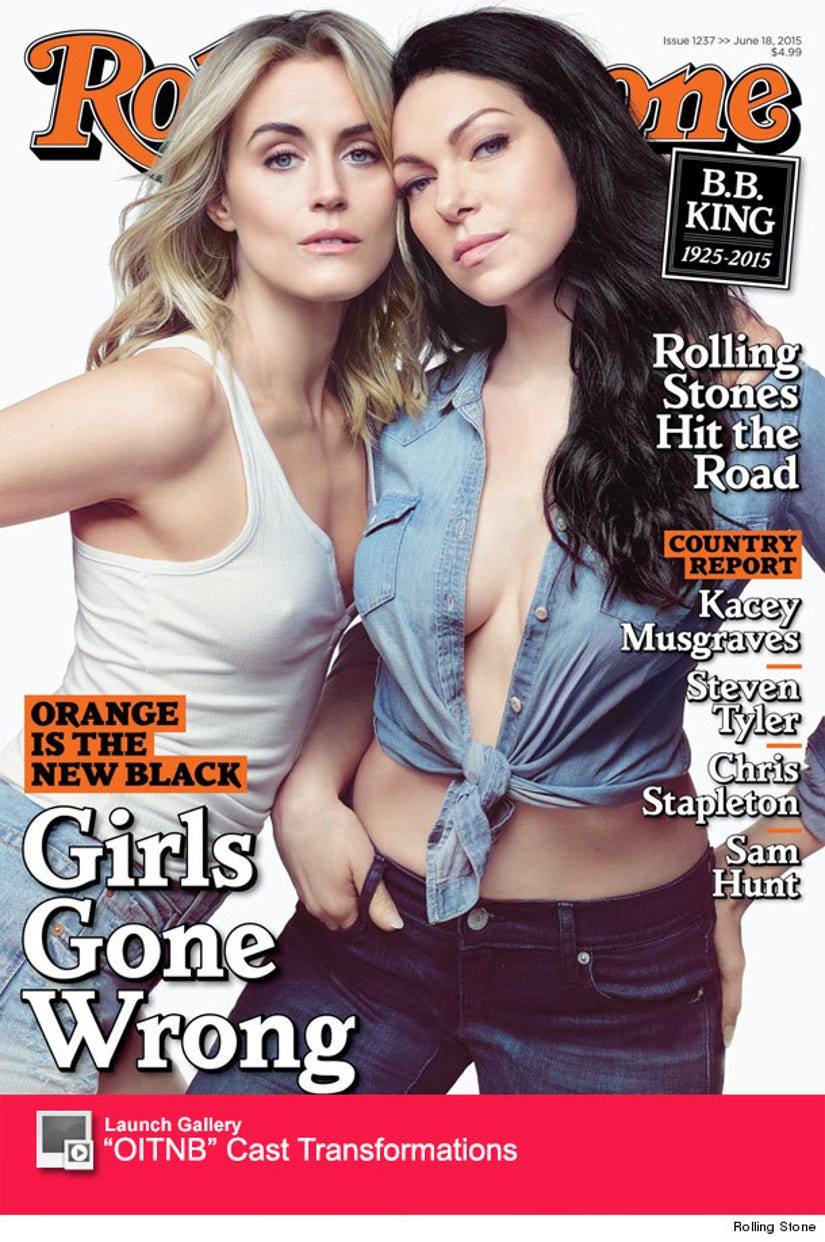 Being an inmate at Litchfield Penitentiary has never looked so HOT!

"Orange Is the New Black" stars Taylor Schilling and Laura Prepon show some serious skin in the latest issue of Rolling Stone magazine.

Taylor swaps her orange jumpsuit for a semi-sheer white tank, which she wears without a bra, as her on-screen girlfriend rocks a denim button-down shirt with nothing underneath.

The famous TV inmates open up about landing their life-changing roles on the uber-popular Netflix show, after struggling to find other work.

"We're all grateful for this opportunity to be on a show that's not about how skinny or young you are," Leyva, who plays Gloria Mendoza on the series, explains. "We know what it's like to audition and be told you're not the right type."

"They found a lot of us at a moment in our lives where we had already been through our own personal hells," Natasha Lyonne, who plays Nicky Nichols, adds.

The cast is known for their colorful personalities, but they have one thing in common -- they aren't "a-holes" on set.

"We are not going to be the example for how women don't work together," Aduba explains. "Jenji said from the beginning, 'I don't want any a**holes on my show,'" Leyva chimes in. 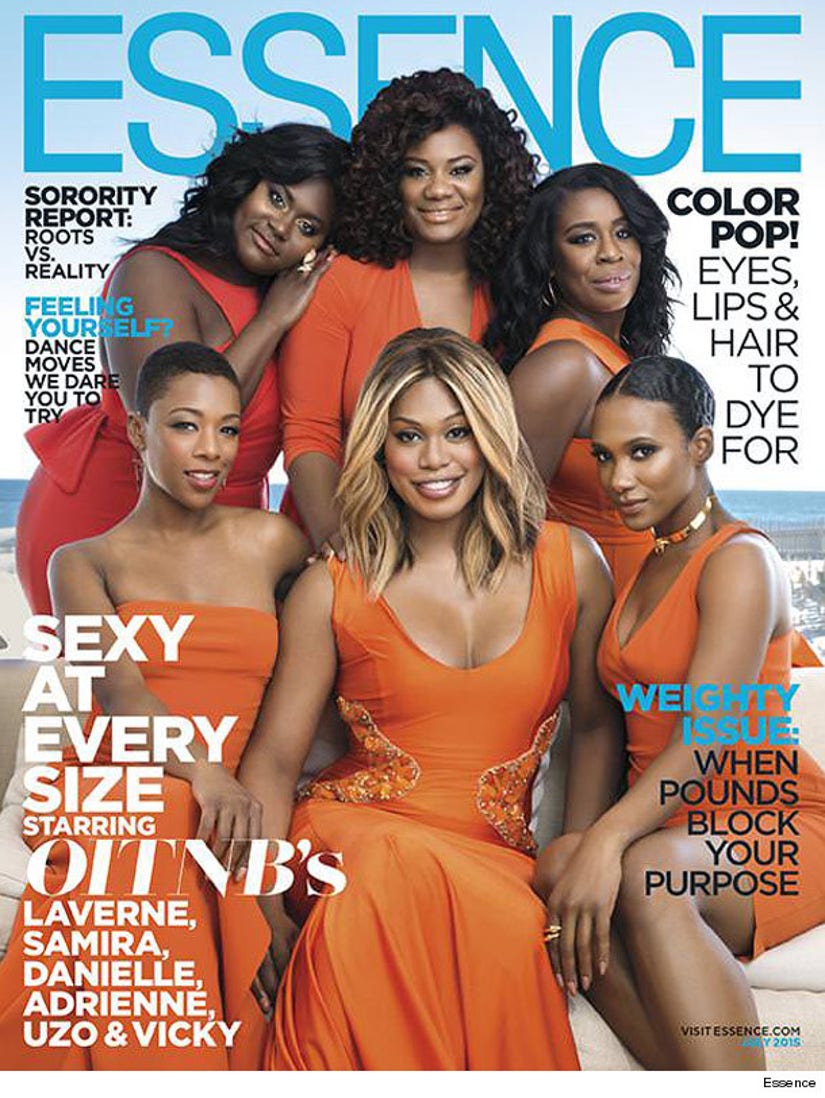 Not only did Taylor and Laura nab the cover of Rolling Stone, but their costars are gracing the cover of Essence this month!

Aduba, Cox, Danielle Brooks, Vicky Jeudy, Adrienne C. Moore and Samira Wiley shine as they celebrate being "sexy at every size" in glamorous orange evening gowns. In the article, the women talk about the obstacles they've overcome to become the women they are today.

"This is intense, and it's hard," Cox tells the mag. "What I've been doing is looking in the mirror and listing all the things I have an issue with and then saying, 'This is beautiful.' I just go down the list and tell myself, 'You have to accept that this is you today.' I make time to do this."

Aduba also opens up about how she came to love her now-iconic gap-toothed smile.

"For the majority of my first 18 years, I hated my gap," she reveals. "My mom would tell me that in Nigeria, it's a sign of beauty. I was like, 'We're in Massachusetts.' Today there's not a selfie or personal photo I take where I'm not smiling wide. It sometimes feels as if I'm making up for lost smiles."

We can't wait to see these ladies back onscreen with "Orange Is the New Black's" third season premieres on Netlix on June 12. Will you be watching? Sound off below!