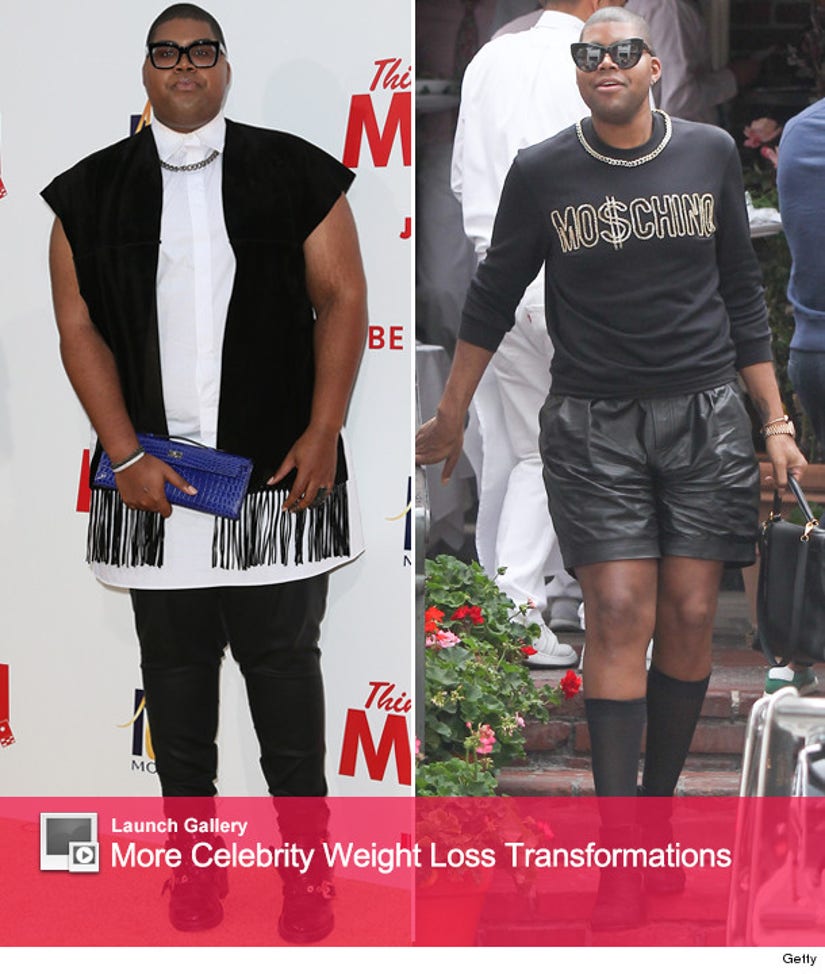 EJ Johnson has dropped a whopping 100-pounds after undergoing gastic bypass surgery nine months ago -- and he is literally half the man he used to be.

The "Rich Kids of Beverly Hills" star was spotted grabbing lunch at The Ivy in Los Angeles on Thursday, where he showed off his super slim physique in a blinged-out Moschino sweater and black leather shorts.

The Ivy is a well-known paparazzi haven, so it's clear he's proud to show off his new look!

The 22-year-old son of basketball player Magic Johnson has struggled with his weight his entire life. He recently revealed that the weight loss surgery helped him start his journey to get healthy.

"I think that it was something that really helped me jumpstart the life I definitely wanted to lead," he told Wendy Williams ﻿last month. "I wanted to be the best me I can be and that's always something I wanted to do. It's something that I struggled with and I needed that push in the right direction. And now my mindset is completely changed."

"It's definitely somewhere far over 100," he said proudly, revealing how much he's lost. "I mean, like literally almost half my size."

What do you guys think of EJ's major weight loss? Tell toofab in the comment section below, and click “Launch Gallery” above to see more celeb weight loss success stories!