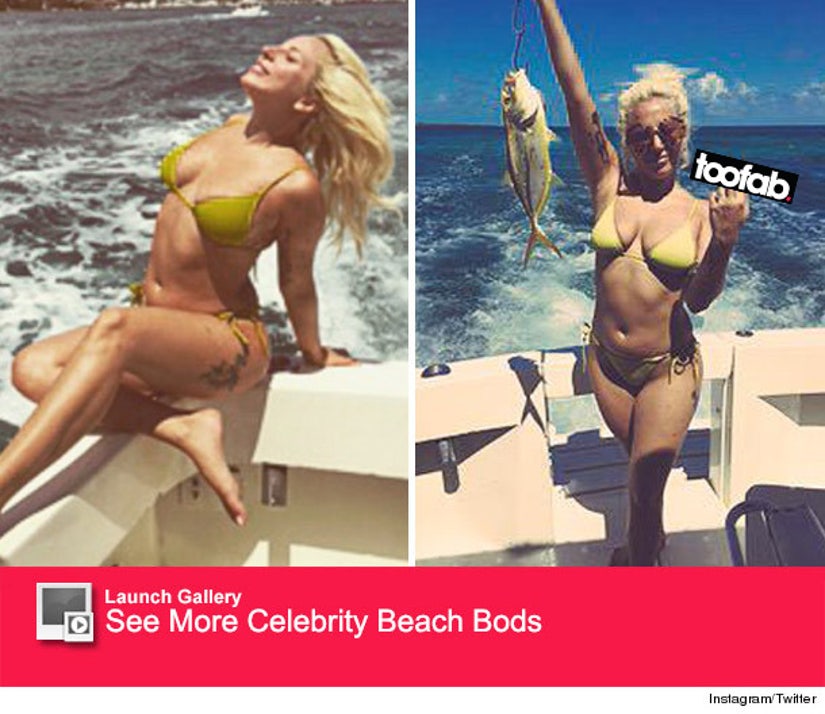 Lady Gaga isn't afraid to show off her curves ... and we can see why!

Sporting a tiny yellow bikini, the pop star put some serious cleavage and her tattoos on display as she sat on the edge of a boat with the wind in her hair.

The blonde beauty also tweeted a cheeky bikini pic, where she proudly held up her middle finger as she showed off a big fish she just caught.

"I'm marrying a Kinney, I know how to get c**try," she wrote alongside the funny photo.

The Mother Monster is joking about her fiance, Taylor Kinney, of course. The two got engaged back on Valentine's Day after the "Chicago Fire" star presented her with a stunning heart-shaped ring. 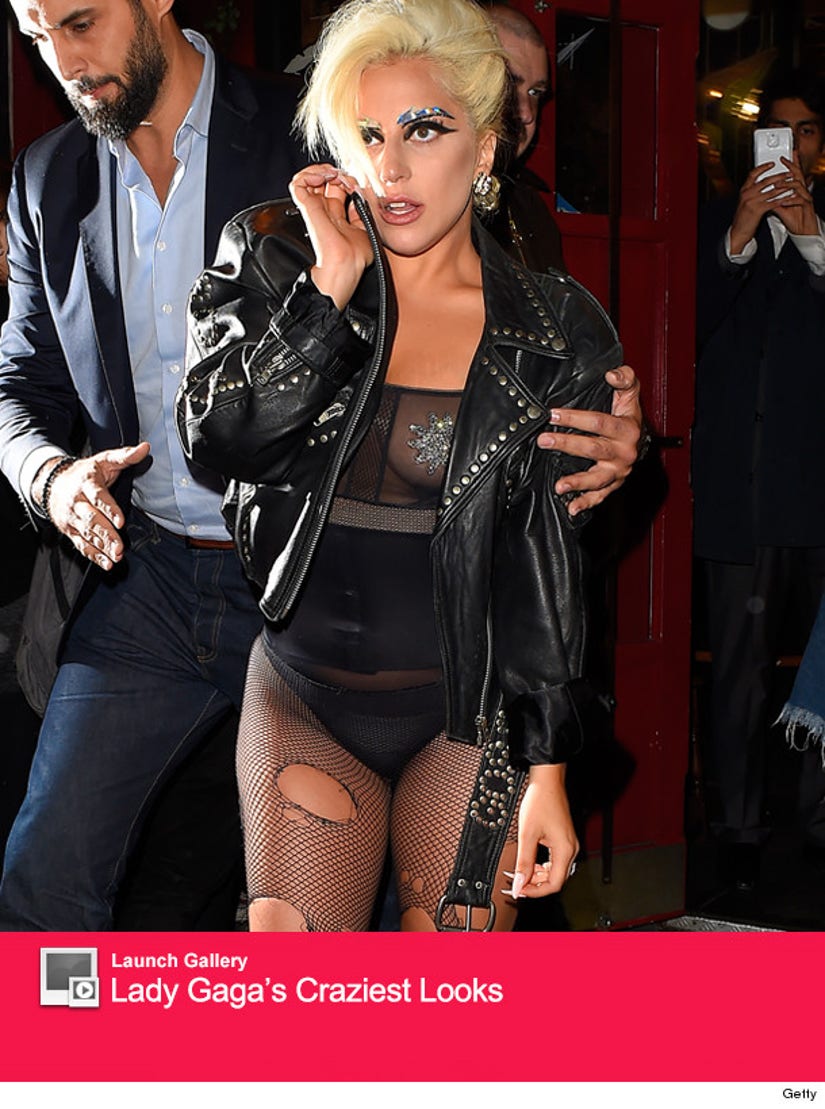 And while the duo aren't even married yet, Gaga has already had to debunk pregnancy rumors!

She recently set the record straight about haters commenting on her curves. "I'm getting a little older and many people think I'm pregnant but I tell them, 'I'm just almost f---ing 30,'" the 29-year-old singer told the audience in Los Angeles during her concert with Tony Bennett earlier this month.

The songstress admitted that she is a few pounds heavier than she once was. "Tony's taught me [that] you can live your life and feel the same every single day forever... Me on the other hand, I'm having a more difficult time with things," she said before grabbing her thigh. "A little more here and there."