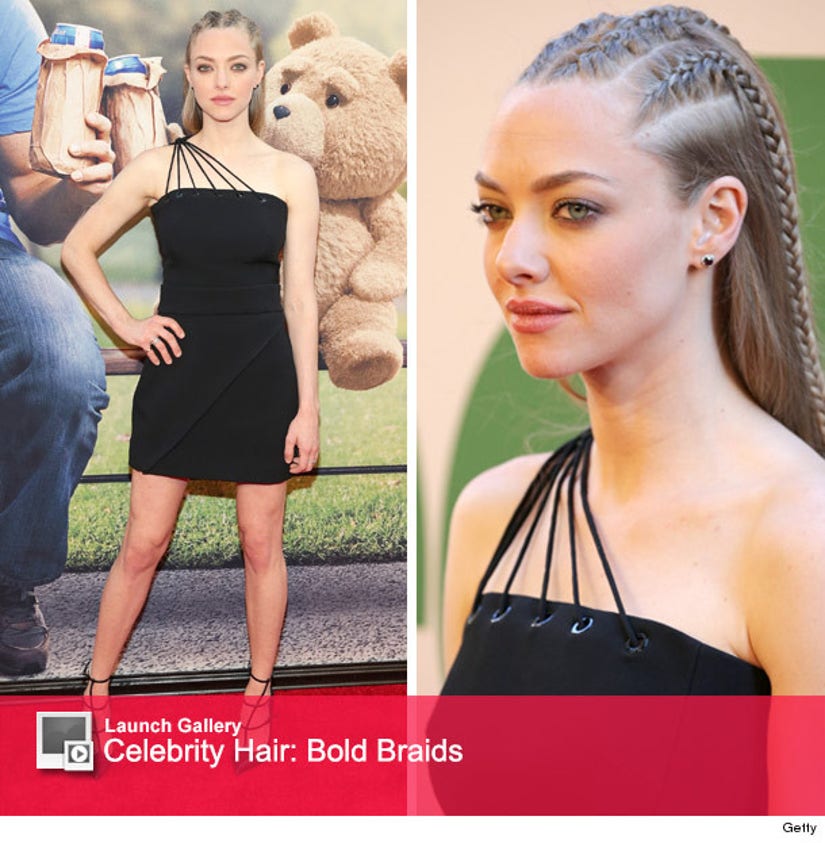 The 29-year-old actress sported a black mini LBD with a twist, as the asymmetrical dress was held together by string pulled over one shoulder.

But it wasn't the dress that stole the show, it was her bold new 'do!

The "Mean Girls" alum sectioned her golden blonde tresses into cornrows across the crown of her head, leaving the rest of her long locks swept back. She kept her makeup minimal, making her eyes pop with smokey eye liner.

This isn't the first time Amanda has rocked braids at a big premiere. She paired her flirty red Valentino dress with a double French braid wound into a bun at the "While We're Young" screening back in March. 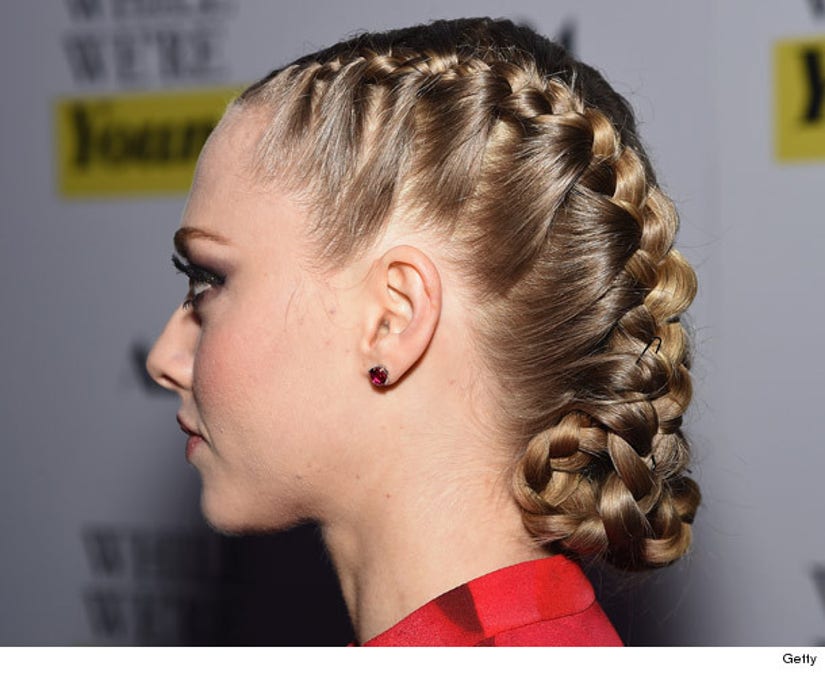 "When I saw Amanda's dress, I knew I wanted the hair to feel youthful, playful and innocent," celebrity hairstylist Renato Campora told Glamour ﻿at the time. "I decided on French braids but still wanted to maintain a bit of sophistication and structure."

Find out what toofab thought of her bold braids in the video below: