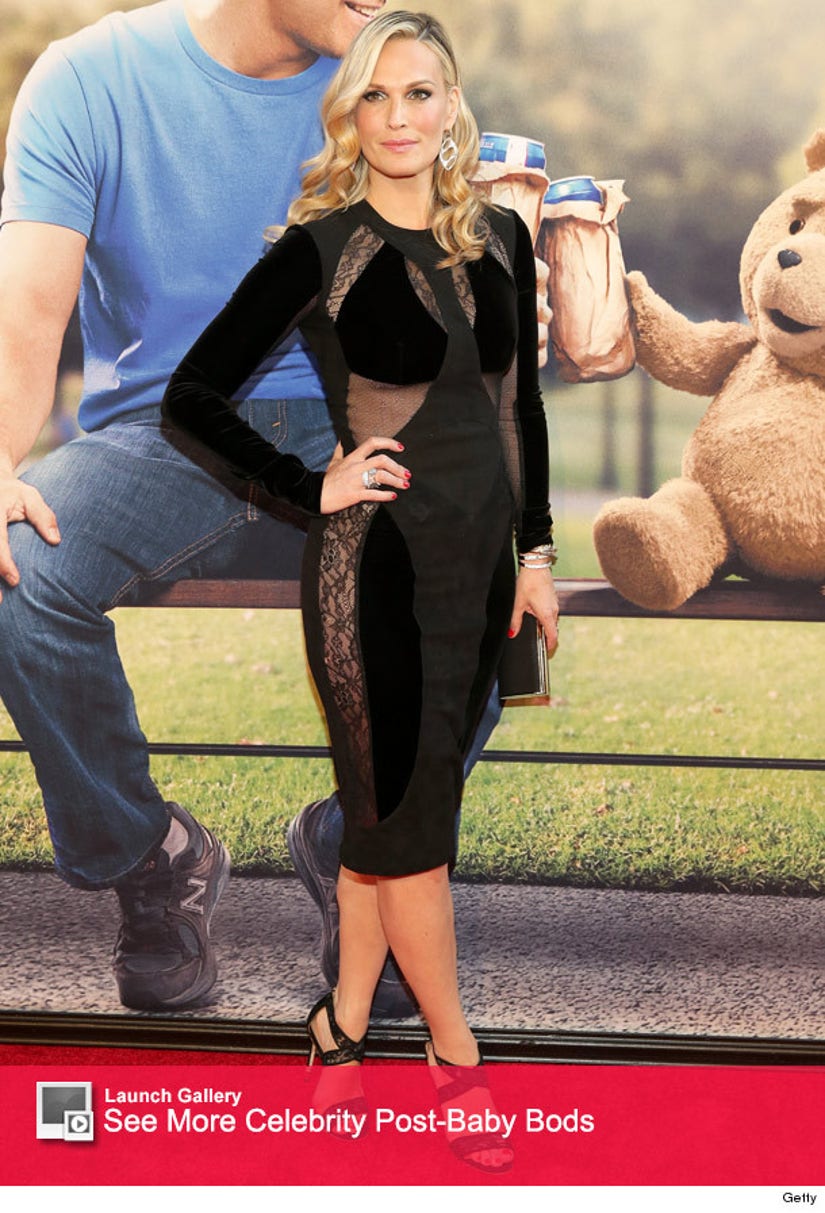 Molly Sims put her slim post-baby bod on display at the "Ted 2" premiere on Wednesday night in New York City.

Sporting a super sexy black midi dress with sheer paneling along the side, the 42-year-old actress showed off her toned abs as she hit the red carpet.

It's hard to believe the mother-of-two welcomed daughter Scarlett back in March -- check out her tiny waist!

The blonde beauty recently admitted that it was tough to lose the extra weight, but it seems, she bounced back with the help of Baby & Me Yoga.

In the video above, Sims works on her yoga moves with the help of a very special guest: Her baby girl!

The supermodel, who also has 3-year-old Brooks with husband Scott Stuber, revealed that she's been blessed with relaxed babies. 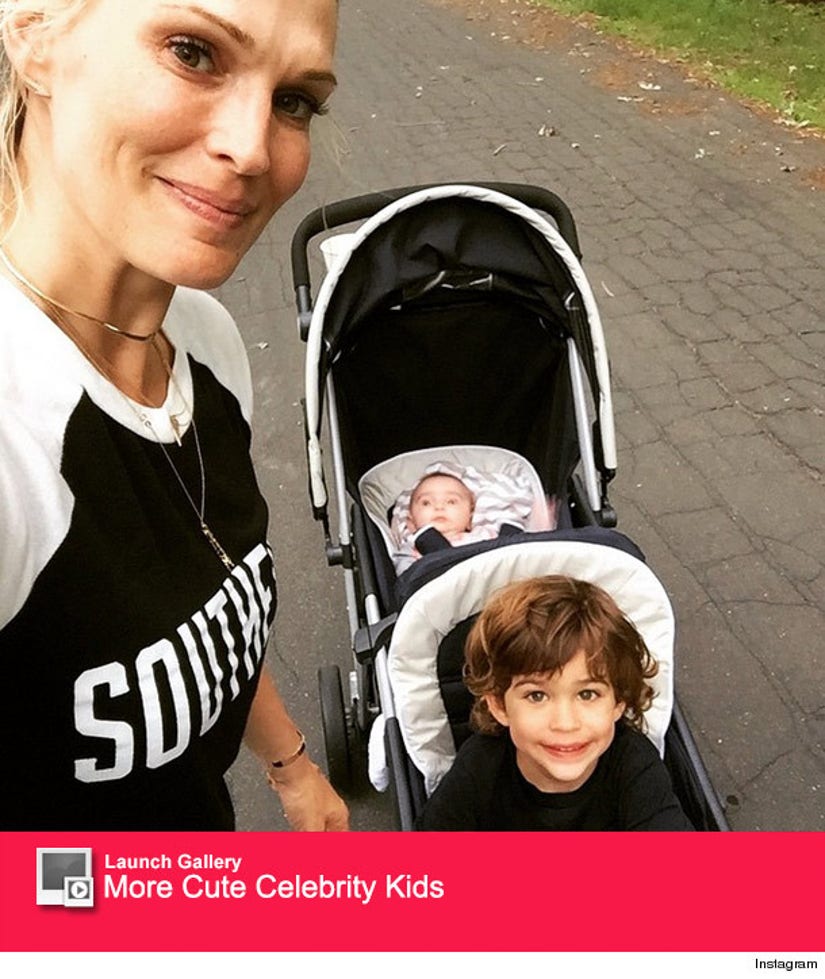 "I don't know why, but I make calm babies. She's probably cried six times in her whole life," the new mom told People of her daughter.

"I think there's a content you've never felt in your entire life," she later told the mag of the joys of motherhood. "There's a magic, there's just a gratefulness that you can't explain."