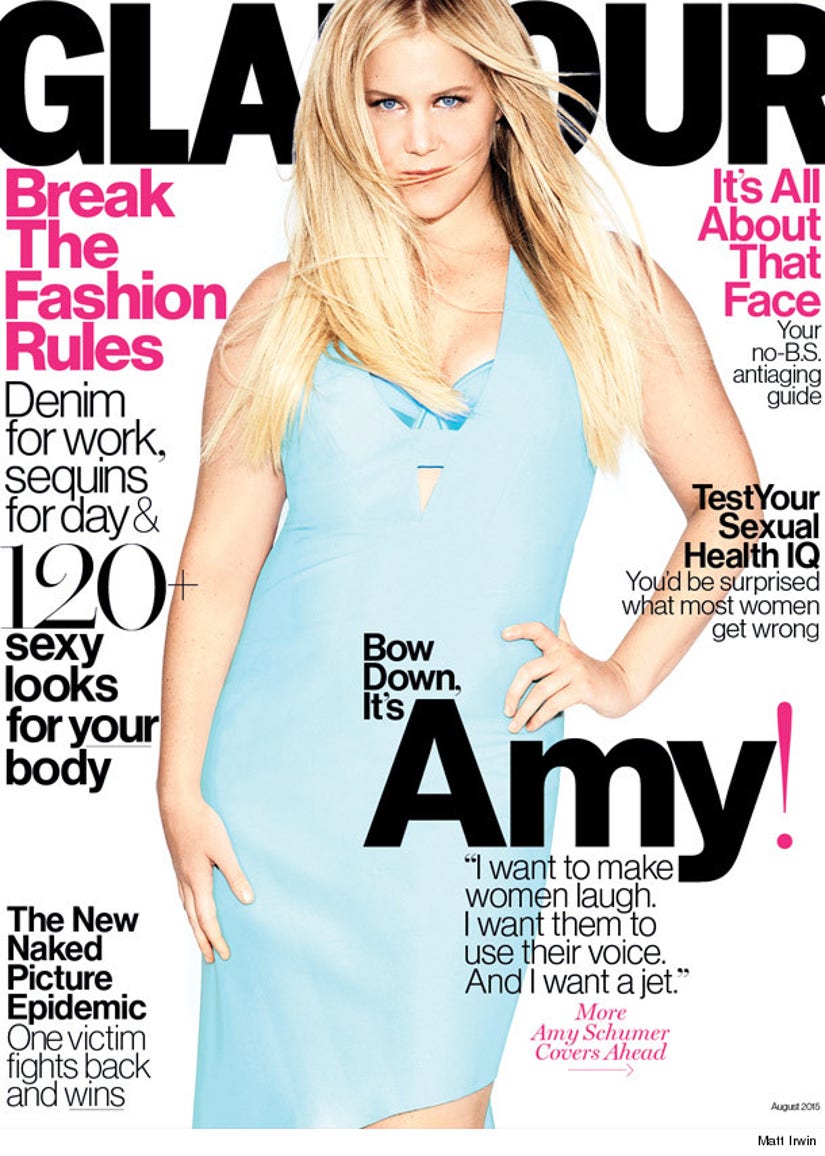 Amy Schumer's getting extremely candid about her personal life!

The comedienne covers the August issue of Galmour magazine, where she shares her dating 'dos and don'ts and reveals how the spotlight has impacted her romantic relationships.

The "Trainwreck" star made headlines earlier this year at the Glamour U.K. Women of the Year Awards, when she admitted during her speech that while she's 160 lbs, she has absolutely no problem landing guys. Amen, sista!

"If a guy was like, 'I can get pu--y whenever I want,' that guy would be a dickhead. But to deny that there's a major difference is ridiculous. For women, we're taught to eat less until we disappear. And trained to believe that if you don't look like everyone else, then you're unlovable. And men are not trained that way," Schumer tells the mag. "Men can look like whatever and still date a supermodel. I'm proud of what I said. I think it's good to see somebody saying: I have a belly. And I have cellulite. And I still deserve love. And to catch the old D. And to not apologize."

Amy also gets hilariously candid while revealing her dating dos and don'ts.

"Do what you feel you want to do while also considering how you'll feel the next day…. Don't not have an orgasm," she confesses. "Make sure he knows that you're entitled to an orgasm. I like to say it. I'll be like, 'Hey, there are two people here.' I'll be like, 'Oh my God, have you met my cl-t?' Don't be self-conscious." 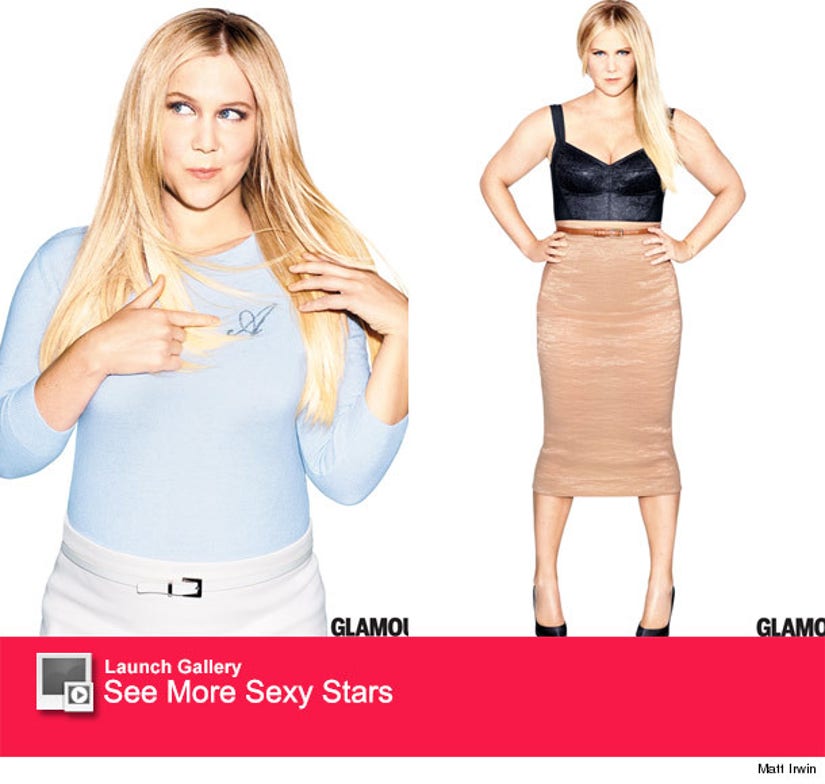 While the 34-year-old is one of the biggest names in comedy right now, Schumer also says that the spotlight has taken a toll on her love life.

"It's hurt it," she says. "Now I have to wonder what people's intentions are, and also people think that I have more sex than I do. But you know what? I made a decision. I'm gonna do this anyway. [Laughs.] I'm gonna keep speaking up and creating all this work. I could have roped it in and hopefully found a mate. But I made a decision. And it does feel like sometimes it's a sacrifice for my love life and social life. Hero alert!"

And when it comes to the blonde beauty's ideal Summer day, Amy knows exactly what she wants!

"Oooh—fantasy day. Wake up at the beach. Have two eggs over easy, whole-wheat toast—no, a baguette, with jam, butter. Go down to the beach after I digest. Play volleyball with you [interviewer and sister Kim Caramele] until we're sucking wind. Go in the ocean. Play more volleyball. And we're playing really well. We're winning. At night we walk over to a restaurant/ bar. Have great wine. Watch the sunset. I hug you goodbye. I get picked up in a helicopter by whatever guy I'm into at the moment— and/or Tom Hardy. Actually, I would be like, 'Tom Hardy, you're better than this. Why are you f--king me?' We fly around. Make out. Go home. Have sex. Watch a movie. He leaves; you come over. We drink scotch and watch Orphan Black," she hilariously reveals.

Gotta love a woman who tells it like is! What do you think about the "Inside Amy Schumer" star's candid comments? Sound off below and check out the gallery above to see more sexy celebs!