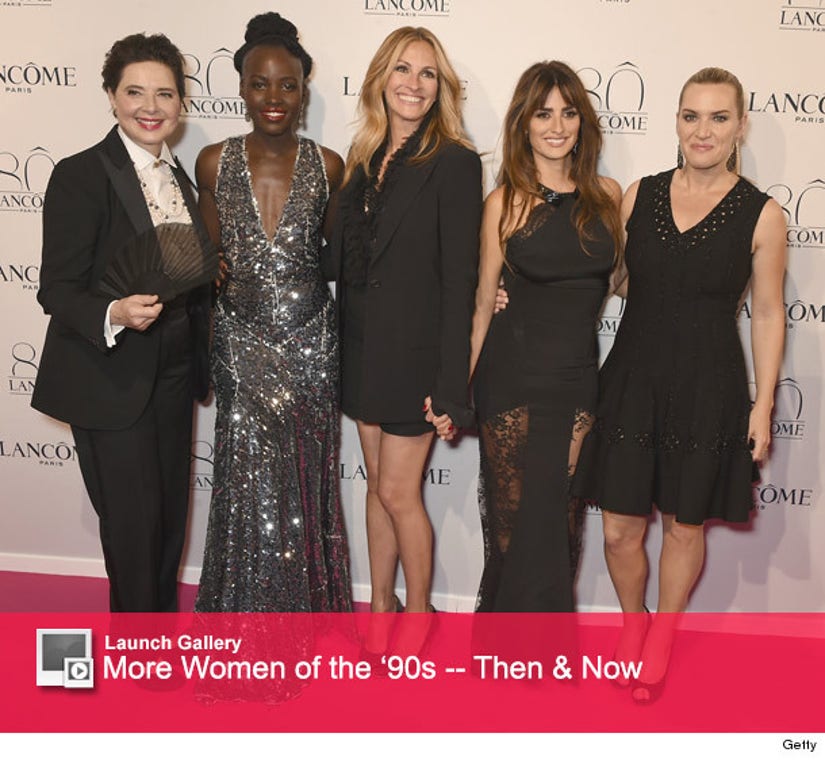 Wow, what a group!

Isabella Rossellini, Lupita Nyong'o, Julia Roberts, Penelope Cruz and Kate Winslet made for one very powerful posse at a Lancome's 80 Years of Beauty event in Paris on Tuesday.

The stunning A-list actresses, who have all been ambassadors for the brand, stole the spotlight as they posed for pictures at the event.

Rossellini dazzled in a classic tux, as Nyong'o stood out in a sparkling silver Prada number.

Roberts went with her signature suit, but added a flirty touch with the shorter length and delicate lace blouse. Meanwhile, Cruz stunned in a black Emilio Pucci gown with lace accents.

And, last but not least, Winslet showed off her killer curves in a black fit and flare mini by Alaia.

These Hollywood veterans have definitely found the secret to aging gracefully. In fact, Roberts has said that she's happy to let nature take its course.

"By Hollywood standards, I guess I've already taken a big risk in not having had a facelift," she told the UK's You magazine last year.

"I've told Lancome that I want to be an aging model," she added. "They have to keep me for at least five more years until I'm over 50."