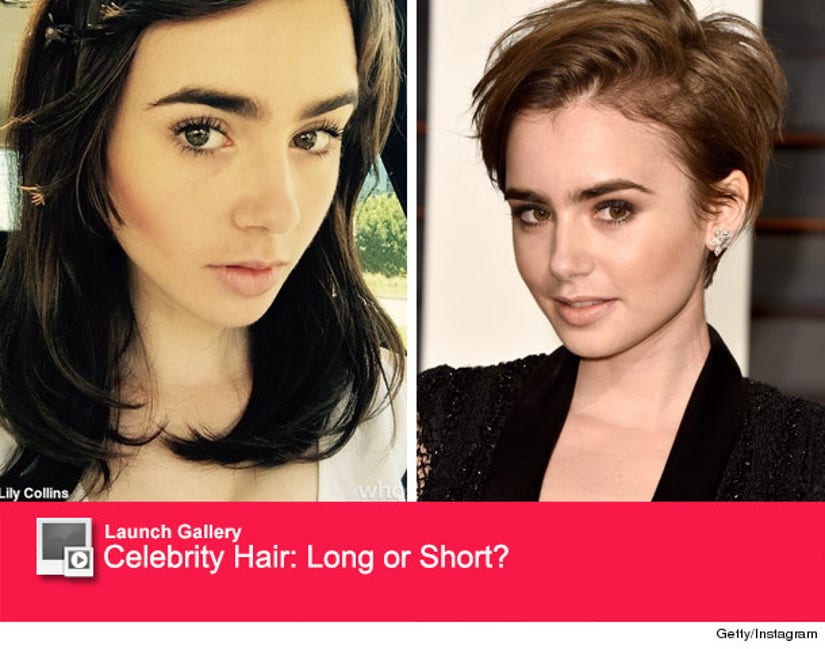 We forgot what Lily Collins looked like with long hair!

The "Mortal Instruments" star has been rocking a pixie cut since February -- but took to Instagram on Wednesday to debut a whole new look.

"A little extension goes a long way. Weaving my way around LA #wednesdayweave #onedayinnextdayout #whynotplayaround?" she captioned the photo.

In the pic, the 26-year-old shows off some noticeably longer locks, which seem to be the work of hair extensions. Judging by her caption, it seems that the look is only temporary ... so we can expect to see the actress's Audrey Hepburn inspired 'do back soon.

Lily has been a big fan of hair transitions in the past.

The star previously transformed her super long locks into a lob, then a bob and then debuted a cropped style at this year's Vanity Fair Post-Oscars bash.

The star most recently walked the runway during Paris Fashion Haute Couture week in the Chanel show with fellow celebrity off-spring Lily-Rose Depp!

What do you think of the star's new look? Sound off below then click "Launch Gallery" to vote on more celeb hair better short or long!?!