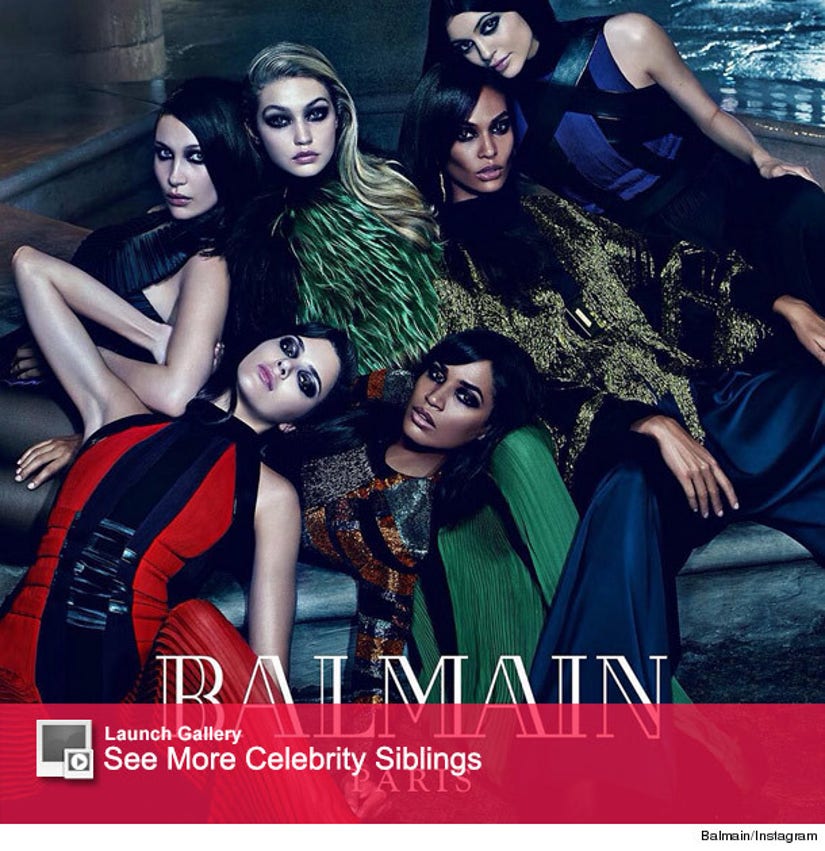 Have you ever seen so much perfection in one photo?

Kendall and Kylie Jenner, Gigi and Bella Hadid and Joan and Erika Smalls teamed up with Balmain's creative director, Olivier Rousteing, in a sibling-inspired photo shoot for the fashion label's fall campaign.

"Starting with a determination to once again focus on the beauty of an intimate connection, my team and I quickly concluded that a celebration of the unique and unconditional love of siblings is a natural progression from the spirit of last season," Rousteing said in a press release. 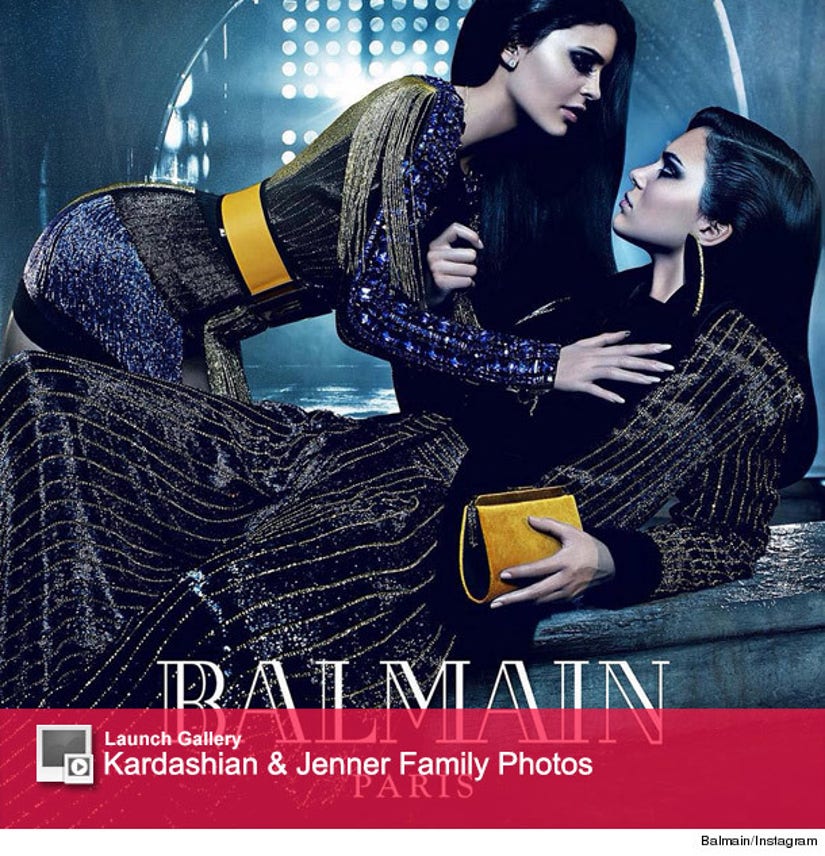 The designer said it was Kimye's passionate pic from last year's campaign that brought about the inspiration to incorporate Kendall, Gigi and Joan's baby sisters into this year's sultry shoot.

"This season's Balmain campaign was inspired by a brief, key moment that happened while we were shooting our last campaign,” Rousteing said. “While I watched Mario capture a kiss last fall, I was struck by the love and emotion that I was witnessing in front of me.” 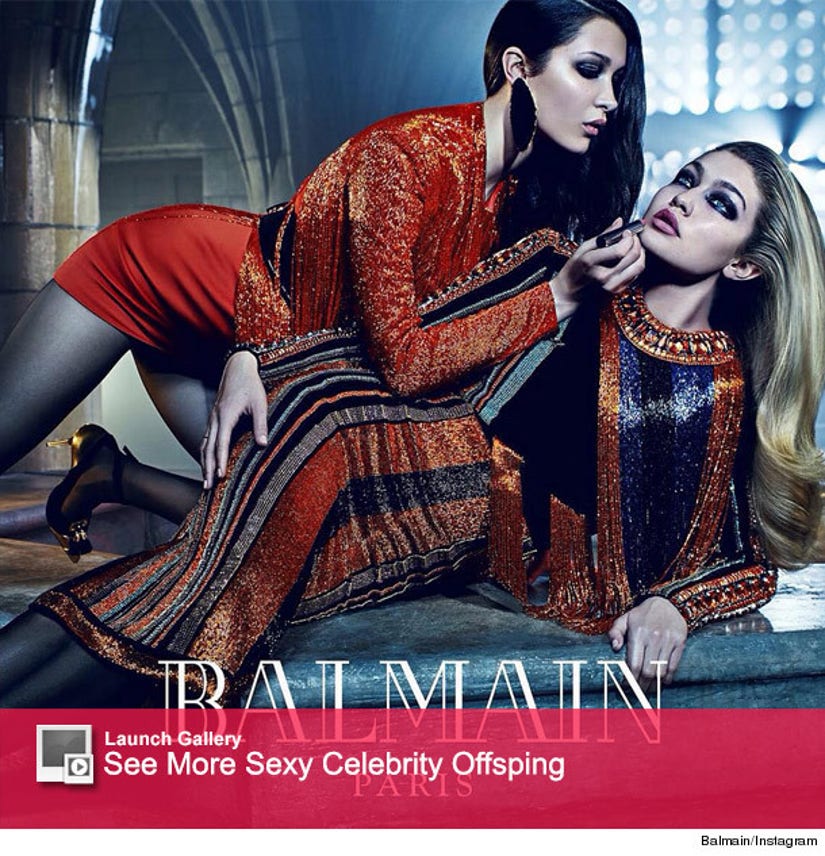 The gorgeous models and their just-as-gorgeous sisters took to social media on Thursday to post their solo sister shots.

In the Jenner pic, Kylie is photographed dominating big sis Kendall. In the Hadid shot, younger sister Bella is shown overpowering Gigi. And in the Smalls photo, model Joan poses seductively with Erika. 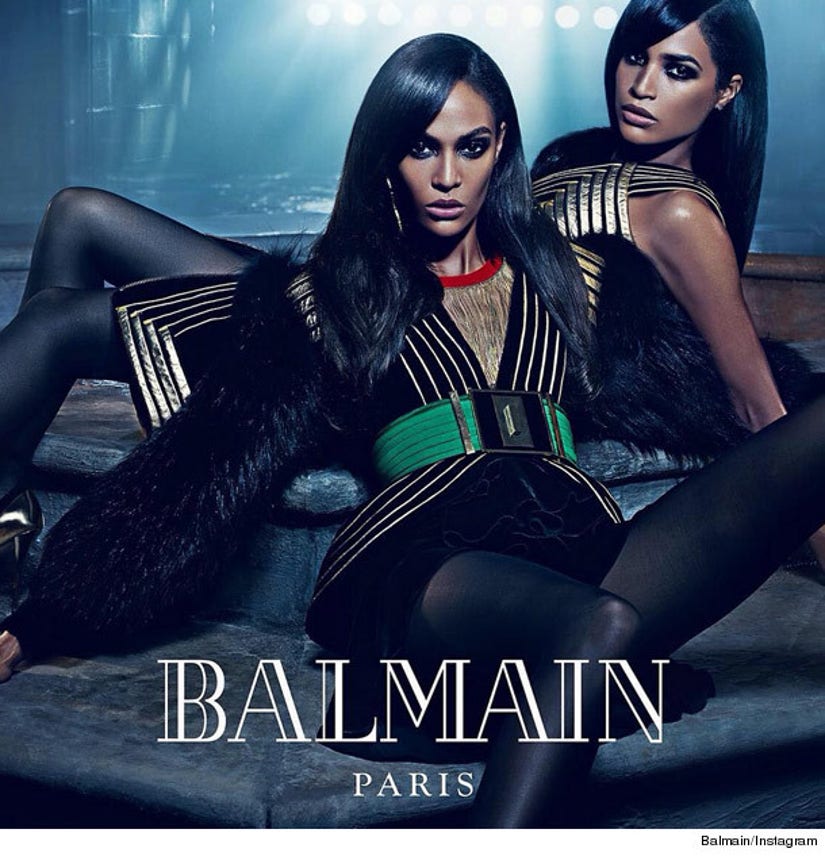 From what we can tell, it looks like dark metallics, bold colors and sibling love will be in this fall.