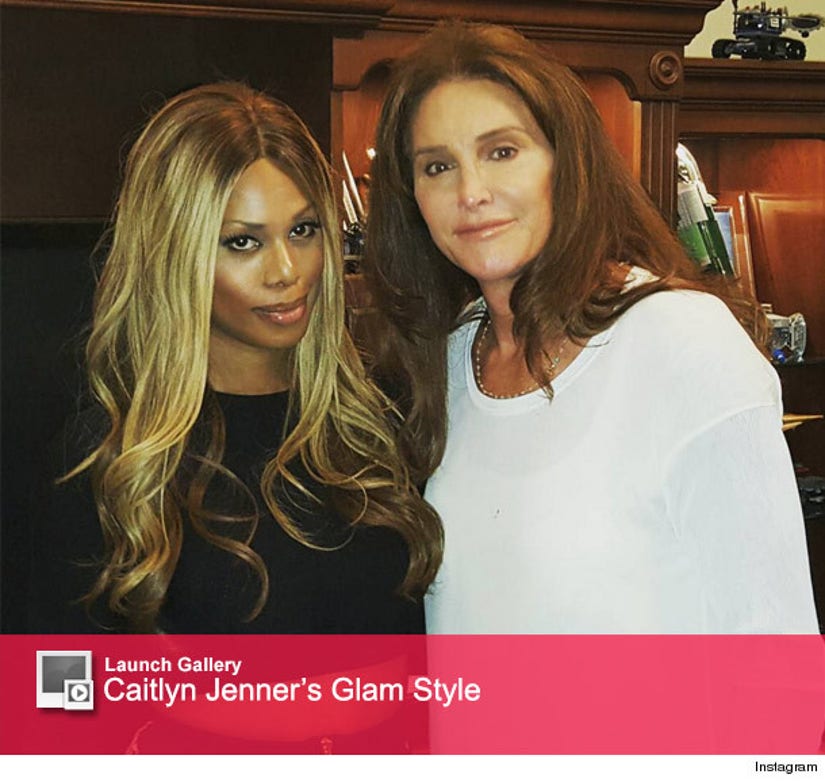 "[It was] pretty awesome," the actress told host James Corden on the "Late Late Show" Monday. "We had spoken on the phone several times. She called me the day after her ESPYs speech actually. She's such a sweet woman, loves her family, and just thinking about that whole paparazzi life that she has, I don't want that life."

The "Orange Is the New Black" star, who met Cait at a private screening of her upcoming docu-series, "I Am Cait," explained what fans will see in the premiere episode.

"You'll see in the first episode of that show that she sometimes has to change cars multiple times to dodge the paparazzi," Cox revealed. "Which is an insane way to live."

"There's no way she could have transitioned privately, and I think she's doing it very eloquently and beautifully publicly," she added.

This isn't the first time that Laverne has publicly supported Jenner.

After Caitlyn's debut in Vanity Fair, Cox blogged about the 65-year-old star on her Tumblr page, praising her for her courage.

"Yes, Caitlyn looks amazing and is beautiful but what I think is most beautiful about her is her heart and soul, the ways she has allowed the world into her vulnerabilities," she wrote. "The love and devotion she has for her family and that they have for her. Her courage to move past denial into her truth so publicly. These things are beyond beautiful to me."