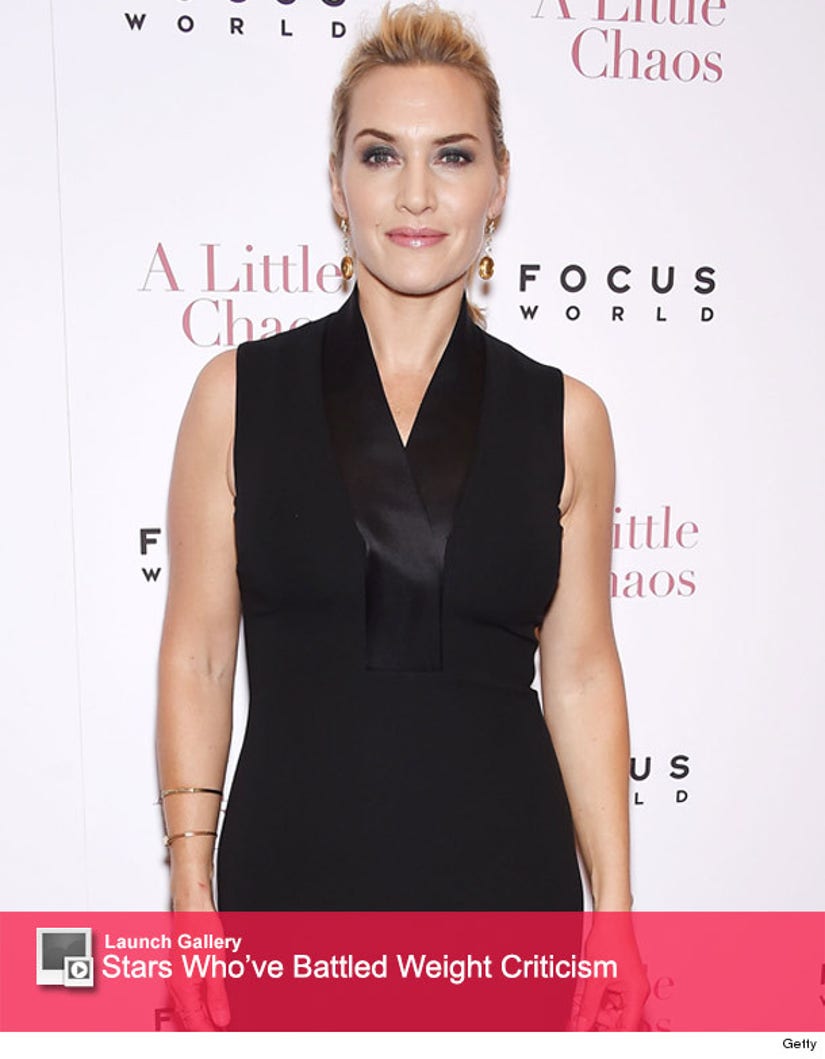 The Oscar-winning actress opened up about teaching her daughter Mia (and herself) positive body image during Monday's episode of "Running Wild with Bear Grylls."

The "Titanic" star got extremely candid with Grylls while discussing her own self-esteem issues as the two built a fire together. "I was chubby, always had big feet, the wrong shoes, bad hair," she confessed during the episode.

"When I grew up, I never heard positive reinforcement about body image from any female in my life," she said, while exploring Snowdonia, Wales with Bear. "I only heard negatives. That's very damaging because then you're programmed as a young woman to immediately scrutinize yourself and how you look."

Now, as a mother, "The Reader" star says she's trying to prevent passing on her own insecurities by teaching her 14-year-old daughter to love herself. The mother-daughter duo even practice self-esteem reinforcing exercises together.

We think it's great that Kate is trying to instill confidence in her kids -- what do you think about the actress' candid comments? Sound off below and check out the gallery above to see more stars who've battled weight criticism!