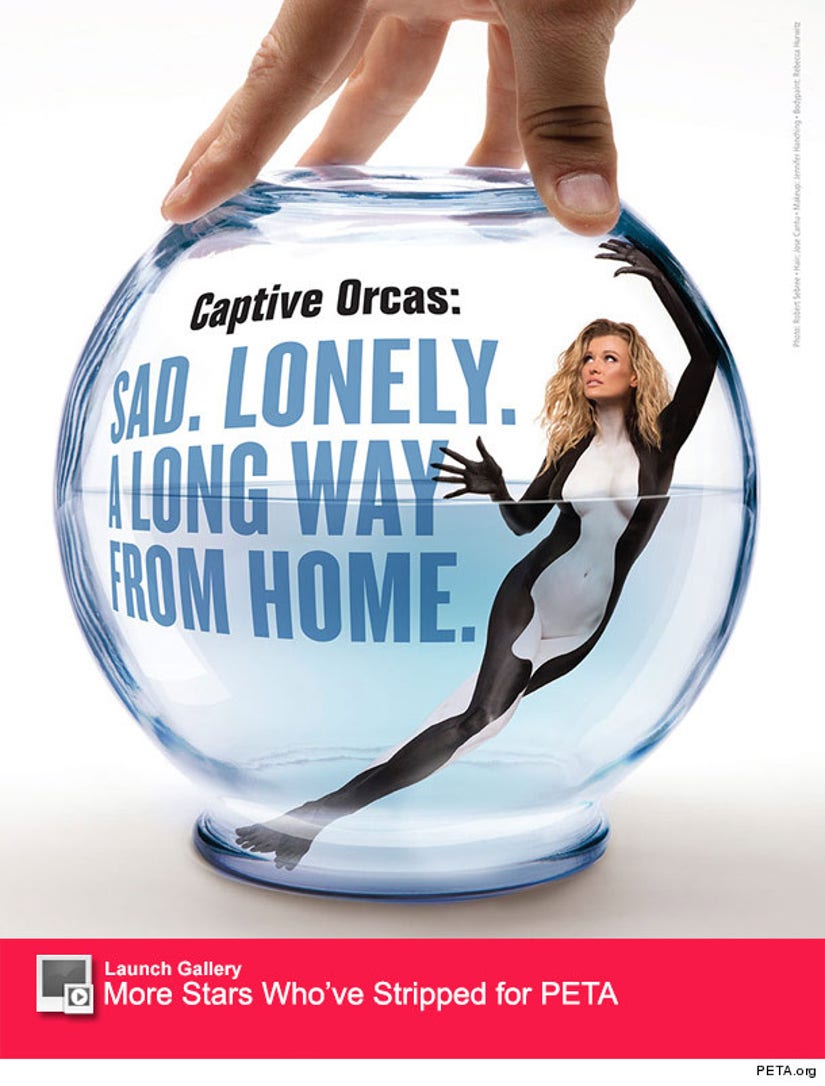 Who knew body paint could carry such a strong message?

Supermodel Joanna Krupa has teamed up with PETA for the organization's latest ad campaign, which puts SeaWorld on blast for the marine mammals they keep in captivity.

Almost as striking as the ad's tagline which reads, "Captive Orcas: Sad. Lonely. A Long Way From Home," is the model's flawless figure, covered solely in black and white body paint.

The powerful ad is representative of the lives these killer whales are forced to live while in captivity. PETA also reports that "attendance at SeaWorld parks has dropped and [that] the company was named one of the most hated in the U.S." since the documentary "Blackfish" was released in 2013.

Joanna is not shy about her message: The model/actress is calling for a mass boycott of SeaWorld and anything SeaWorld related.

"I can only envision and feel the pain of these animals being stuck in a tiny aquarium,” she says. "Normally, orcas swim 100 miles a day. Here, they've been captured since they were little babies or they're [bred] to make more babies. It's like, why? For the profit of selfish human beings?"

But Krupa isn't the only star who's teamed up with the organization to stop animal cruelty. Jason Biggs, Marisa Miller, Jessica Biel, Alec Baldwin and others have joined forces to help get the message across that SeaWorld is in direct association with the abuse of orcas and other marine mammals.

Check out Krupa's sexy ad in the video above and take a look at the gallery to see which other celebs have stripped for PETA!